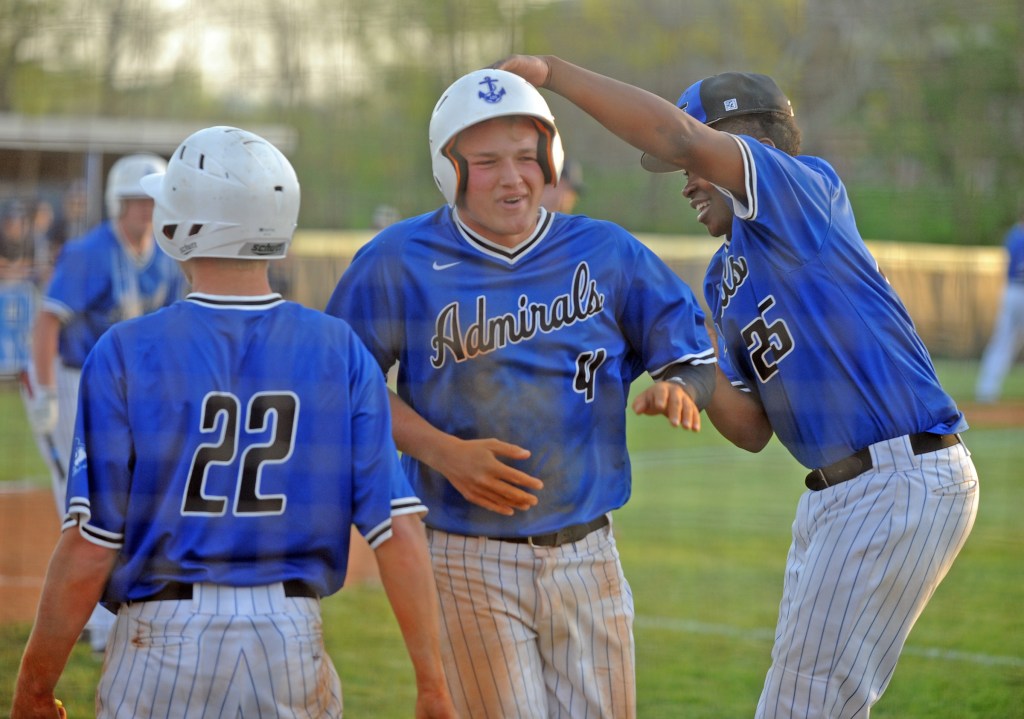 Danville baseball played its third game in two days on Wednesday and didn’t miss a beat.

The Admirals defeated Knox Central 13-3 in six innings, less than 18 hours after getting home from a doubleheader sweep at Casey County.

Danville was originally scheduled to play Mercer County, but that game was canceled and Knox Central answered the call to play the Admirals — but it was the Admirals who came to play from the start of Wednesday’s contest.

Ethan Wood showed his stuff from the beginning, striking out five of the first seven batters he faced.

At the plate, Danville scored all of the runs it would need in the first inning: Would would single to score Brennan Washington for the first run of the game, then Cayden Shaver followed it up with a two-run home run. Preston Barnes would score on a groundout by Bryson Young to give Danville a 4-0 lead after one inning.

“I was pleased with the way we approached the game,” Danville head coach Paul Morse said. “They were excited about playing, they stepped up to the challenge and that was good to see.”

Wood continued to pound away, as did the Admirals’ hitters on a quality opponent: Knox Central (14-4) won the 13th Region last year and beat Boyle County in the first round of the 2017 state tournament.

“That’s a really good team, I think that’s the most talented team that we’ve played all season,” Morse said. “I think they return just about everybody from last year’s final eight team. They lost one arm and their catcher. It was a great win. They were 14-3. We’re playing well.”

Danville would add one run in each of the next three innings.

In the third, Wood allowed the only blip on his scorecard: Knox Central had two runners reach base and errors extended the inning for Joe Engle to hit a three-run home run.

But that’d be it for the Panthers. Wood wasn’t feeling his best during the game, but Morse said he was certainly pitching his best.

“Before the game and at least in the first one or two innings, (Wood) would throw up in the bullpen between innings,” Morse said. “He was not well but I told him in the fourth inning, it was the best stuff he has had all year. He was throwing 89-93 (mph) early in the game and he had a ton of movement, you could tell by the way our catcher was catching the ball: He was struggling with the run on Ethan’s ball, and he was throwing breaking pitches for strikes.

“It’s funny how that works sometimes, when guys are sick or under the weather, don’t know if they get more focused or what, but he did an awesome job today and really battle for us.”

Wood finished with a complete six-inning game, giving up three runs (none earned) on four hits and two walks while striking out 11.

Danville would plate three runs in the fifth and sixth innings, culminating in a run-rule victory after Austin Mott scored on a wild pitch.

Morse said he loved the way his team batted around throughout the game: Top to bottom in the lineup, every Admiral reached base and eight of the nine had a hit. Seven had at least one RBI.

“The kid we faced, he’s got really good stuff, that high three-quarter release and had a lot of run on the ball, works inside and throws his slider away,” Morse said. “That’s stuff we needed to see in order to be successful come tournament time. It was good to see 1-9, even if we didn’t get a hit, we had good at bats. We made him throw pitches, foul balls off, move runners and get bunts down. Besides two errors in that one inning, I think it was a really complete game.”