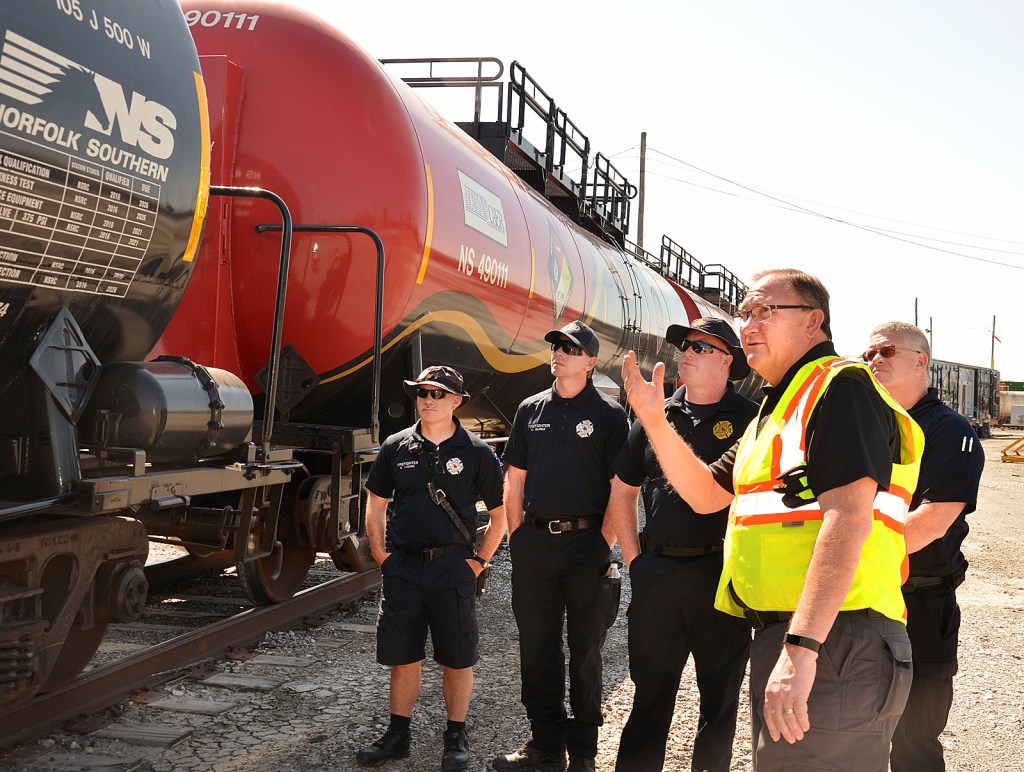 Area first responders have an opportunity to receive free training in railroad emergency response so they can be more prepared to handle a train derailment that involves hazardous chemicals.

Boyle County Emergency Management, in conjunction with Norfolk Southern Railroad brought the operations, awareness and response class to Danville. The class is held in a special train used to show first responders what to do — and not do — when there is a chemical leak or explosion involving train cars. 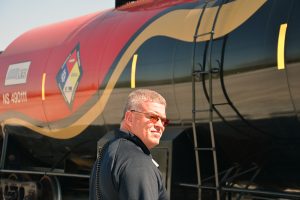 Director of Boyle County Emergency Management Mike Wilder said there is a tremendous amount of train traffic that travels through Danville and Boyle County, so it’s very important for local first responders from all fire departments, police departments, sheriff’s office and EMS be trained on how to handle an emergency.

He said if a derailment happened in Danville, emergency responders need to know how to find out what chemicals are posing the threat and how far out the containment and evacuation area should be. 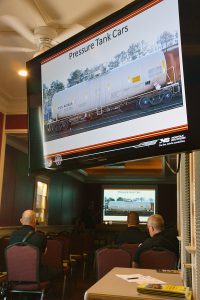 If any hazardous materials were released or posed a threat of explosion, first responders would have to evacuate the elementary schools, Centre College, all of downtown and the surrounding neighborhoods, Wilder said.

The free training is a great service the railroad provides, Wilder said.

“They want them to be trained to handle it.”

Norfolk Southern Railroad hazardous materials compliance officer John Lerner said any first responders in Boyle and the surrounding counties can take one of two sessions offered each day through Thursday — at 8:30 a.m. or 1:30 p.m. Each session lasts about four hours.

In an air-conditioned boxcar Tuesday afternoon, James Bryan, another hazardous materials compliance officer, explained to a group of Danville firefighters what different cars are capable of hauling and what all of the placards and numbers mean. Using a powerpoint presentation, Bryan explained how cryogenic tank cars are dangerous.

“They’re terrible. Do no open that cabinet,” he said as he pointed to a photo of metal doors attached to the side of a the special car. 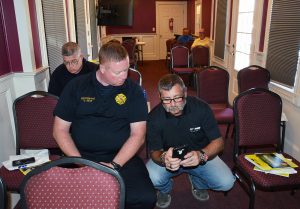 Other cars that could be involved in a derailment are flat cars that carry lumber, pipe, steel and machinery; gondolas — “the dump truck of the railroad,” Bryan said — that carry scrap dirt and waste; hoppers that usually carry food, plastics and explosives; boxcars that can contain foods and can carry dry ice; and refrigerated cars that are very flammable, Bryan said.

Responders need to remember if a boxcar is damaged, its 1,700-pound door can fall off and kill a person, he said.

While showing a picture of one of a refrigerated car, he said if first responders are ever faced with a train accident and a refrigerator car is sitting still, upright on the tracks, “push the big red button to turn it off.”

If an automobile carrier full of vehicles is on fire, “let it burn.” 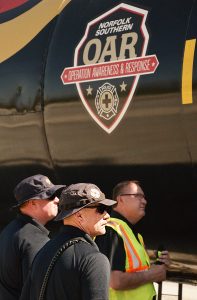 It’s best to call the operations, awareness and response team if officers have any situation with the railroad cars, Bryan said. He warned officers not to make a bad decision and think they can handle the emergency by themselves.

If first responders are ever faced with a dangerous situation involving tank cars and leaking gas or chemicals, “You don’t have the equipment. But I’m sending you help. You’re not in this fight alone.”

When Lerner took the group outside to inspect the different cars, he said firefighters are trained to save lives. “If people are inside, it’s a no brainer. That’s what you’re trained to do.”

However, if a hazardous chemical spill happens, “We take care of it. There’s a lot of stuff out there that can bite you.”

Lerner said his advice to first responders is to remember, “Life, health and safety.” If something is burning because of a train accident and it’s out in the middle of nowhere, “Don’t put yourselves in jeopardy. It’s just stuff.”

First responders interested in taking the class can register at www.joinnsoar.com/join-oar.html or show up at the class at Norfolk Southern Railroad, at the end of West Walnut Street. Two sessions are available 8:30 a.m. and 1:30 p.m. through Thursday, each lasting about four hours.