A former corrections officer accused of taking “Spice” (synthetic marijuana) into Northpoint Training Center has to wait at least another month to learn what his fate will be, after the judge denied a plea agreement reached between his attorney and the commonwealth’s attorney.

Rahjon Neal, who was scheduled to be sentenced on Tuesday, was told by Judge Darren Peckler that he opposed the offer given in regards to Neal’s charges of promoting contraband.

Commonwealth’s Attorney Richie Bottoms and Neal’s attorney Thomas Hensley had reached a diversion agreement of five years, with 60 days of that to be spent in jail.

“Probation and parole is opposing diversion because he is a former corrections officer,” Peckler said, before adding that he agreed with the agency’s recommendation.

He told Neal that he could withdraw his guilty plea if they wanted to renegotiate another deal. Hensley said they would; the case is set to return June 5.

A warrant was issued in the case against one of the men accused in a sex sting operation from the Boyle County Sheriff’s Office; five others netted in the sting were in court on Tuesday. 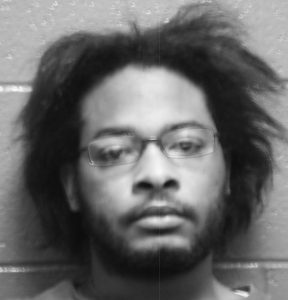 Dequan Brown, 269 Kelly Way of Lebanon, posted bond in March. He appeared in court on April 3, but did not appear on May 1 as scheduled.

He was arrested along with Richard Fransen Jr., James Johnson, Michael Cruse, Jordon Campbell and Shawn Williams, by the Boyle County Sheriff’s Office on charges of use of electric communication to procure a minor. The sheriff’s ongoing sting operation began in November.

According to files in the Boyle County Clerk’s Office, on April 16, an order was filed stating that Brown never reported to pretrial services as part of his bond condition. A bench warrant was issued for his arrest, along with an order to forfeit his bail.

He failed to appear on Tuesday and is now facing a contempt of court charge.

Cruse and Fransen will return to court at 9 a.m. on June 5, both due to re-evaluation of their plea deals.

Johnson’s attorney said they had reached a resolution with the Commonwealth’s Attorney and anticipated entering a guilty plea June 7. Campbell and Williams are also expected to enter guilty pleas June 7.

• Public defender Sarah Bryant, who represents Colin Montgomery, informed the court her client has been scheduled for a mental competency evaluation. Montgomery is accused of murdering his wife at their Shakertown Road home on March 6.

His case will be brought back before Peckler on July 10.

• Austin McClure appeared with attorney Ephraim Helton, who told the judge that although an agreement has been reached on his case, it would have to be delayed.

McClure has multiple charges against him stemming from a July 12, 2017, incident where he led police on a pursuit through Boyle and Lincoln counties, including two counts of first-degree unlawful imprisonment due to a woman he allegedly held against her will during the chase.

Helton said McClure had been charged with a felony in Garrard County, which he said will impact the plea agreement reached with the commonwealth’s attorney. Also, Judge Peckler said he now had a warrant for McClure after he “tested positive for about everything.”

Helton said his client turned himself in for that warrant Monday, and is currently being held in the Boyle County Detention Center.

• Brian Lainhart, who is accused of kidnapping a former girlfriend and assaulting her, had representation in court through his attorney, Justin Genco, who said they were awaiting “pretty critical evidence” in the form of DNA results to be returned. Genco is scheduled to appear for his client again June 5.

• The case against Bobby Cassady — who is charged with multiple counts involving unlawful transactions with minors, promoting sexual performances and sexual abuse — has been delayed by two more months, Commonwealth Attorney Bottoms said. He said a federal indictment is still expected in the case.