Carolyn Milburn Hundley, 74, of Danville, passed away Friday, April 27, 2018. She was born October 24, 1943, in Tyrone, Anderson County, Kentucky. She was one of three daughters of the late James Wilson and Lettie Bailey Milburn. Carolyn was the loving wife of Charles Woodrow Hundley, Sr., for 55 years. 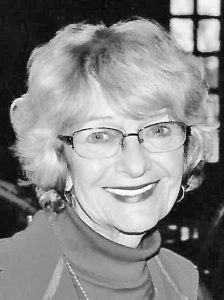 Carolyn became a member of Perryville Baptist Church in April 1982. Her strong and unwavering faith was instrumental in bringing her daughter-in-law, Becky, back to the Lord. She was a 1961 graduate of Harrodsburg High School and Fugazzi Business College. She worked for the Kentucky Department of Corrections for over 35 years. Additionally, she was a member of Southern States Correctional Association and the Kentucky Council on Crime and Delinquency.

Some of her favorite hobbies included flower and vegetable gardening. She was also an accomplished artist – her home was decorated with many of her own pieces. Vacations were very important to her and her family – Holden Beach, North Carolina, was one of their favorite spots to visit. In her spare time, she also enjoyed line dancing with the Boot Scooters.

Walden Funeral Home in Perryville has been entrusted with her service arrangements.