Cayden Shaver stepping up for the Admirals 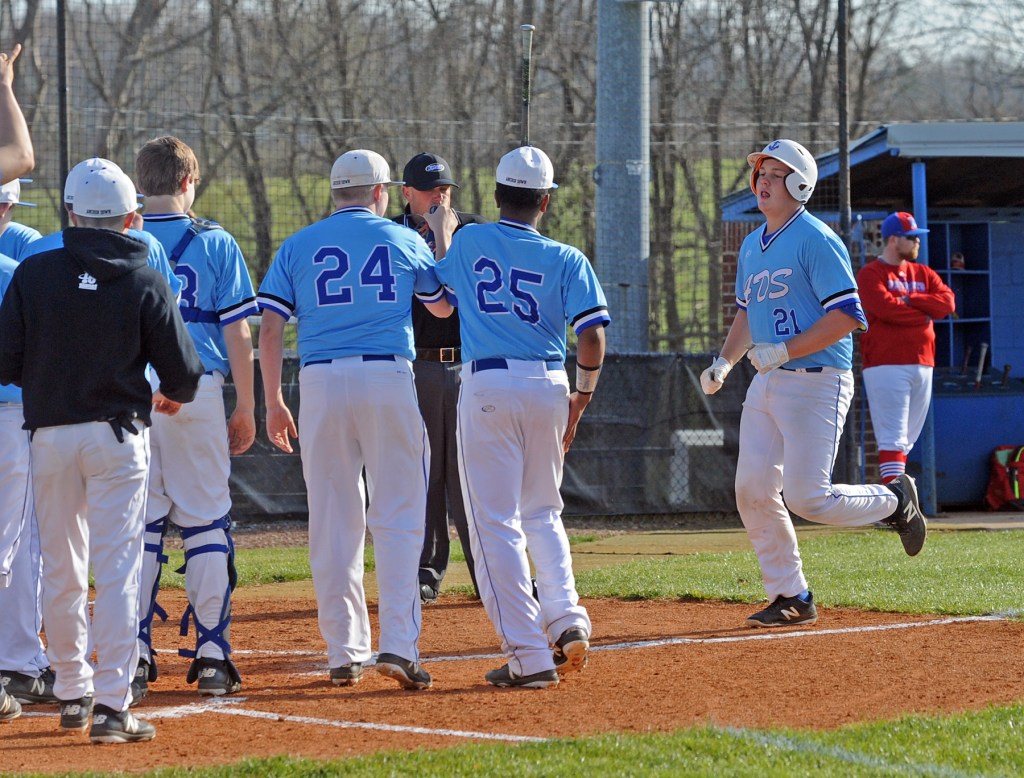 Cayden Shaver didn’t come to Danville as a pitcher.

But he’s turned into one of the most reliable members of the Admirals’ team, starring in all three areas of the game.

Shaver joined the Admirals this season from Madison Central where he primarily played third base. With Danville, he’s been asked to pitch, catch and hit in the heart of the lineup. He’s excelling at all three.

“He’s doing two things now that he’s never done before, catch and pitch,” head coach Paul Morse said. “He’s done it but not as a primary position. He’s pitching a lot for us. Those are two things that he’s really worked hard on during the offseason and preseason during the year and he’s developed to be pretty good at both of them.”

Through 25 games this season, Shaver has a robust .463 batting average, five home runs (tied for ninth in the state) and 39 runs batted in (second in the state). He and teammate Ethan Wood have set up a powerful combination, both in the lineup and on the mound. Wood is tied for the state lead in home runs with seven and leads the state with 40 RBIs.

Shaver said it’s been hard work at the plate paying off in recent games.

It’s shown in recent games: Shaver is on an 11-game streak with at least one RBI. Since last Friday, he’s 10-for-14 with two home runs and 14 RBIs over six games.

“He keeps getting better,” Morse said. “He just keeps getting more and more confidence, he’s a big, strong kid. But like I said, it doesn’t matter who you put in a situation, if they haven’t done it before, it takes a little while to get adjusted and feel comfortable. I think right now he’s in a comfort zone, he’s feeling good behind the plate, at the plate and on the mound. That’s showing statistically. He hit the home run the other night to the opposite field, that’s big for him. He’s got plenty of power to all fields and he thinks he always has to pull it, that’s something we’ve been working on.”

Shaver and the Admirals rolled 13-3 in six innings against the defending 13th Region champ, Knox Central, on Wednesday. Shaver had one two-run homer in the win and said he and his teammates wanted to make a statement against a high-quality opponent.

“It’s always another game, but of course with the higher competition, we knew we had something to prove,” Shaver said. “We’re a young team and a lot of people overlook us because we have so many freshmen. We just try to get out early, produce as many runs as we can.”

Shaver also credited the guys in front of him for setting the table for Wood at the No. 3 spot and himself batting cleanup.

“Brennan (Washington) is killing the ball now, he’s playing his game,” Shaver said. “(Jacob) Crank is doing awesome in the 2-hole. Ethan, he’s doing his game, too. We’re really just coming together, we’re working this midseason with a bunch of power and a bunch of runs early to set the table.”

Shaver’s also stepped up on the mound: Freshman Christian Howe was taking on a majority of the innings after Wood, but a season-ending injury pushed Shaver to take that role.

“Losing Christian was drastic, it was horrible for the team. We didn’t really have a No. 2 arm because he was that No. 2 arm,” Shaver said. “I wanted to come in as a junior, help the team as best I can.”

And just like at the plate, Shaver has been delivering. Over 36 innings, he’s given up 13 runs — eight of which came in his first two games on the mound, and has a whopping 57 strikeouts.

Since those first two games, he’s not allowed more than two runs in a contest.

“He’s probably offended that you said No. 2 arm,” Morse said. “He wants to be the one. He’s a high-level competitor. He wants to be that guy, he’s a bulldog on the mound. He’s basically learning to pitch now.”

Shaver’s also taken on a role as a leader in his first year with the Admirals.

“That’s what you want from behind the plate as a catcher and as one of those top arms, you want somebody that is going to be that leader, be a vocal leader,” Morse said. “You can’t just be a leader by example. He does it both ways, he’s one of our hardest workers. He showed up every day, all fall and winter. Even days we don’t have stuff he’s in there getting guys organized and doing those kinds of voluntary workouts and things like that. He’s taken over that role and run with it.”