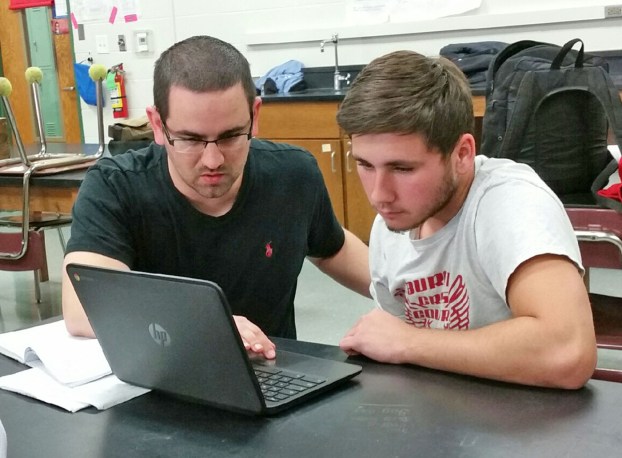 Burgin teacher and Boyle County graduate Chad Terrell said he’s humbled to be chosen to teach a nationwide program for teachers this summer.

This summer, Terrell will teach in the Master Teacher Power and Energy program, part of the Advanced Career Summer Teacher Training Institute at the Southern Regional Education Board.

He will be taking training he’s gathered from the past two summers in the program to teach other educators in a project-based, student-centered approach to teaching.

Terrell has attended the trainings of the Master Teacher program to bring its principles back to his own students at Burgin High School. The classes were taught jointly by him and two other teachers.

“It was a requirement for the program that you be trained by Master Teachers that they have assigned to each program,” he said.

The Master Teacher program uses technology and software for teachers to complete a series of projects. The goal, according to sreb.org, is for teachers to develop skills to improve instructional methodology and student learning. Teachers can take a variety of courses, from Aerospace Engineering, Clean Energy Technology, Informatics and much more; about nine offerings are available.

“I think it’s good for students to see, even as teachers, we’re still learning,” he said.

Terrell spent four weeks at the program at Marshall University in West Virginia each summer for the past two years, where he was taught three “courses.” He took a fourth course, which lasted a week and included online training throughout the year. The four courses add up to about two school years’ worth of work for students.

The current Master Teacher has stepped down, leaving a vacancy. Terrell said they called him to see if he would be interested in taking over the classes, which are used to train teachers from across the nation.

“They said that I was highly recommended by him and other people that were at the trainings,” he said. “I’m highly honored and excited to do this … There’s people from all over. I don’t know who I’m going to have this year, but last year I was with people from all over the nation that are implementing this program.”

One of the hardest parts about the Master Teacher program, Terrell said, is the fact that teachers have four weeks to learn what students do in two years.

“It’s hard because you’re doing a course in a week. But you get a good heads up on what the program is, how to utilize how to do the stuff and what the technology is — I had never seen half this stuff in my life … It’s pretty cool,” he said.

It’s about 7:15 a.m. Friday and Jordan Thomas is lined up with other dump truck drivers waiting for his load... read more