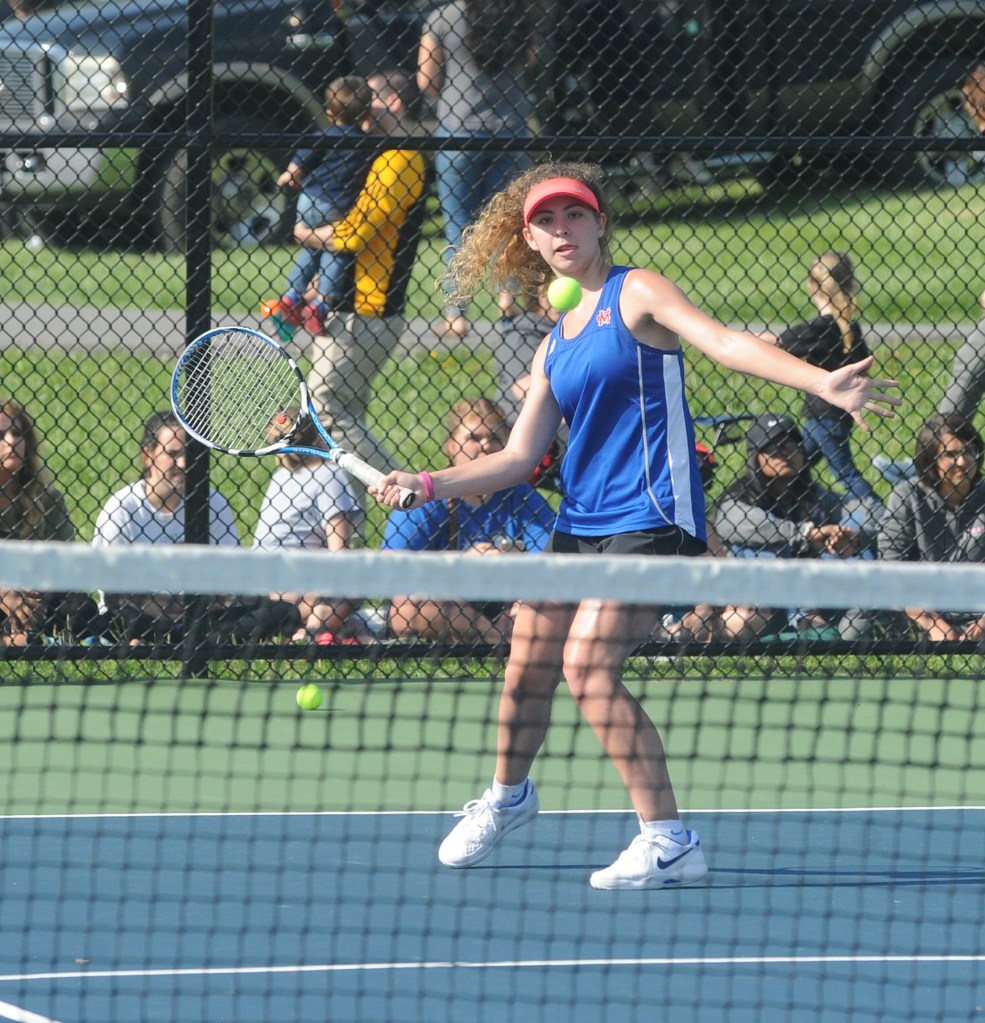 Kendrick has made a living in super tiebreaker matches — that’s how she beat Trent earlier in the season — and Monday’s marathon match would be similar in score but different in stage.

“It was really hard. Going into it I knew I had a chance to win, I had played her before,” Kendrick said. “But after the first set, I think I kind of let my guard down. I was up 5-2 in the second set and I had many opportunities to end the match. But my nerves, overestimating my opponent just got in the way of that. Had to go to a super tiebreaker and I’ve probably had 10 of them this whole season. Every point was just back and forth. It was all mental and just toward the end I just kind of fell off. Congratulations to Bekah, she’s an amazing player.”

Boyle County head coach Tao Costello said there’s no question the two best players in the region gave it their all.

“I think we were all nervous, it was a three-hour match. I lost track of how many match points there were. These girls just left it all out on the court,” he said. “They played with heart to the very end. I’ve never written down a score like that before. I wish we could’ve pulled it out, but I’m proud of her.”

Kendrick said she was proud of herself — making the finals means she’ll go to state for the second-straight year. That’s something she said she has over her brother, Ben, who only made the state tournament once in singles play.

“I’m not disappointed in anything I’ve done, I knew going into the season I had a chance to be my best and that’s all I could give, and that’s all I did give,” Kendrick said. “It took a lot to get the No. 1 seed, many tooth and nail matches. Very tiring matches. But just making sure I went to state this year, that was another goal this year that I wanted to reach. I’m proud of myself for what I was able to accomplish this season.”

Kendrick also received a huge compliment from the rest of the region: She was given the Sportsmanship Award for the region, as voted by others in the region.

“She went undefeated in the season, beat everybody. For her to get voted as the sportsmanship award recipient, that’s my first player to get one,” Costello said. “That means a lot to me because you want these kids to have fun, enjoy themselves on the court. The younger ones are watching, and she’s a leader. Our girls look up to her. Even though she’s graduating, she’s left an impression on our team.”

Next stop is state, and Kendrick said she wants to go out strong.

“We’re looking forward to state, hopefully we get a good draw, another day out of school and go up,” Costello said. “It’s so much fun to go up to the state tournament and take the court with the best tennis players in the state.”