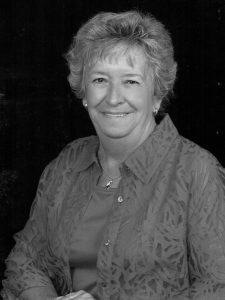 Nancy E. Sims Hoover, 75, of Stanford, KY, went to her heavenly home the morning of May 5, 2018, surrounded by her loving family. Born in Waynesburg, KY to the late Duval Sr. and Jestie Sims. Nancy graduated from Danville School of Nursing in 1961 and served her community for 53 years. She held positions at local physician offices, Danville Hospital, Thomson-Hood Veterans Center n Wilmore, KY, Fort Logan Hospital, Wahiawa General Hospital in Wahiawa, HI, Lincoln County Regional Jail and most recently Lincoln County Health Department before retiring. She was a member of Fairview Baptist Church. She loved her family and friends and was know as “Mammie” to most. Her grandkids were the light of her life and she will be dearly missed by all who had the honor of knowing her.

In addition to her parents, she was preceded in death by two brothers, Albert Sims and John Sims; and three special sister-in-law’s, Carol Sims, Teruko Sims, and Anna Sims