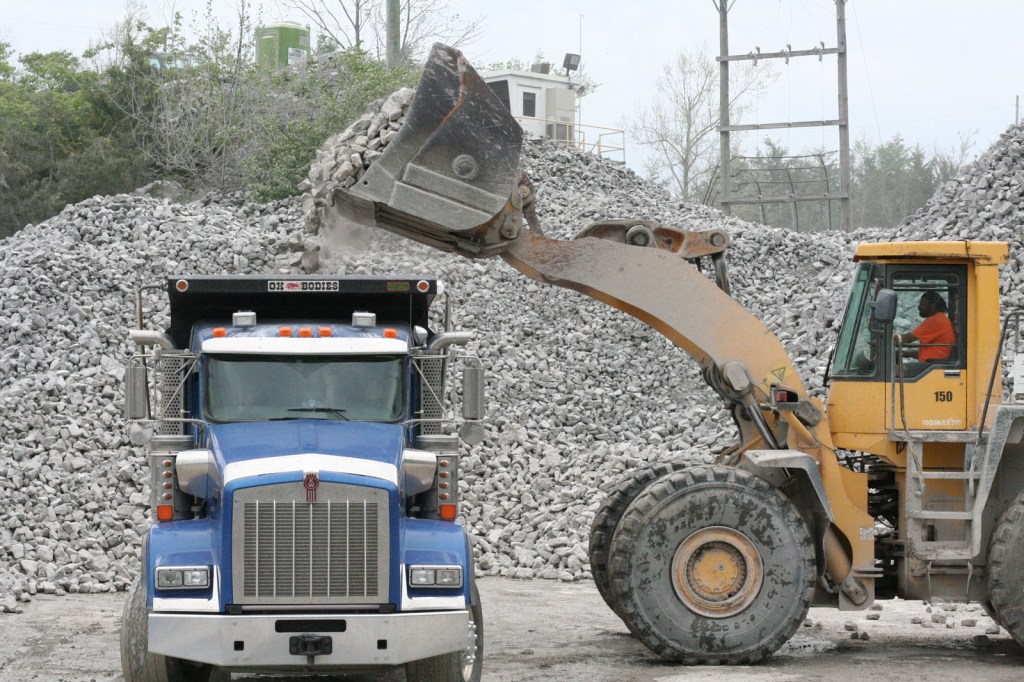 Kendra Peek/kendra.peek@amnews.com Thomas waits as stone is loaded into his truck.

It’s about 7:15 a.m. Friday and Jordan Thomas is lined up with other dump truck drivers waiting for his load to be weighed so he can start his deliveries for the day.

Normally, Thomas gets to the Caldwell Stone Company Danville Rock Quarry on Stanford Road at about 6:30 a.m.

“I like to be the first one to load. I always think I might get an extra load at the end of the day,” he said.

Once he’s weighed, he heads out, first to a property near Chimney Rock Marina. He effortlessly backs his truck up a narrow gravel drive. He makes a second delivery to the same place a few hours later.

He’s been driving a dump truck for about 10 years. 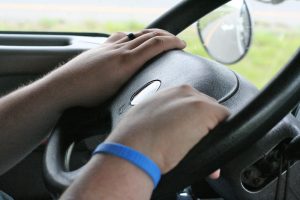 “There are some places you go that make you nervous,” he said, smiling. But all-in-all, Thomas said he doesn’t get too rattled when driving the big truck, as he handles the shift and steering wheel with ease.

A car passes the truck along Kennedy Bridge Road, as he heads back to Burgin. That, Thomas said, makes him a little nervous, because it can be dangerous, especially on narrow roads.

“Not saying (I) can’t keep it in my lane, but the road does throw the truck,” he said. If he has to adjust for a bump or dip in the road, it can push Thomas toward the center.

As he passes Danville Christian Academy, Thomas nods to the new construction going on.

“I delivered a load there, for their new building,” he said, naming a few other places.

Another of his deliveries is going to the new construction at the Wilderness Trail Distillery.

“I like delivering to projects. I get to see things the regular Joe doesn’t get to see,” he said. 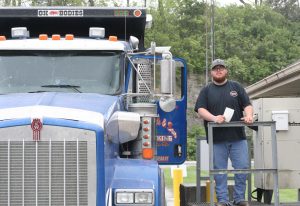 Thomas speculates he puts about 300 miles on his truck in a day. On a rainy day, he said he might not move at all, since the ground can sometimes be too wet to deliver.

The truck was given to him by his dad — that’s who got Thomas started.

“I’ve been around trucks since I was born,” he said. “It just comes naturally.”

His dad passed away in 2015; last year, Thomas and his brother sold their business to friends, J. Edwards and Sons, for whom he drives in the truck his dad gave him.

The truck is a point of pride for Thomas, who keeps it immaculate, despite the dust that comes with hauling gravel. 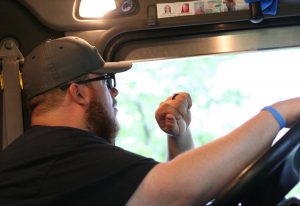 Kendra Peek/kendra.peek@amnews.com
Thomas watches as a load of rock drops from the back of the dump truck.

He secured the spot at the Danville quarry a few years ago. Thomas said the permanent spots aren’t easy to get; there’s one other regular driver at the quarry and others are called.

He really likes everyone he works with, from the dispatcher in the office, to the people loading the stone into the trucks.

“It’s a family atmosphere — when I go to work, I don’t dread it,” Thomas said. “I like the people here.”

He jokes with the dispatcher on the radio as he returns to the quarry. Thomas fills out paperwork as his truck is loaded down; this time he goes to Garrard County.

Thomas said, “I can’t tell you something I don’t like.” 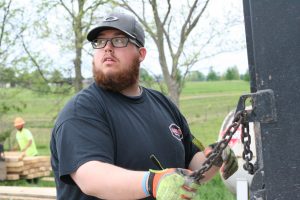 Kendra Peek/kendra.peek@amnews.com
Thomas adjusts the chains on back of his truck, to spread gravel at a delivery site.

He drives Saturdays, too. With two kids, Thomas said he doesn’t mind, because of what it can mean for his family. A picture of them hangs above his head, along with other family members, including his dad.