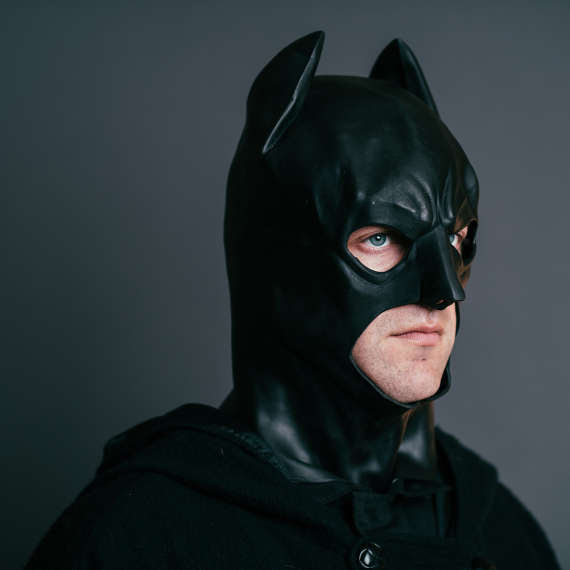 Photo contributed Charles Ross will appear in "One Man Dark Knight – A Batman Parody" next week at Norton Center for the Arts. Ross is known for his other one-man shows, "One Man Star Wars" and "One Man Lord of the Rings," and is known for paying homage to his idols while making the performance a hilarious parody.

The funny side of the Dark Knight

From the madman behind “One Man Star Wars” and “One Man Lord of the Rings” comes an irreverent parody and homage to the Dark Knight trilogy. No costumes, no sets, no Batmobiles.

Charles Ross takes you on a comedic joyride. Hold on to your utility belt and come join us in Weisiger Theatre at Centre College’s Norton Center for the Arts Friday, May 11.

Ross produces and performs this one man saga, drawing material from Batman’s origins to his epic battles against Gotham’s super-villains.  From hysterical writing executed with perfect voice impressions, One Man Dark Knight: A Batman Parody, will leave audiences cackling their capes off!

“Great things always come in threes,” said Norton Center executive director, Steve Hoffman.  “So, following highly creative and well-received performances of Charlie Ross’ One Man Star Wars and One Man Lord of the Rings, it was only fitting to offer the first Kentucky performance of his One Man Dark Knight: A Batman Parody. Slapstick comedy and fast-paced storytelling depicting all three Christian Bale-era Batman trilogy films, all performed by one guy in about 70 minutes.  Quoting the Joker, ‘Why so serious?’.   Indeed!”

In the Weisiger Lobby before the show, artwork of Ryan Lanigan, from his book, “X Presidents” will be on exhibit. The art depicts our country’s leaders as superheroes and villains. Lobby doors will open 7 p.m. on night of show.