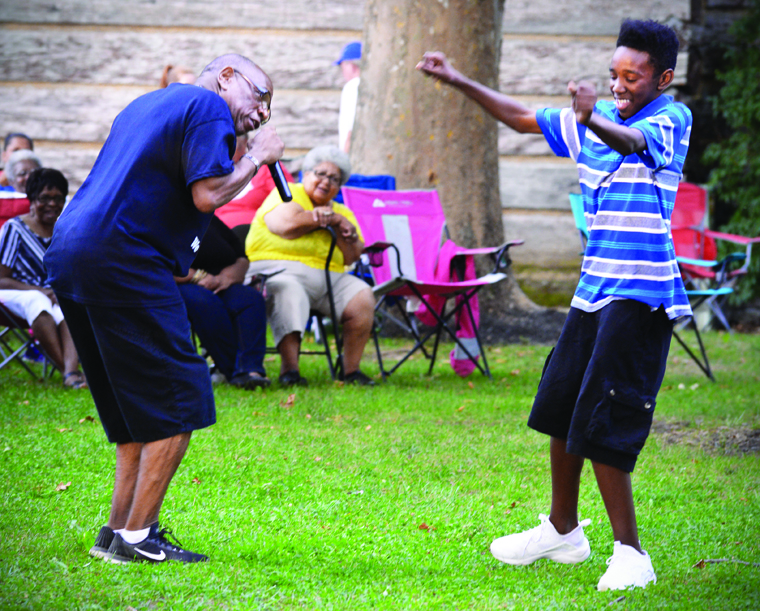 (File phto) Michael Hughes of the group the Soul Review Band sings in front of the main stage as Brayson Carpenter, of Lexington, dances during last year's Soul of 2nd Street Festival.

The Soul of 2nd Street Festival is expanding this year to include an arts and crafts venue, in the hopes of breathing more life into the one-day event while filling a void for those who want a local arts festival.

Nick Wade, executive director of The Heart of Danville, said the original intent of the festival — to celebrate the vibrant history of the African-American Second Street community — will not be altered in any way by adding an arts and crafts element.

“I believe it will enhance the festival,” he said. Hopefully, it will pull in more visitors who enjoy the arts, and they will experience the history of Second Street while there, Wade said.

Festival planners are also working on expanding the children’s area and historical aspects of the festival, which is set for Saturday, Aug. 4.

“Ever since the Constitution Square Arts Festival was canceled, there has been a gap in our community events. The community seems to want an arts and crafts event and we are excited to be able to begin the work to fill that void,” Wade said.

The Soul of 2nd Street Festival is important to because it celebrates the community’s diversity, “and allows us an opportunity to remember what is no longer there,” he said. 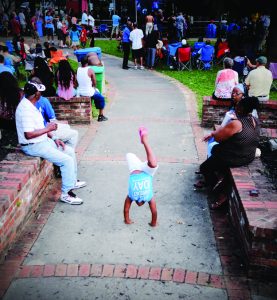 (File photo) Sariah Mitchell of Nicholasville, does a tumble on the main walkway in Constitution Square Park during a break between acts at the Soul of 2nd Street Festival last year in Danville.

A lot of people still remember what it was like living in the African-American community in and around Second Street decades ago.

“But in 10 to 20 years, that will not be the case, and we feel it is important to actively remember not only this street in the city, but also the lives of the people that lived, worked and enjoyed Second Street,” Wade said.

The second annual history conference will be held as part of the festival in the community room at the Boyle County Public Library from 3 to 6 p.m. Friday, Aug. 3. The space will open at 2 p.m. for the public to visit with each other and view the exhibits before the lecture begins at 3 p.m.

Wade said the conference is another way the focus of the festival is being kept on the community’s historic African-American culture that thrived on Second Street.

“And we are bringing back the history tent at the event so attendees can walk around and experience stories and photos from Second Street,” he said.

Vendors, including art vendors, who want to participate in the Soul of 2nd Street Festival can visit bit.ly/2rqxf4f or contact the Heart of Danville at (859) 236-2361. The deadline to register is June 29.