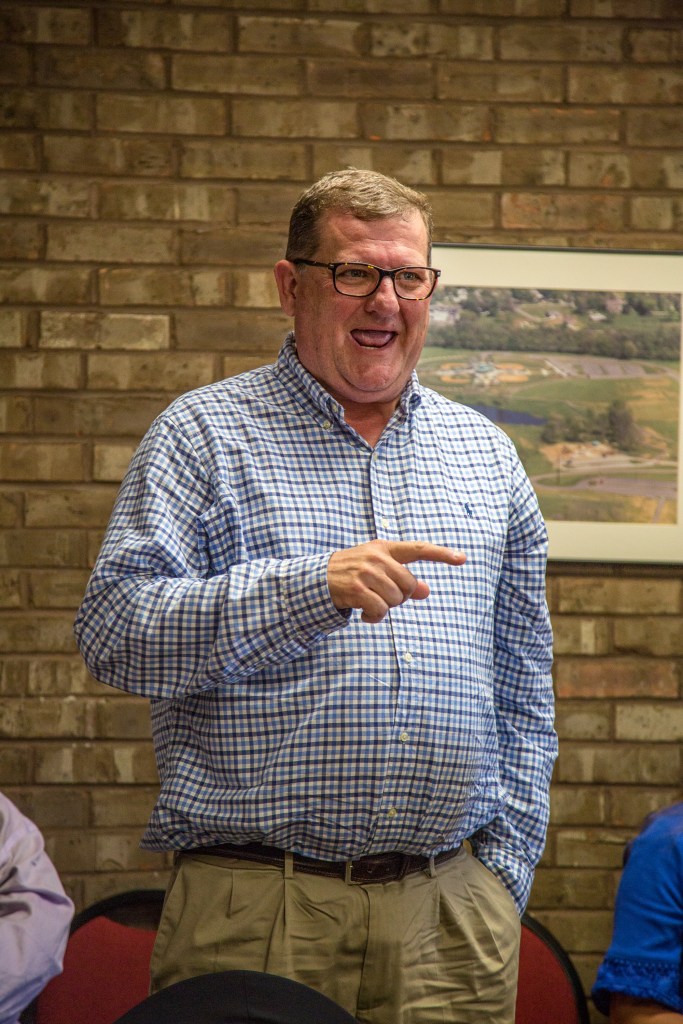 After eight months with the Danville-Boyle County Economic Development Partnership, Chief Operating Officer Hal Goode is leaving for a job in Lebanon.

Goode confirmed Tuesday he has been chosen as the next executive director for the Central Kentucky Community Action Council, a non-profit organization serving eight counties to the west of Boyle — Marion, Washington, Nelson, LaRue, Breckinridge, Grayson and Meade.

“I have just thoroughly enjoyed my time here, working with (EDP President and CEO) Jody Lassiter and the folks that have put together a strategic plan that is working, a group of people that put together a board to be more transparent that is working,” Goode said at the Boyle County Fiscal Court meeting Tuesday morning, where he said goodbyes to some of the officials he has worked with. “I’ve been in economic development 28 years. You don’t usually go looking for something — I don’t know if I was actually looking for this when it came up.”

Goode’s last day with the EDP is May 15; his first day with his new employer is May 16.

Goode lives in Washington County, one of the counties served by the agency he will be heading, and is a county magistrate there. He was announced as the EDP’s first ever chief operating officer in mid-August last year and his first day on the job was Sept. 5.

Part of Goode’s job was to spearhead efforts to get more private donations to the EDP budget from local businesses. In January, Goode announced the EDP had surpassed its goal of $30,000 in new contributions and expected to exceed $40,000 by the end of the fiscal year.

“Hal was the right person at the right time to assist in EDP’s transition as we began to implement our strategic plan,” Lassiter said Tuesday afternoon. “He helped us lay a good foundation for our enhanced private investment, workforce development and regional efforts. … We wish him Godspeed in his new endeavor.

“We don’t want to lose any momentum, so we are assessing our next steps to quickly fill this key position.”

According to its website, the Central Kentucky Community Action Council’s mission is, “To be innovative, enthusiastic, and diligent in our search and advocacy for programs that will bring social and economic change and growth for the citizens we serve.”

At Tuesday’s Boyle County Fiscal Court meeting, Magistrate Phil Sammons made a motion to name Goode an honorary Boyle County magistrate — an honor usually bestowed upon those who lead the fiscal court in the Pledge of Allegiance at each meeting. The motion passed unanimously.

“I’ve known Hal for many years and I hate to see him go, just as a friend,” Sammons said.