Admirals all about business at region meet Saturday 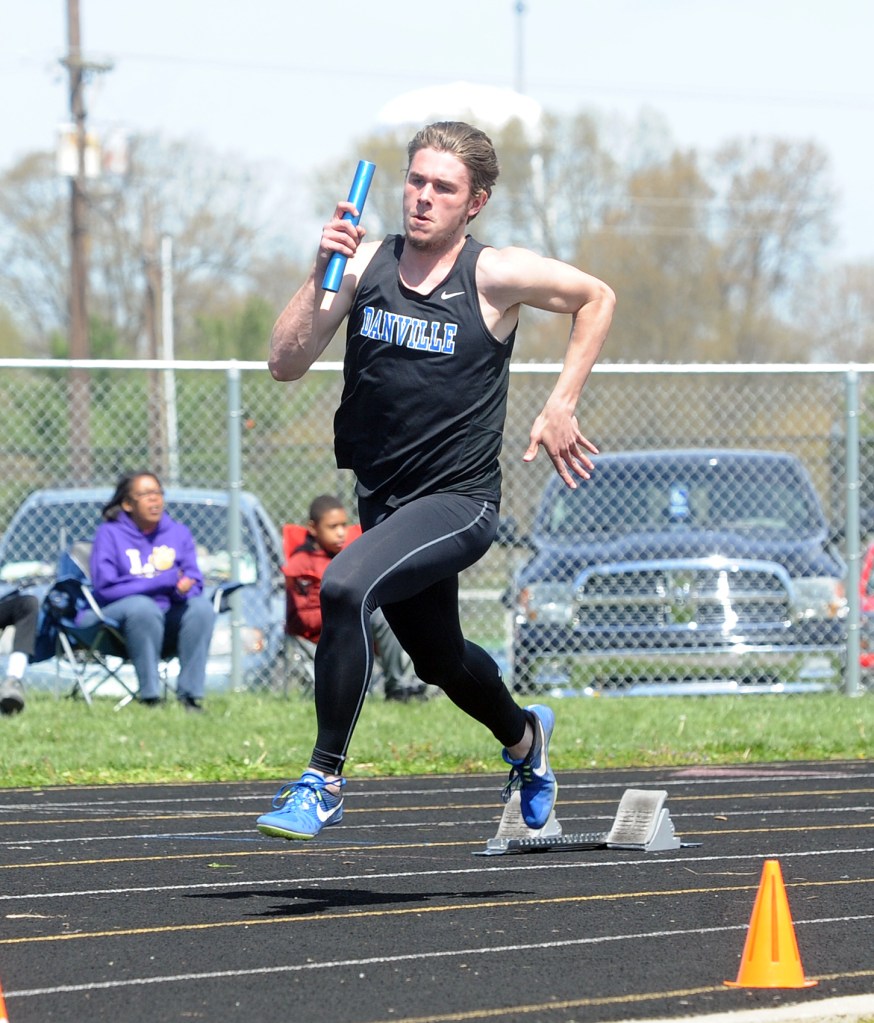 A big win in this weekend’s regional meet would be a big deal for the Danville boys track and field team.

And not just because the Danville boys haven’t won a regional title in a while, but because a commanding victory would probably set them up as well as possible for something they haven’t won in much longer – a state championship.

If the Admirals pile up the first- and second-place finishes Saturday in the Region A-5 championships, then the following week at the state meet they should be in the lanes and heats and flights that coach Chris Verhoven said will give them the best chance to win the big prize.

“This is all about running your best on Saturday, not just to win, but to put yourself in the right heat, in the right lane for the state meet,” Danville coach Chris Verhoven said. “Our goal isn’t to win a region, it’s to win state, but it’s all business Saturday.”

Danville hasn’t won a boys regional title since 2014, but it is the overwhelming favorite to do so Saturday when it hosts its regional at Admiral Stadium for the seventh time in eight years.

The Admirals also are favored to win their first state championship since 1990, when they won the last of three consecutive Class A boys titles. They have been ranked No. 1 in their class all season long.

“This is a special team,” Verhoven said. “I would say that I’ve had better individual athletes than what we’ve got on this team, but as far as being loaded top to bottom with quality athletes, I’ve never had a better team.”

“I feel like we are the most talented team, but there are a lot of talented teams that never won anything,” Verhoven said. “Anything can happen, and I’m sure not confident or cocky that we’re going to win.

“State doesn’t happen if we don’t perform on Saturday.”

One of the things most coaches do to prepare for regional meets is to put their athletes not simply in events where they can win and/or qualify for the state meet, but where they score the most points at state and taken advantage of holes in other teams’ lineups.

“Our sport is kind of like a puzzle,” Verhoven said. “You’re not only figuring out who’s best at what event, but you spend a lot of time looking at your opponents and where their strengths and weaknesses are.

“We probably had a different lineup at every single meet this year, including the one that’s coming up. Even this week we’ve made some pretty dramatic changes.”

One such change involved moving VanCleave into the triple jump, even though he hasn’t competed in the triple jump or long jump since 2015 and hadn’t jumped at all this season.

Another senior, Chase Tandy, has been one of the Admirals’ biggest surprises this season. In his first year on the team, Tandy has won in both the 400 and the 800 at invitational meets.

“I’ve been trying to get him to come out for years,” Verhoven said. “When he started, he literally didn’t know how to run any event. It’s been a huge learning curve.”

Burgin figures to place among the top five teams with points from Trevar Lay in the 1,600 and 3,200 and as part of 1,600 and 3,200 relay teams. Cade Shearer (discus, shot put) and Daylan Hodges (pole vault) are also expected to qualify for the state meet.

Verhoven said the Danville girls are unlikely to dethrone defending regional champion Lexington Christian, but he said their improvement this season has given them a good shot at second place, one spot higher than they finished last year.

“Right now I’m projecting us to get runner-up and to send several people to the state that have a chance to get points,” Verhoven said.

The Lady Admirals’ top-ranked athlete is Lisa Voyles, a junior who has been on the soccer team but hadn’t tried track before this year. Voyles is ranked first in the region and seventh among all Class A girls in the 800 and second in the region and 11th in the state in the 1,600, and she anchors the 1,600 relay team.

“She’s a diamond in the rough,” Verhoven said.