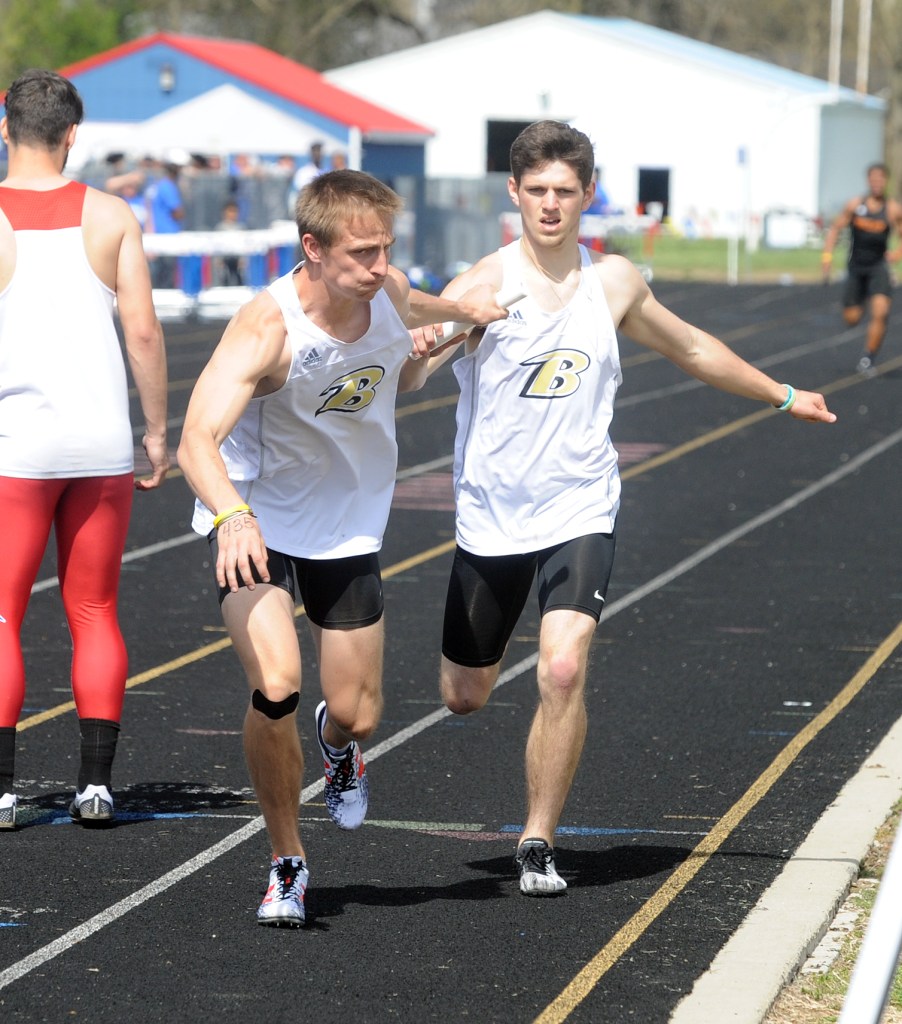 Boyle County and Mercer County’s track and field teams might well be in the strongest region in their class, in large part because of the strength of those two schools.

It makes for a difficult regional meet, but also for one that makes the best teams better.

“If I had my choice, I’d much rather run in our region,” Boyle coach Brent Wagner said. “It forces you to compete. We don’t have a choice but to bring it on the day of the region.”

The meet will feature some of the best athletes in all of Class 2A, and some of the best teams. The results of a virtual state meet scored on milesplit.com and based on the best performances of the season place four girls teams and three boys teams from this region in the top 10 of their respective divisions.

And of course, Region 5 is home to the teams that have won the Class 2A team championships in each of the past two seasons, the Mercer boys and the Boyle girls.

“Region always makes me nervous,” Mercer coach Terry Yeast said. “Sometimes you don’t get the same result in region you might get in state. You may not be able to compete for a regional championship, but you try to get your kids not to be discouraged by what that result might be.”

“It reminds me of SEC football,” Wagner said. “You’d better bring your ‘A’ game.”

The last time a team other than one of those two won a title in this region was 2010, when Rockcastle County won the girls title. It has been one year longer for the boys teams, since West Jessamine won in 2009.

The Boyle girls have won seven consecutive regional championships, while the Mercer boys have won two straight and four of the last seven.

Yeast said, however, that while winning is important, it isn’t all-important.

“It’s not as hard in the region when your true goal is to try to win the state title,” he said. “I try not to focus so much on winning region as on getting everybody to state.

Boyle’s boys were 20 points behind Mercer at last year’s regional, and they’ll try to close that gap with a balanced team that will score twice in many events this week and hopes to do the same next week.

“We score points everywhere, and that’s what makes us good,” Wagner said. “We don’t dominate everything, but we do score a lot of points collectively.”

Mercer has less depth than last year but still has considerable talent at the top of its lineup.

“We’re focusing more on where we are individually and trying to maximize points that way,” Yeast said.

Yeast said he has been pleasantly surprised by the improvement of Brandon Ballard, another 800 runner who has dropped 12 seconds to 2:06 this season, and of the progress of the 3,200 relay team, which has been ranked in the top six in the state all year despite losing all four runners who were in that event last year.

Wagner said one of the Boyle boys’ most improved athletes is Chris Duffy, who leads off the team’s relays, broke a school record in the 400 and is ranked in a tie for fifth in the 200.

Two Casey boys are also ranked in the top three places in their events: Noah Brown is No. 2 in the 800 and 1,600 and Austin Campbell is No. 3 in the shot put.

The space between the Boyle and Mercer girls – 63 points in last year’s regional meet – figures to shrink as well as Mercer continues to improve.

Mercer lost about 15 girls from last year’s team, but young athletes have filled the void.

“What it forced us to do was to try some girls in some areas we’ve never tried before, and it worked out,” Yeast said.

Boyle has more experience, but Wagner said the girls aren’t quite where they need to be to repeat at state, where seven points separate the top six girls teams, and they’ll continue to work on that tonight.

“Our girls might not hit 100 percent full stride until the day of the state meet,” he said. “We’re going to need every day until the state meet to be ready. But we have a lot of upside, and I like our odds.”

Wagner said one of his most improved athletes is Chelsea Elmore, who has made some changes in events and training and is ranked No. 3 in the 200 and No. 6 in the 400 among Class 2A girls.

Yeast said he has been impressed by Jasmine Claunch, a sophomore who is ranked No. 1 in the triple jump and No. 5 in the long jump, and by freshman hurdler Harley Settles, who recently broke the school record in the 100 hurdles.