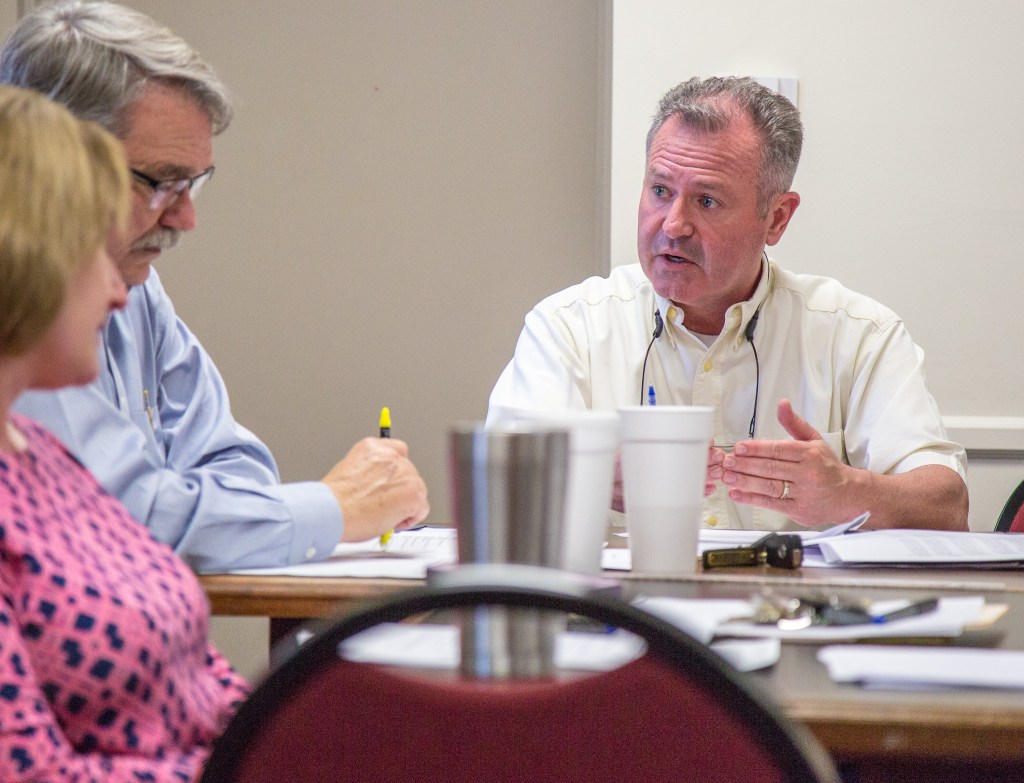 The Boyle-Mercer Joint Jail Committee has approved “in principle” negotiated terms that would allow Mercer County to pay a smaller share of jail costs in 2019.

Under the proposed agreement, Mercer County could pay as little as 27 percent of the net costs for operating the Boyle County Detention Center. Currently, Mercer is required to pay at least 35 percent of those costs.

“I think it’s been a fair negotiation,” Boyle County Judge-Executive Harold McKinney said during Friday’s Joint Jail meeting. “I think it’s a fair thing to do, to alter this.”

Under the existing interlocal agreement, Boyle and Mercer counties split the cost of the jail based on what percentage of the jail’s population in the last fiscal year came from each county. But Mercer County has a “floor” of 35 percent, even if it was responsible for less than 35 percent of the inmates.

According to Joint Jail members, the new agreement would essentially leave everything about the current agreement the same, except:

• Mercer’s floor would be lowered to 27 percent; and 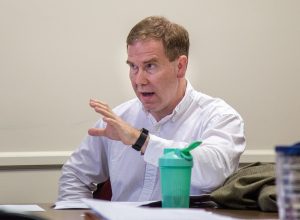 Mercer County Attorney Ted Dean clarifies a point about the terms for a new interlocal agreement between Boyle and Mercer counties during Friday’s meeting. (Photo by Ben Kleppinger)

Mercer County would continue to pay 35 percent of the final debt payment on the jail, due in February 2019. Otherwise, the terms of the revised interlocal agreement would be effective Jan. 1, 2019. Ted Dean questioned why Boyle County wanted an effective date in the middle of the fiscal year, rather than at the beginning in July.

McKinney said members of the Boyle County Fiscal Court didn’t want any change to take effect until February 2019, after the final debt payment.

“Magistrate (Jack) Hendricks took the lead in this and I think convinced them correctly that, at a minimum, let’s get it at a break in the year for budget purposes,” McKinney said. “And I will tell you, I see that as a compromise agreement.”

McKinney said it’s important to note that changing the interlocal agreement now does not preclude the counties from updating it again in the near future; such an update may be needed after the completion of a comprehensive jail study by consulting firm Brandstetter Carroll, which will likely recommend substantial changes in how the jail and local criminal justice systems operate.

The change in the cost-sharing ratio could save Mercer County around $84,000 next fiscal year, according to a revised Joint Jail budget presented by Boyle County Treasurer Mary Conley Friday.

The budget plans for Mercer to continue paying 35 percent of jail costs through December, then to pay 30 percent of jail costs from January through June of 2019. Conley said the 30-percent mark was simply an estimate — the actual percentage will be determined after the end of the current fiscal year, when data on the jail’s population is available for the entire year.

Based on that estimate, Conley revised Mercer’s total general fund contribution to the Joint Jail budget for 2018-19 down from $883,198 to $799,189. At the same time, she revised Boyle’s anticipated contribution up from about $1.64 million to almost $1.66 million.

The Joint Jail Committee also voted unanimously to recommend that Boyle County begin reimbursing the Joint Jail budget for the cost of using a jail employee to transport inmates to the Boyle County Courthouse. That had been a sticking point for Mercer County during budget negotiations; Mercer County already pays for transport of its inmates to court out of its general fund.