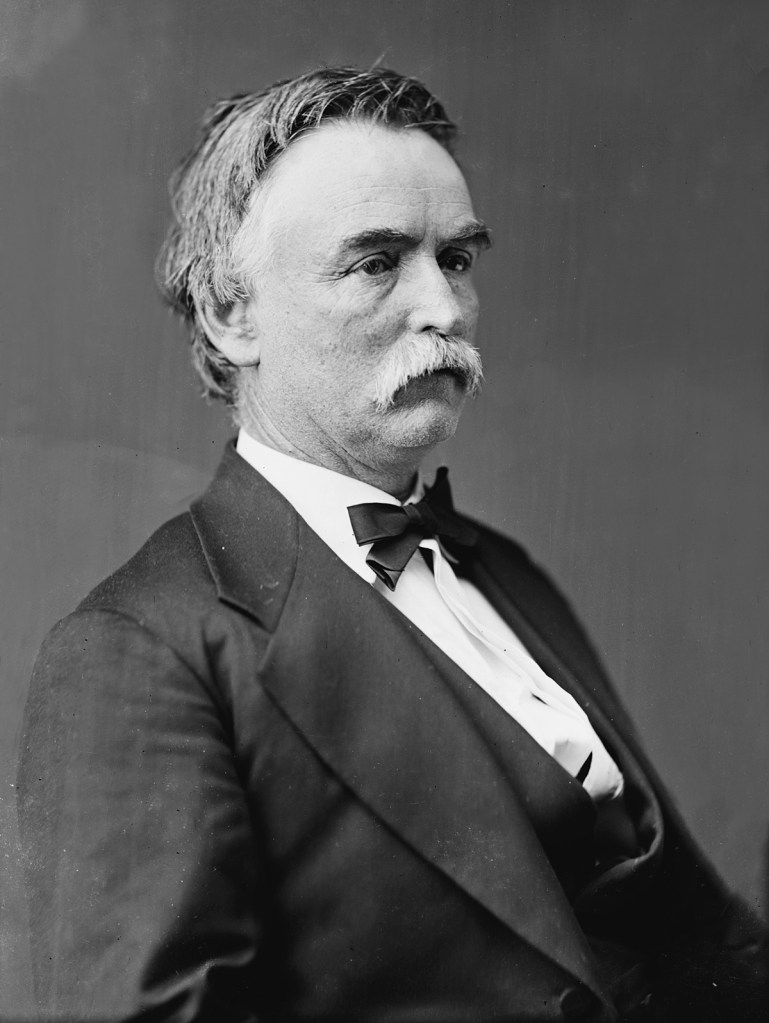 Editor’s note: Information in this article was taken from The Advocate-Messenger archives and Wikipedia.

The Marion County politician is a former governor and congressman in Kentucky and served as dean of the law school at Centre College.

He obtained a common school education and through his own readings and studies outside the classroom he increased his learning to such an extent that he was able to accept the position of professor of natural science at Lebanon Seminary.

After studying law and entering the bar in Kentucky, Knott moved to Missouri where he was elected to the Missouri legislature in 1857, and in 1859 was appointed attorney general.

Knott returned to his home in Lebanon and four years later was elected to Congress and served until 1871.

He was elected to Congress again until 1883 where he was chairman of the judiciary committee and won a national reputation as a lawyer.

He was elected governor in 1883 over Thomas Z. Morrow and for four years administered the affairs of the state in a manner that won him the esteem of his fellow Kentuckians.

In 1871, while he was in Missouri, Knott made a notable speech ridiculing a bill to subsidize westward expansion of railroads. In the speech, he lampooned the remote town of Duluth.

The Duluth speech was eventually reprinted in several publications and brought Knott national acclaim but one that he regretted throughout his life. The speech stamped him as a humorist, when he was always a profound scholar and a great constitutional lawyer. He said he was sorry he made he speech because it back-fired on him.

He said the Lower House of Congress never took him serious after the speech.

In 1925, Knott’s memory was honored in Duluth at the Exposition of Progress and Iron Ore Golden Jubilee. A large oil painting of him was hung in one of the exhibit buildings to show the city had no grudge against him.

In 1859, he was appointed Attorney General in Kentucky to fill a vacancy and was elected by the people in 1860.

Knott was disbarred and briefly imprisoned in 1861 for his refusal to take the oath of allegiance. His office was declared vacant on the grounds that he uttered alleged disloyal sentiments.

In 1866, he was elected to Congress, and was not allowed to take the seat at first, although was finally admitted.

His first speech was on the constitutionality of the test oath and the admission of John Brown, afterward governor of the state, to a seat in the House from the Henderson District.

He was elected to Kentucky governor by a majority of 43,000.

‘Sage of Lebanon” has never lost faith in the Democratic party and never failed to support its nominee.

An article in The Advocate in July 1909 calls Knott

“Old and feeble, but still holds to the principles of the Democratic faith.”

“I deplore the fact that Democrats in Congress do not live up to the principles of the old party on the tariff question,” he remarked.

“I favor Henry Watterson’s plan of tariff for revenue only.

“Why Democratic senators and representatives in Congress should vote for incidental protection is a puzzle to me. I may not live to see the day, but I hope Democrats will come to their senses in due time.”

Knott retired to his county home in Lebanon. Although in bad health he reads constantly and his mind is a clear as a bell.

“He is nearly 80 years old and is living in hope that he may see the Democrats again in power in Kentucky and the nation.

Close friends of Knott say that he has always regretted his

speech in the House which gave Duluth, Minn., its boom and made it one of the great commercial centers on the Great Lakes.”

buried in Ryder Cemetery in Lebanon.

He was a son of Joseph Percy and Maria Irvine McElroy.

He was born August 29, 1830, in Marion County and was a brother to William T., a distinguished geologist and educator.