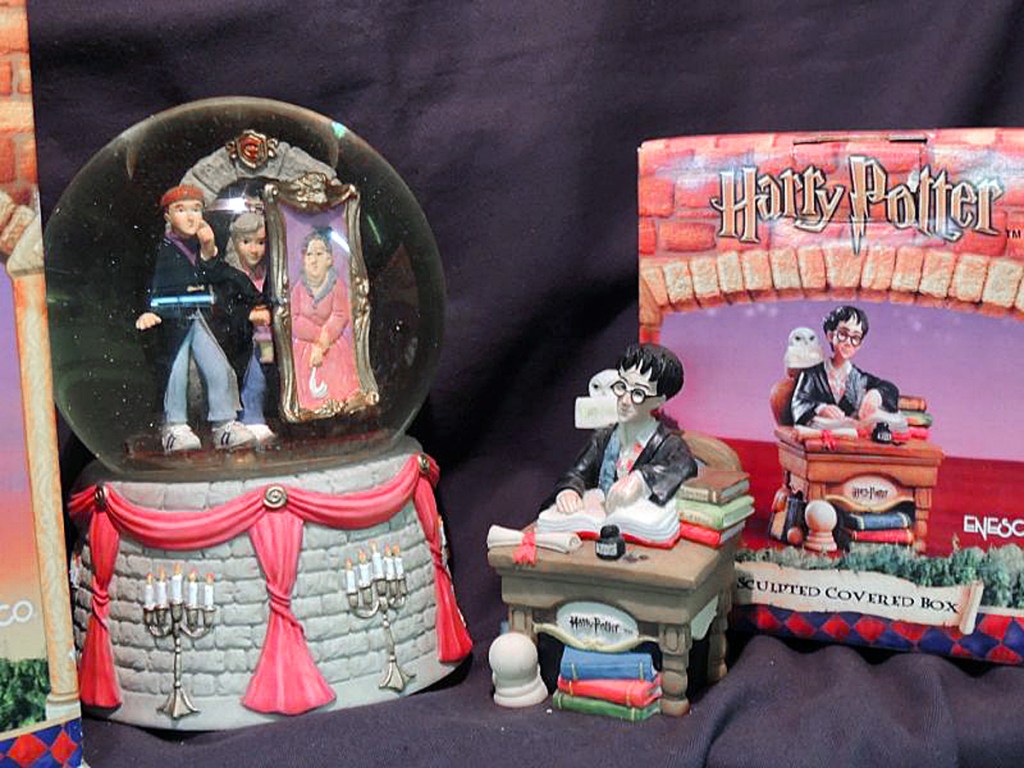 Question: Hi Jerry, I wanted to get your opinion before we did anything. Our son was a huge fan of the Harry Potter series; he still is, though he won’t admit it. He was eight when the first movie came out. Well, I can’t believe that I’m saying this, but he turns 33 this year.

We were all very serious about his collecting all things Potter. I mean, we have so much. Just hundreds of items. We kept all the boxes and wrappings — even things that he had on display, we kept the boxes.

What do we do with them now? His son is interested in Harry Potter and has been twice to the Wizard World of Harry Potter, but he just doesn’t want all that his dad had. But we don’t want to make the mistake of letting something go for nothing. So what do we do now? Thank you.

Answer: Ohhh, so you want me to get into the argument of, “Mom, gave away my Harry Potter collection!” OK, I’ve done this before.

If your son is truly done with his collection and his son has a limited interest in these things, then it’s time to move it on to other Harry Potter (HP) lovers. Here’s the rub: You bought into a manufactured or created market.

You see, if a movie or TV series, even at first, is not a successful venture, there isn’t much in the way for a collectible maker to be motivated to create a massive collectibles line. In other words, the HP books were a runaway smash hit in the UK and then all over the world. That created tag-along items.

Then the first movie came out and it was a mega hit. And as every new book and movie comes out, more items are debuted AND in larger quantities. This continues until it’s a massive juggernaut of creating, buying, selling, showcasing and collecting.

I wager, unless you and your family were buying pieces used on the movie sets or the first editions of the books, you bought items that were manufactured in the hundreds of thousands of editions, if not millions. Remember the rules of commerce: Big supply + little demand = small values.

I looked around on sites like eBay and others for some information. I know that you likely paid good money, maybe even a lot of money for some items. I doubt that you will recoup that investment. Your dividend was the enjoyment of these items, not in the resale of these items, 30 years later.

I commend you for keeping important things like paperwork and original boxes. This will only help in liquidation. However, take heart! Many HP kids have grown into wand wielding, spell inducing, full blown cult-status HP adults, some with HP kids of their own.

Some of these items are hotly collected. Mind you, they tend to be early and rare. If you want to spend the time and effort, you might consider using eBay to reach these people. Explore around HP fan sites and see if there are any HP collectible channels or venues.

If you want to really dump it, consider a tax-deductible donation to your local charity or church rummage sale. Trust me, unless you have a like-minded individual, it will bring NOTHING at the Tuesday night auction barn.

I hope this helps and thanks for a great question.