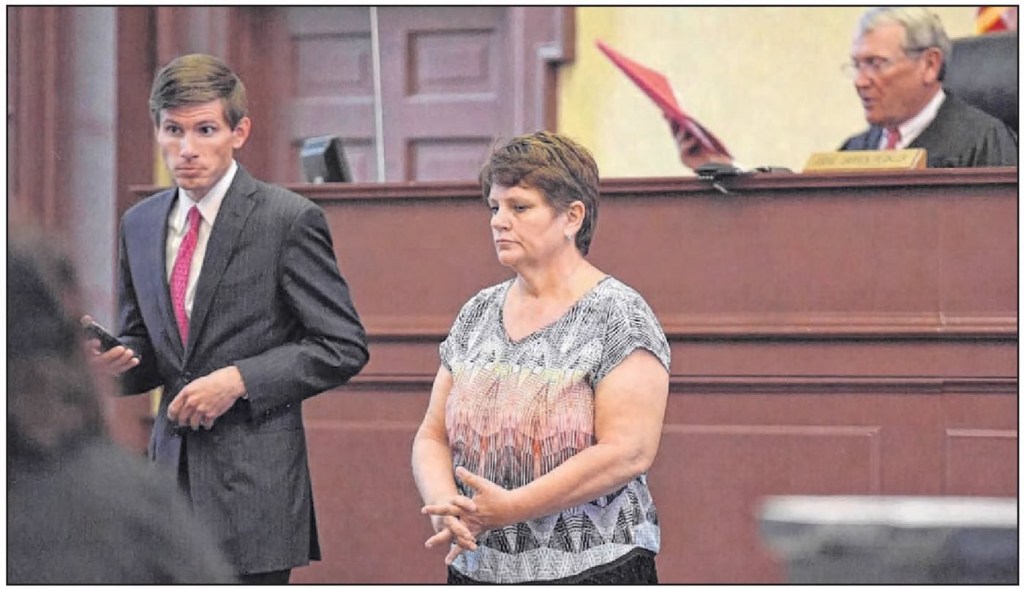 File Photo Connie Smith in court in a 2015 photo.

Editor’s note: This has been updated to reflect that her charges are misdemeanors.

After multiple trial dates were set and postponed, the former tax administrator for the Boyle County Sheriff’s Office pleaded guilty — again — on Thursday to stealing more than $10,000 while on the job.

Connie Smith, of Parksville, was fired in October of 2012 after she refused the option of being suspended from her job by then-Sheriff Marty Elliott. A letter from Elliott to Smith said she “rejected suspension then stated, ‘Fire me.’”

Smith is accused of taking the money sometime between 2010 to 2012.

Under the plea agreement signed by Smith and her attorney, Thomas Clay, the Commonwealth’s Attorney Office is recommending a year in jail and for Smith to repay a total of $60,504.43.

Smith’s trial was scheduled to begin Monday; instead, her sentencing is now scheduled for July 10.

Smith had previously entered a guilty plea when she and her attorney Thomas Clay reached a diversion agreement that did not include jail time. But Boyle County Circuit Court Judge Darren Peckler sought to add an additional 30 days per year of weekend jail time to the diversion. That change was found “unacceptable” by Smith, who then withdrew the plea.