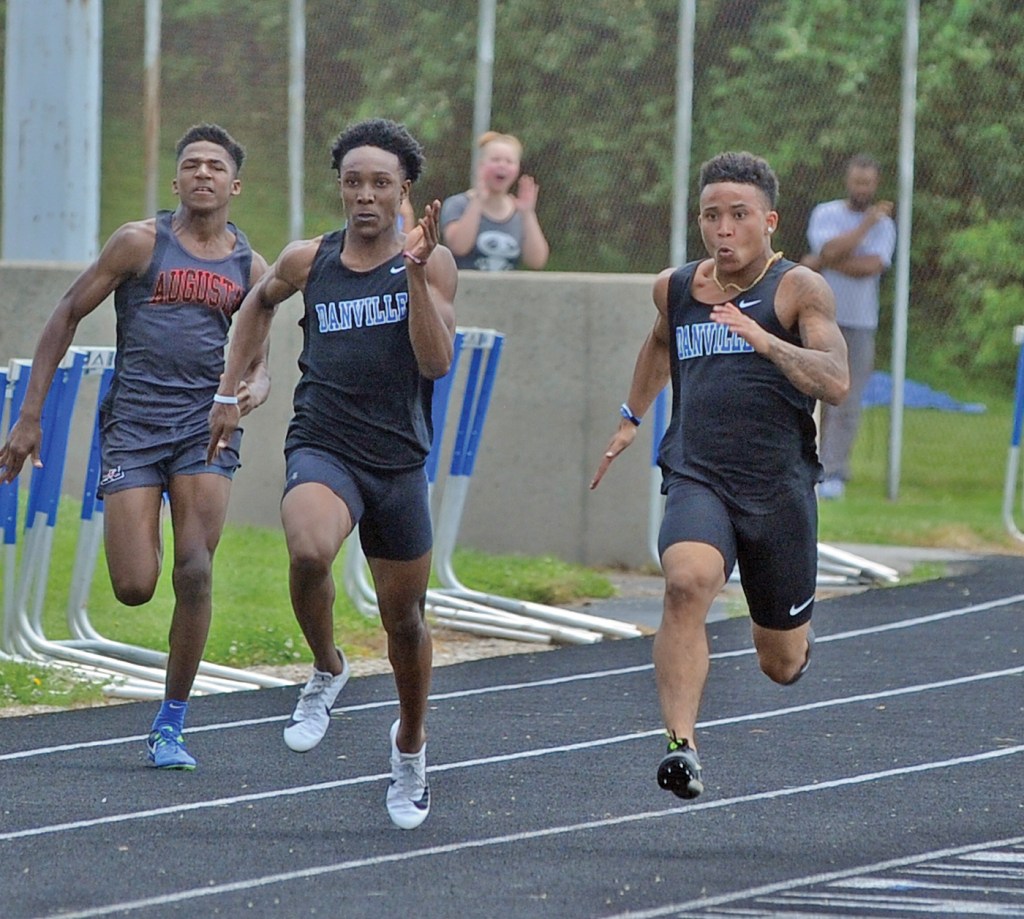 Danville has been there before.

The Admirals head to the state track and field meet at the University of Kentucky today, and, weather permitting, will contend for another state championship.

It’ll be the second time this school year that the Admirals could go to Lexington and win a state title — Danville’s football team returned to the top with a 35-21 win over Mayfield in December.

A boys’ track and field title would be the first for the Admirals since 1990 and fourth in 101 years of KHSAA membership.

“We want a ring. I’ve got one more year but I think we’ve got a good chance of winning state this year,” junior Brennen McGuire said. “I just hope the whole team can get it because we haven’t won a state championship in forever. I just want to bring that championship mentality back to the track team because that gets forgotten about.”

The “championship mentality” is certainly something that this Danville track team has in bunches — the Admirals tore through their region meet on Saturday, nearly tripling second-place Lexington Christian Academy in points. Thirteen events were won by Danville athletes on the boys side.

But it’s going to take more than just a strong region performance — the Admirals’ regional performances would net them two No. 1 placements at state: D’Mauriae VanCleave in the 100-meter dash and the boys’ 4×100 meter relay.

“I think we’re doing a good job this year and we’ve got the potential to win state this year, especially our relays,” McGuire said. “D’Mauriae VanCleave, he got first in region and I think he could win state because he PR’d (at region).”

VanCleave has been improving his 100-meter dash time all year, capped by an 11.09 second mark at region.

McGuire will also compete in the 100-meter dash at state. He set his personal-best time at region with a 11.60, placing fourth.

That’s not all for the junior: He’ll also compete in the high jump at state and is a member of the sprint relays. He placed third at region in the high jump, clearing 5 feet, 8 inches.

“High jump, it was my first time doing it but I got third. They told me I was doing it Thursday,” McGuire said.

Verhoven has often said that he and his coaching staff move their athletes like pieces to a puzzle, pretty much every meet this year. And at region, the puzzle took shape and Danville dominated.

Tanner Ford, a senior sprinter for the Ads, said that the athletes on the team know when to step their game up.

“I would say that our level of performance, we want it more, it rises when we need it,” he said. “It rises when everybody watches. That state football game, that was probably the best game we ever played.”

The team is hoping that the same kind of boost happens today on the track.

“The boys on this team, I think we’re all alike. We have a pretty good bond,” McGuire said. “We just came off a state championship with the football team and we’re just trying to bring that championship mentality to the track team.”

Admirals get win No. 25 in decisive fashion