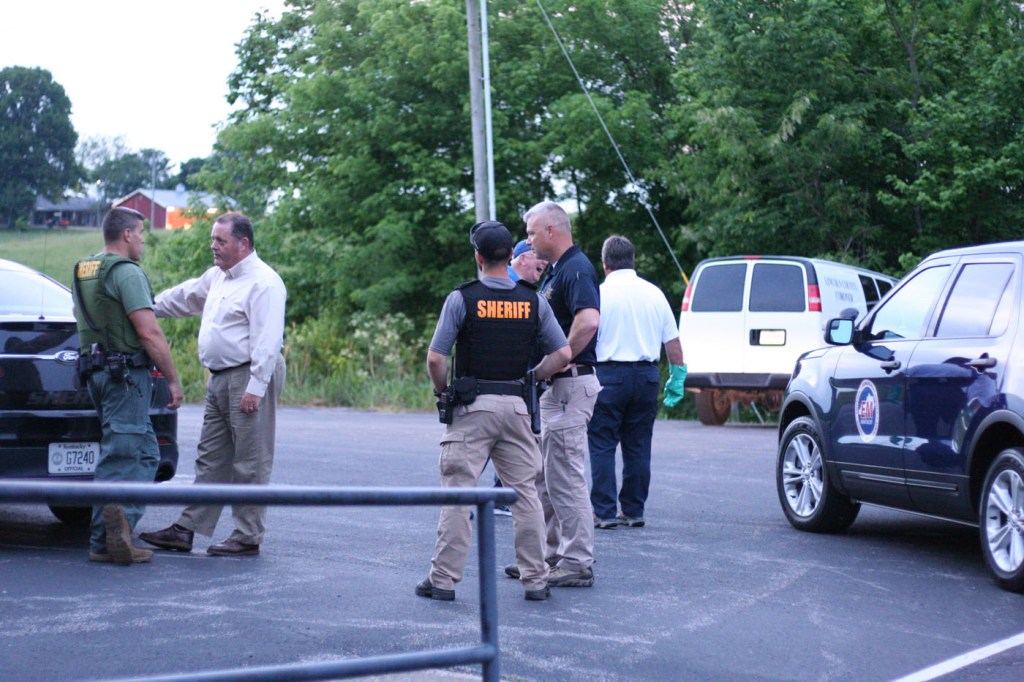 Kendra Peek/kendra.peek@amnews.com Deputies and officials on the scene of a church where the body of a man was found in a car Thursday night.

The body of a man was found in a car behind a church on Ky. 34 near Perryville Thursday evening.

“It is a death investigation,” said Deputy Coroner Mike Wilder.

The man, who was in his 50s, is believed to have been there for several days.

“The last time anyone spoke to him was Saturday,” Wilder said. “He’s been here for 72 hours or longer.”

The man, who had not been identified as of press time, had been transported to Frankfort for an autopsy; Wilder said there was no definitive cause of death visible.

Wilder said officials know the man’s name but are not releasing it at this time, as they are still contacting the family. 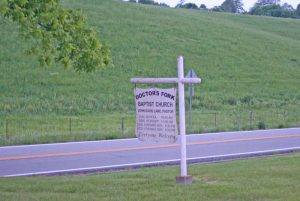 The unnamed man was found at about 6:30 p.m. by Pastor John Lane, behind his church Doctor’s Fork Baptist Church, in a red passenger car. Boyle County Sheriff’s Deputies were called to the scene first, then Wilder was called in.

Wilder said the hot temperatures this week had made decomposition worse.

“Those of us in the death investigation business dread this type of weather,” he said.