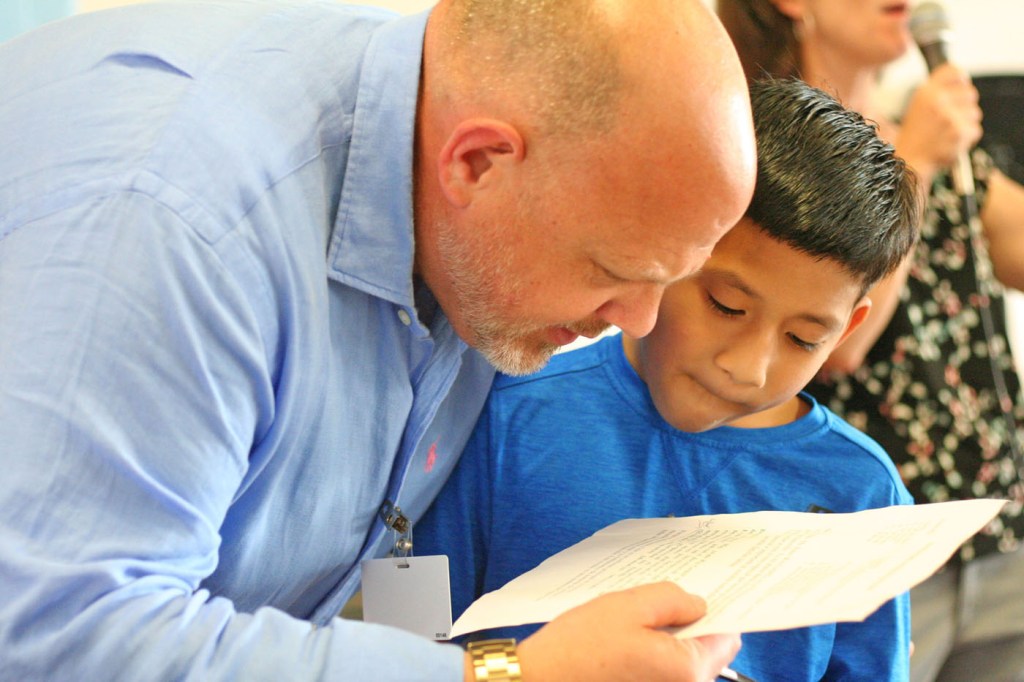 (Kendra Peek photo) Wes Cornett, director of schools for the Danville Independent Schools, rehearses his speech in Spanish with Julio before speaking to the parents. Cornett said he felt it was important to try to introduce himself and the event in Spanish.

Spanish rang through the air at Hogsett Elementary School Tuesday night as parents of the Danville Independent Schools’ English Language Learners had the chance to meet their students’ principals and the district’s Spanish speakers. Also, they were able to ask questions about the changing structure of the district and how to ensure their students were registered for the 2018-2019 school year.

About 170 people attended the event, guessed Director of Schools Wes Cornett, who helped organize the event. 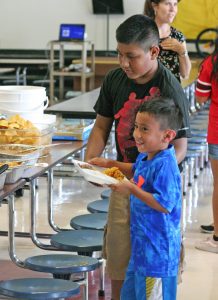 “I’m a believer in literacy, especially from a family standpoint,” Cornett said. He hopes is the first of many events like this.

He said they were able to get bilingual Spanish and English books for each child to read with their families; the books were leveled based on grade level, and packed into drawstring or recyclable bags for the kids.

Students and families were served a meal. While parents listened to Cornett and other teachers and principals speak, the students played with toys, colored and looked through some clothing being given away.

After the meeting, Cornett said they settled on an idea to host the night for the families of the district’s English Language Learners after visiting the national Title I conference.

“We were just talking about a lot of the initiatives in terms of using title monies, federal monies,” Cornett said.

When they returned, it became important to him to make sure the district was better serving these families. There are about 84 native Spanish-speaking families of students in kindergarten through fifth grade.

Cornett said Spanish teachers and migrant education staff helped plan and organize the event, which was catered by Mi Pueblo in Danville.

“This is why we do what we do, things like this … We wanted them to feel like they’re worth the work,” Cornett said.

Cornett, who does not speak Spanish, learned some words for the event with the help of Jennifer Green, instructional coach at Hogsett and fluent Spanish speaker, and some of the native-Spanish speaking students.

“I don’t know Spanish. I have a hard time learning another language,” he said. He wrote out his speech and Green translated it for him. “I worked on it the best I could.”

Cornett said he shared with Green that he was struggling to work on it and she said something that stuck with him.

“She said, ‘Just remember, whatever struggle you’re going to have doing that, that’s their life 24-7,’” Cornett said. 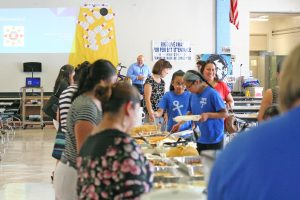