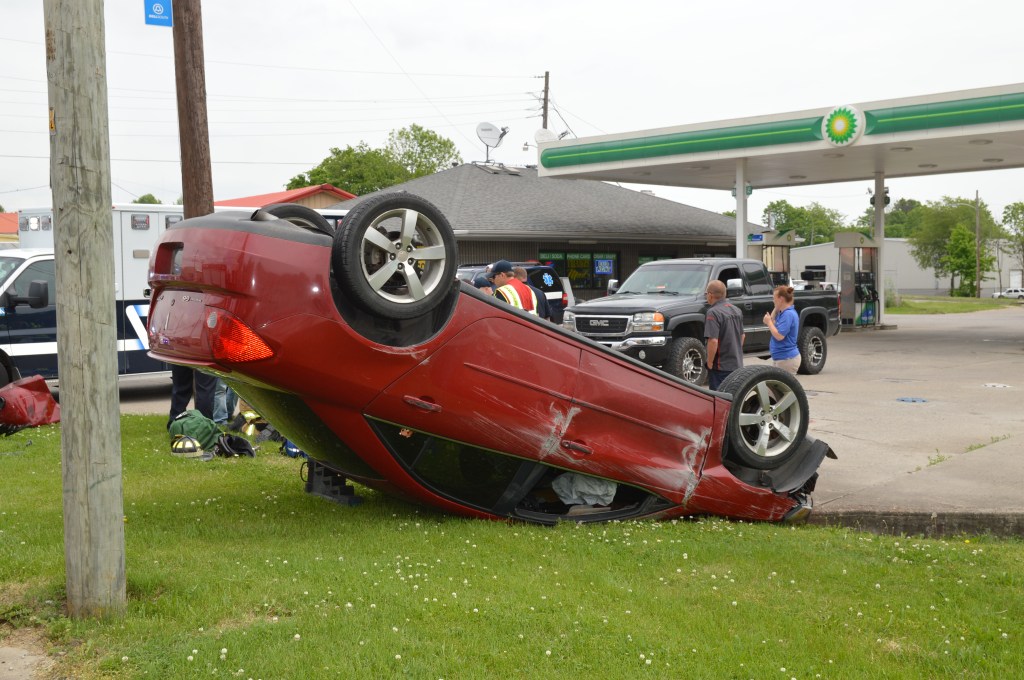 (Casey Craiger photo) A Pontiac G6 ended up on its roof Wednesday after a truck, Gary Johnson, attempted to make a left-hand turn from the right lane near Triangle Mart BP on South Fourth Street. The driver of the Pontiac, Chelsie Matthews, was taken to the hospital, but the extent of her injuries is unknown.

Traffic was backed up on South Fourth Street Wednesday shortly after noon due to an incident which resulted in a car flipping.

Danville Police say the collision happened at 12:15 p.m. after a Chevrolet pickup, driven by Gary Johnson, 70, of Eubank, attempted to turn left from the right-hand lane bear Triangle Mart BP . The pickup was put in the path of a Pontiac G6, driven by Chelsie Matthews, 28, of Parksville, resulting in the car turning onto it side and sliding.

The Pontiac eventually made contact with a utility pole and came to rest, upside down on its roof. Matthews was able to crawl out of the vehicle, and was taken to Ephraim McDowell Regional Medical Center for injuries to her hand and possible back injuries, but the extent of her injuries was unknown.

Danville Police were assisted by the Danville Fire Department and Boyle County Emergency Medical Services. Officer Sally Bustle is in charge of the investigation. 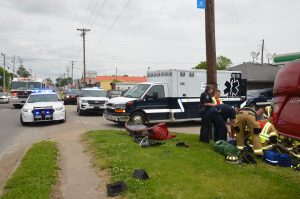