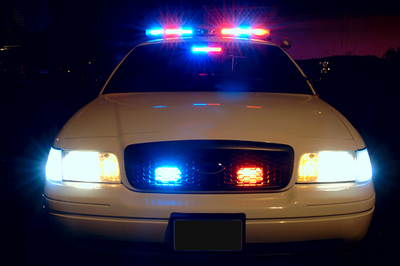 On Thursday, two more churches were reportedly broken into while police are still working through the connections to previous church burglaries in the county.

“We’re not ready to make any determination on what we’ve got this morning (Friday),” said Chief Tony Gray, regarding the latest reported burglary.

Money was taken from Stony Point Baptist Church, which was reported at 8:16 p.m. Thursday, according to the blotter from the Danville 911 Dispatch Center.

On Thursday morning just after 10, two people were arrested and charged in connection to multiple church burglaries, including First Christian Church, as well as Calvary Baptist Church at 401 Waveland Avenue and a theft from a car at the Living Water Worship Center at 216 Southtown Drive.

Hurley has also been charged with third-degree burglary and third-degree criminal mischief for allegedly breaking into Immanuel Baptist Church on Faulkner Lane last Saturday. That investigation is being conducted by the Boyle County Sheriff’s Department.

Gray said they are also working with the Lexington Metro Police Department and the Kentucky State Police on the investigation and that some of the burglaries occurred in April.

“We know there will be charges in the future,” he said. He would not comment on whether or not others are believed to be involved in the crimes.

The investigation is being conducted by Det. Lisa Dollins and Det. Kevin Peel. Anyone with information is asked to contact the Danville Police Department at (859) 238-1224.