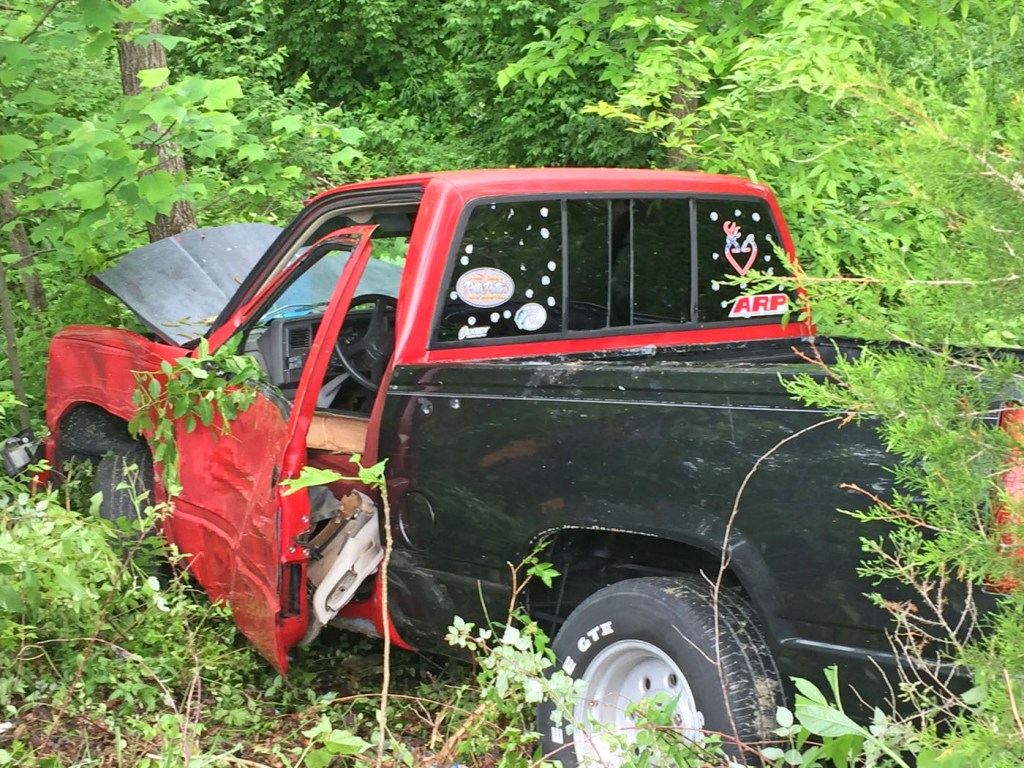 (Photo courtesy Mike Wilder, Boyle County Emergency Management) A man died Thursday morning due to a cardiac event after having a crash off of White Oak Road in Junction City.

Wilder said Sallee’s crash had likely been caused by a cardiac event, although he couldn’t specify a heart attack.

“He had a history of heart attacks and heart-related problems,” he said. Wilder said they didn’t know the type of event, so he couldn’t confirm it was a heart attack.

He said the crash happened at 9:11 a.m. Wilder said he believed Sallee had taken a juvenile family member to school.

Wilder said Sallee had been alert with emergency responders after the crash, but had coded in route to the hospital.