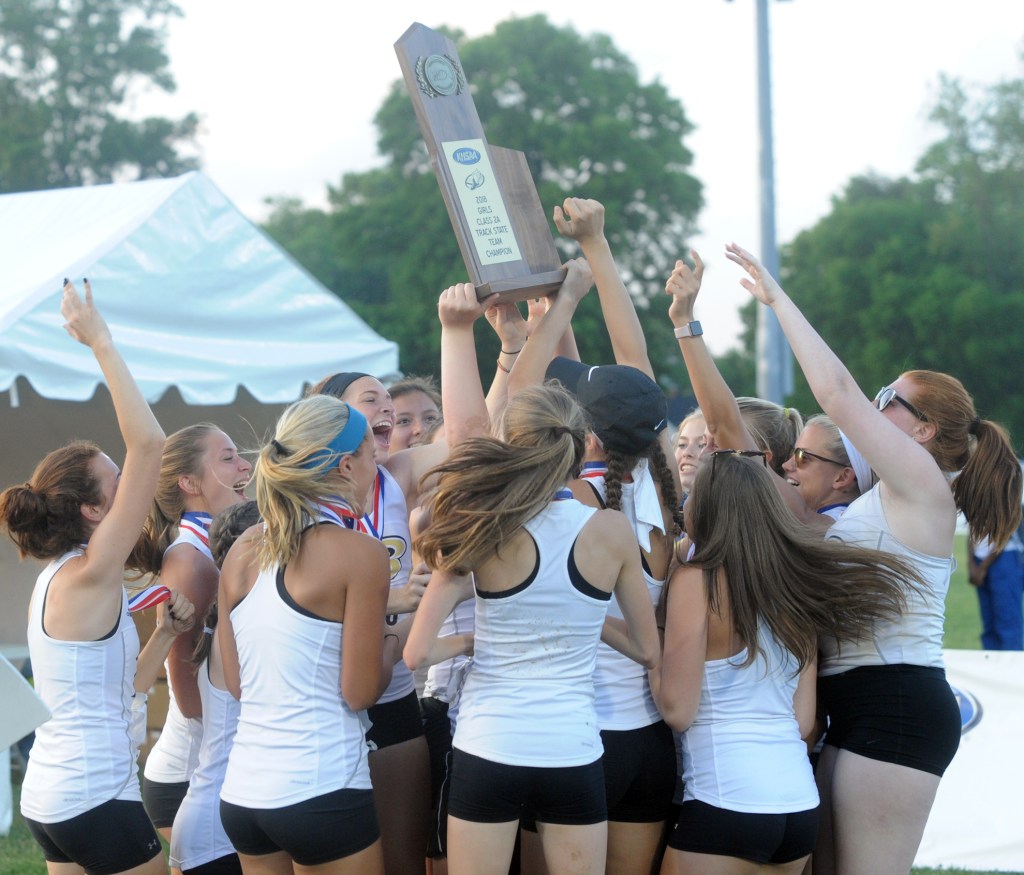 LEXINGTON — Title Town has even more hardware after this weekend.

Boyle County boys and girls swept the Class 2A state track and field meet, which started Friday and finished Saturday at the University of Kentucky.

Boyle County boys have now won their first-ever state track and field championship, and it was decisive.

The Rebels absolutely battered their competition on the boys side: Boyle finished with a whopping 45-point advantage over second place Mercer County.

The Titans were a story themselves on the boys side — Mercer had just seven athletes but finished second, passing Lexington Catholic in the final event of the day to take second by one point.

On the girls side, the Rebels held an eight-point advantage entering the final event and won the 4×400 relay to win with 84 points.

Mercer County girls continued their rise up the state rankings with a second-place, 74-point finish.