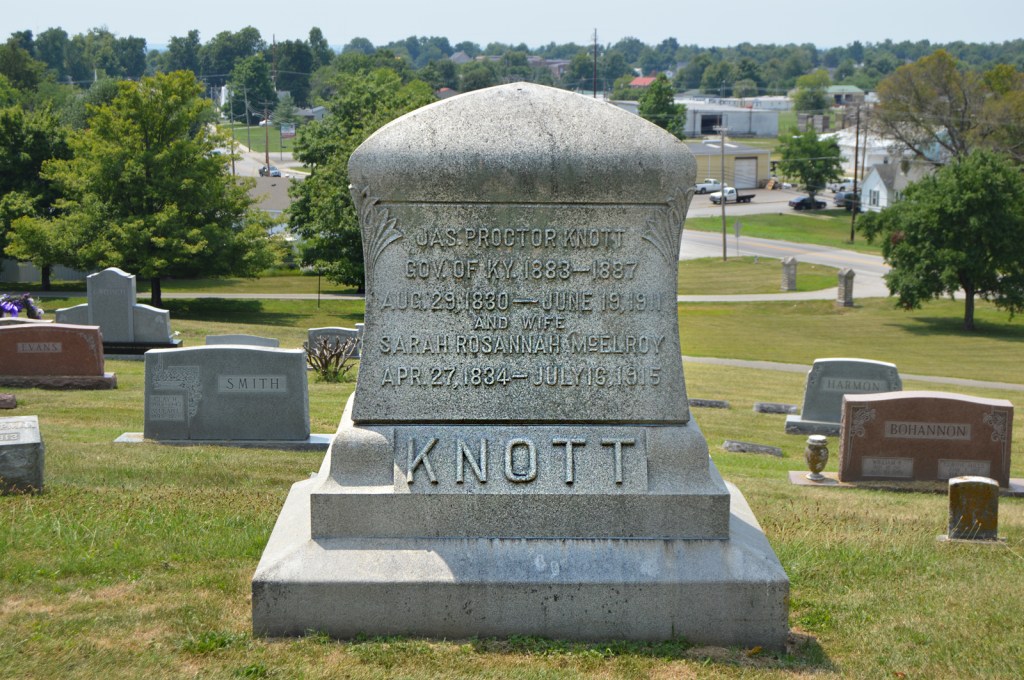 Editor’s note: Information for this article was take from The Kentucky Advocate Archives.

J. Proctor Knott, a former governor, congressman, lawyer and teacher, from Lebanon, Kentucky had a great memory and was good at telling stories.

Knott and John W. Yerkes of Danville were discussing claims of Sampson and Schley to the credit of smashing Cervera in Santiago.

Yerkes took the ground that all the honor of that memorable conflict belonged to Admiral Sampson and was inclined to entirely ignore Commodore Schley’s part in the affair.

Knott listened until Yerkes finished and with a characteristic twinkle in his eye said, “My dear sir, it is exceedingly gratifying to me to hear you take the position you have in this matter. It is a balm to my conscience and settles a point that has worried me many a day.

“I was walking through the woods once with a boy friend of mine when we saw a rabbit run into a sinkhole. We stood around the hole a while, then I told the boy to keep watch while I went home to get some fire to smoke the rabbit out.

“When I returned, the boy had the rabbit. I took it away from him, claiming that it belonged to me because I told him to catch it if it ran out.

“That was over 50 years ago and you are the first man that has ever agreed with me that the rabbit was mine. I feel now that I was right in taking it and my conscience is at rest.”

Yerkes looked solemn for a few moments, then smiled a feeble smile and changed the subject.

Jere Black, the greatest lawyer in the country, regarded Knott as the best Constitutional lawyer of the United States. Knott was then chairman of the House Judiciary Committee.

Eugene Newman said Knott quoted from 20 or more authorities during the boundary case between Kentucky and West Virginia, without a single book and also quoted the entire section and gave the name of the book, page number and section.

Knott, a Centre College graduate, was literary in his tastes and readings was most extensive and varied. He also was known as one of best Shakespearean scholars in American.

Knott County was named after J.Proctor Knott. He was a native of Marion County in 1830 and died in 1911.