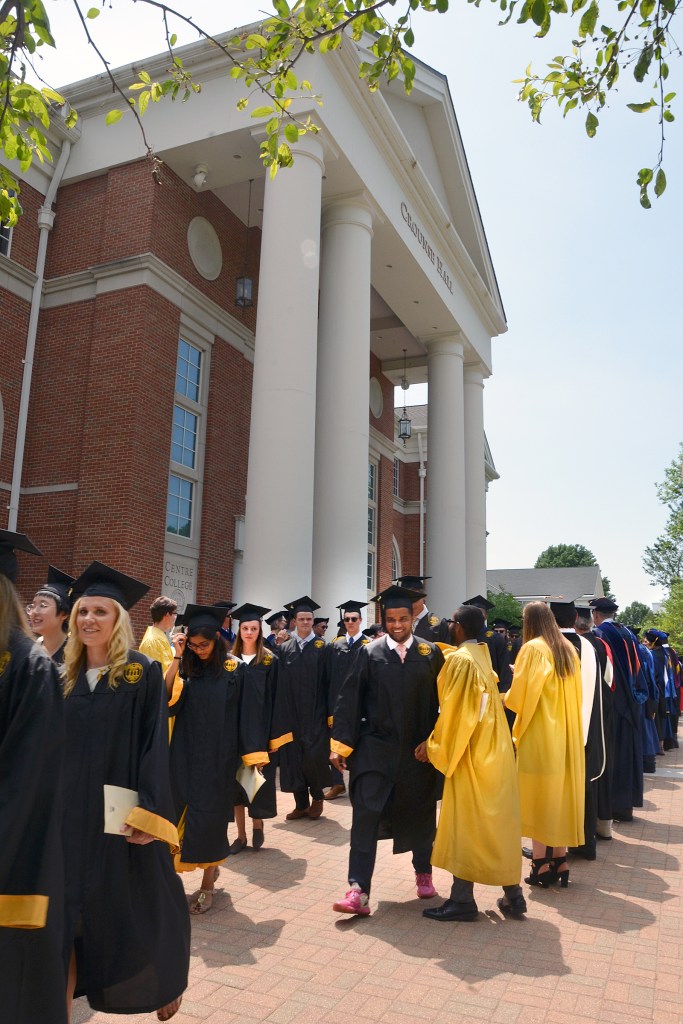 Centre College held its 195th graduation Sunday afternoon in front of hundreds of families and friends. As tradition, graduating seniors — more than 300 this year — lined up in front of Old Centre before the 3 p.m. ceremony began, then marched across campus where they were applauded by the faculty, who were dressed in their finest academic regalia — despite the more than 85-degree afternoon.

Honorary degrees were bestowed to Dr. Stephen B. Bright, a Danville native, and Dr. Robert M. Franklin Jr., who was also the commencement speaker. 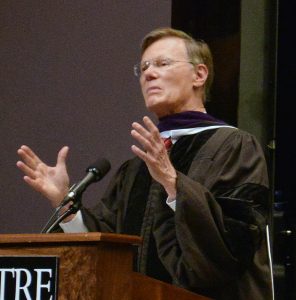 (Robin Hart) Activist and lawyer, Stephen D. Bright, speaks to the hundreds of audience members after receiving an honorary degree from Centre College.

In his speech, Franklin said in today’s contentious and polarized times we live in, it was important that everyone listen to each other and not to “dehumanize” others. Referring to Dr. Martin Luther King Jr.’s writing, Franklin said protests and confrontation works with negotiations.

He said that the graduates should take their experiences, especially from their study abroad schooling, and continue to “repair the faults of this great nation.”

He urged them to love our republic in order to repair it.

Friendships are also very important in our world today, he said. Not just personal friendships out of convenience or on social media — but virtuous friendship where they seek the good of the other person.

Honesty, truth, respect, humility, forgiveness and courage are traits that the graduates need to always remember.

Franklin read from The Office of International Programs, “If the World Were A Village of 100.” He said viewing the world in these condensed statistics, it shows how we all are interdependent with others throughout the world.

• Stephen B. Bright, originally of Danville, is an activist and lawyer who spent 35 years with the Southern Center for Human Rights, first as director the president and senior council. He is currently professor of practice at Georgia State University College of Law. He also teaches at Yale Law School and Georgetown University. 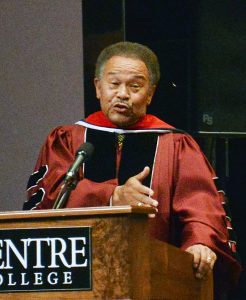 • Robert M. Franklin Jr., is a scholar and educator and is the James T. and Berta R. Laney Professor in Moral Leadership at Emory University’s Candler School of Theology and senior advisor to the Emory president. He was the 10th president of Morehouse College, his alma mater, from 2007 to 2012, and is now president emeritus.