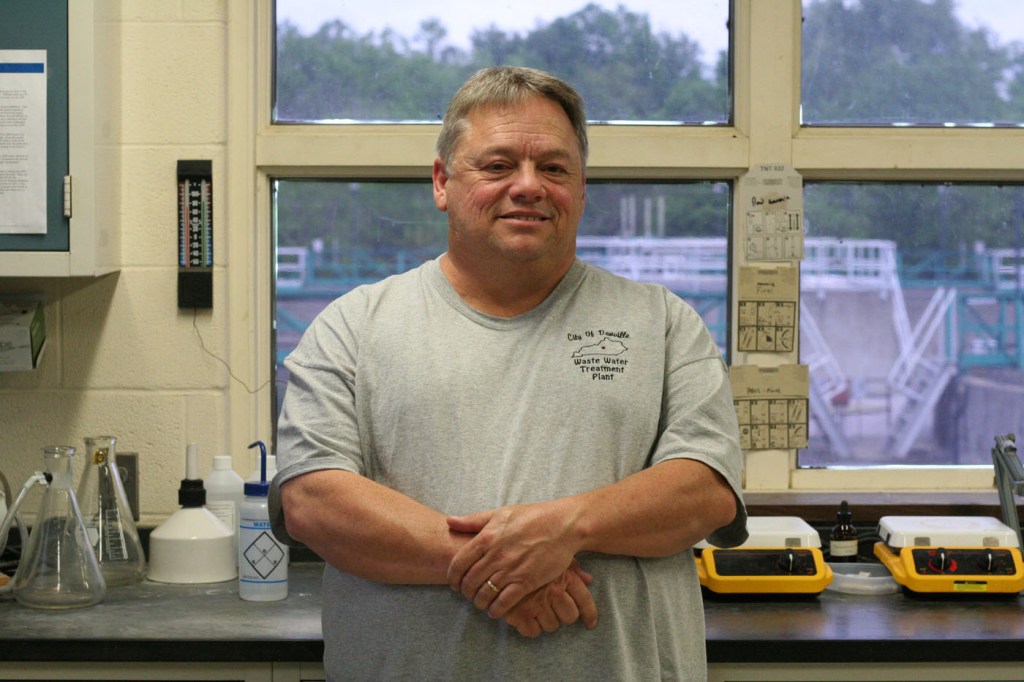 “We work 7-3,” Galloway said Friday, driving around the pond near the front the property that holds waste water as it is pumped in from Junction City, Hustonville, Danville and the other cities treated by the plant.

He points out two aquifers that work to oxidize the water as it comes in. Galloway explains that there are two on the other end, but they don’t use them as much. Instead, they let the algae that grows on the pond add the oxygen in, as a way to save on electricity and let nature do the work. 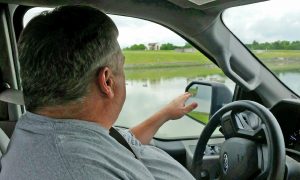 The Waste Water Treatment Plant deals with about four to five million gallons of water a day. He said the water is filtered and sterilized, ensuring that what enters the Clarks Run is clean.

“I would say if you test the water above where ours comes out and what’s coming out, you’d find that we actually help the creek,” Galloway said, pointing to two water fountains flowing water.

The other byproduct, called sludge, is dried out, compacted and taken to the landfill.

Galloway said most of his time as supervisor is spent on paperwork. There are eight employees at the plant and most have been there for at least 10 years.

“They all know what to do,” Galloway said.

He enters water sample numbers into a form online, which he submits month to the Environmental Protection Agency. Those measurements are taken to ensure that what is coming out is clean.

“We don’t want to risk polluting the creek,” he said, explaining that Clarks Run is considered a slow-flow creek. During the summer, the plant maintains the water flow.

He points out a series of tanks where “bugs” are at work to convert the organic matter into a liquid that can be cleaned, purified and released. The micro-organisms help release oxygen into the water. 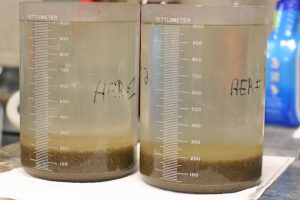 (Kendra Peek photo)
While Galloway works, water samples sit behind him to be monitored during the day.

“We say if the bugs are happy then everything’s happy,” Galloway said.

He said they take samples to monitor the oxygen in the water.

The weather can wreak havoc on the plant, increasing the flow from the normal four to five million gallons a day to 12 million or 13 million gallons a day. Checking the radar on Friday as clouds appeared on the horizon, he said it didn’t appear to be anything of concern.

And if it rained? Galloway said they’d work it out. They hold more water in holding tanks around town and slowly let the water into the system.

“We are controlling the storm water flow with that,” he said.

“I like that I’m not stuck doing one thing every day,” Galloway said. “It’s a good place to work.”

Galloway’s day ends at 3 p.m., but the plant is staffed daily and year-round, he said, including weekends. 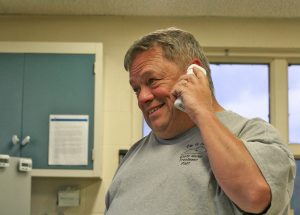 (Kendra Peek photo)
Mike Galloway takes a call from a septic tank hauler in the office of the Danville Waste Water Treatment Plant.