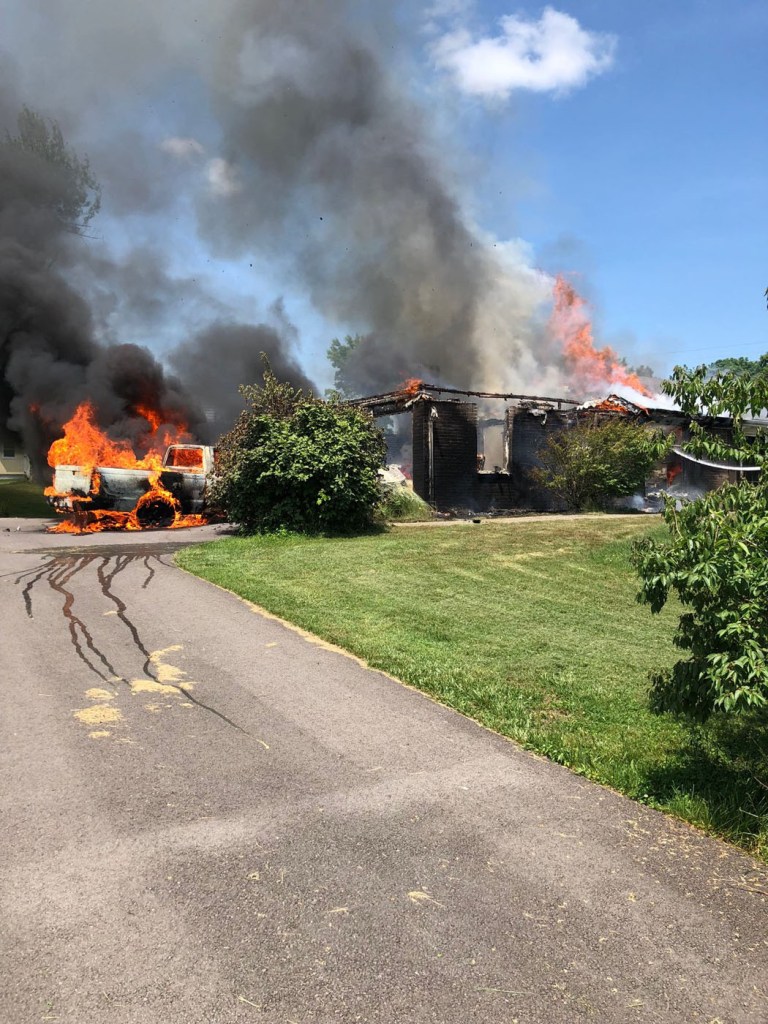 (Photo courtesy Dan Eades/Mercer Co. Fire District) A home in Mercer County caught fire Monday afternoon. The blaze is seen here after it spreads to a truck in the driveway.

HARRODSBURG — According to the fire chief, a lawnmower is the apparent cause of a fire that destroyed part of a home in Mercer County around 2:45 p.m. Monday.

Interim Fire Chief Glenn Phillips with the Mercer County Fire District said the blaze started in the garage of 140 Woodford Place, in Brightleaf Subdivision. A zero-turn lawnmower  possibly overheated, he said, when parked in the garage by the resident, who went inside to rest. Phillips does not know if the mower was left running or not, but believes it is the cause due to the fire pattern.

It took some time for the department to be alerted because the resident could not get his cell phone to work. It was also during the day, when no neighbors were home to report it.

“Within seconds, it was upgraded to a two-station structure fire,” Phillips said. Boyle County Fire Department was also called in to help, and trucks were on scene from six stations of the Mercer County Fire District.

No was injured in the fire, but due to the hot temperatures, some of the firefighters overheated. No one had to be taken to the hospital, Phillips said, but fighters had to go back in multiple times.

One end of the home was untouched by the fire.