Michael M. Smith park sign to be dedicated in August 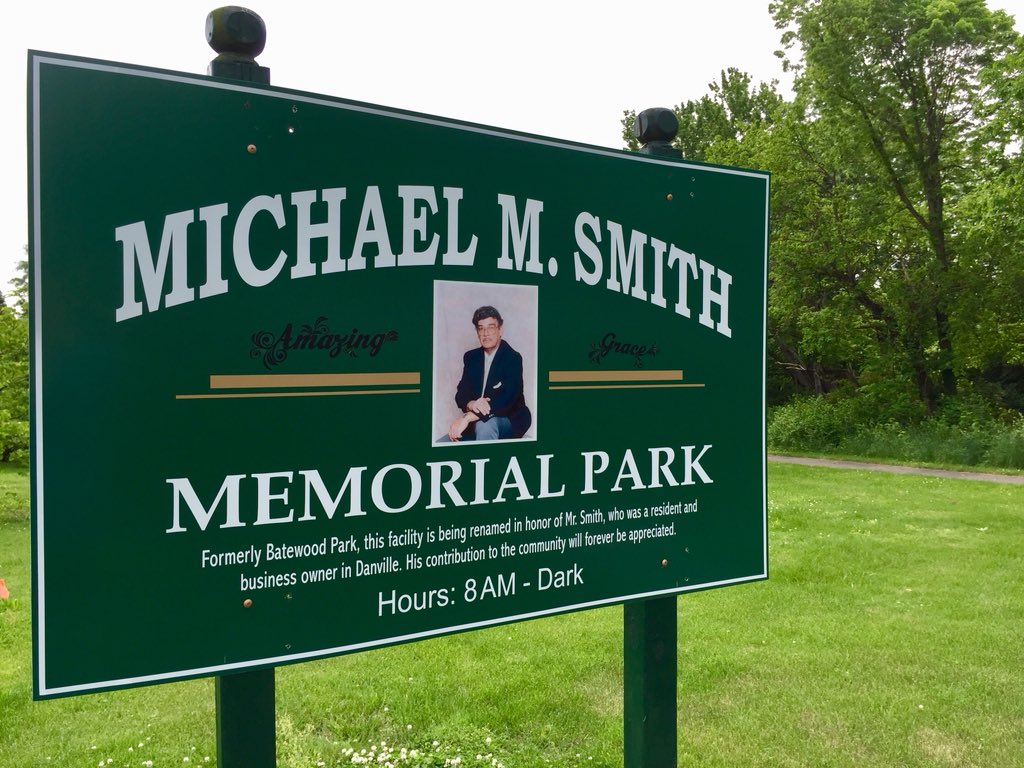 The sign declaring what was formerly Batewood Park as “Michael M. Smith Memorial Park” has already been placed, but the dedication won’t be official until August. The dedication will take place noon Aug. 11 and will coincide with the Bate School reunion taking place.

Before the event, the sign will need some adjustments. Danville resident Mary Calhoun provided suggestions at the Danville committee meeting on Monday.

After the meeting, City Manager Ron Scott said, “The sign, she requested, should be laminated or waterproofed. Also, one of the support posts is crooked so we will be reinstalling (the sign) prior to dedication. The sign itself is fine, but the desire is for it to be more durable. We will make that happen as well as fixing the support posts.”

In October of 2017, the Danville City Commission began considerations for renaming Fackler Street, which runs between Second and Fourth Street. This was in response to suggestions that the street be renamed in honor of the late owner of Smith-Jackson Funeral home, Michael M. Smith.

The public responded with mixed reviews on renaming the street after the African-American funeral director. The street is currently named after Calvin Morgan Fackler, a farm owner and writer. His family members still reside in Danville and voiced opposition in renaming the street.

The changing of the street name to honor Michael M. Smith also received pushback from non-relatives. Angela Allen, a resident of Danville, submitted her opinion to The Advocate-Messenger.

“If Fackler Street in Danville is to be renamed, it should be renamed to Calvin Morgan Fackler Street. This Danville resident and his family deserve recognition for the work he did to record and preserve the history of our fair town,” she wrote.

Thus, a solution was proposed. Instead of renaming Fackler Street, Batewood Park along Second Street could be renamed “Michael M. Smith Memorial Park” and have a sign of dedication at the entrance. On Nov. 13 of last year, city commissioners voted unanimously to accept this proposal.