Tea and auction event at KSD brings in money for foundation, museum 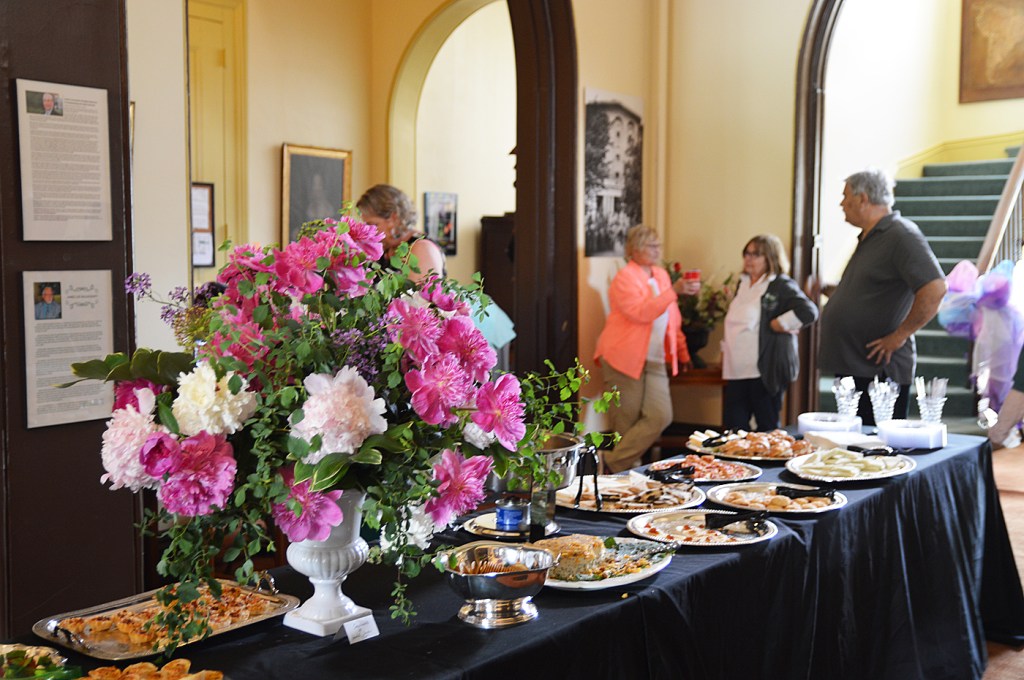 Photo by Casey Craiger At Saturday's Garden Tea and at auction event to benefit the Kentucky School for the Dear, flowers and food line a table at the entrance of Jacobs Hall.

Kentucky School for the Deaf’s Garden Tea and Art Auction brought out roughly 70 people on Saturday. The event was held at historic Jacobs Hall on the school’s campus. It featured two art auctions and was held to benefit the KSD Charitable Foundation and Jacobs Hall Museum.

JoAnn Hamm, with the museum, said all but about six of the on-line auctions items were sold, out of 50, and all but four of the 25 items in the live auction sold. All of the art was donated by area artists in order to benefit the school. 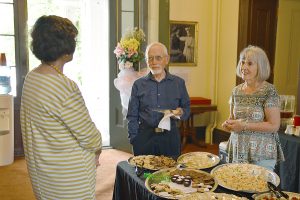 “We believe that this first venture — pairing of the two auctions and a spring tea — was quite successful,” Hamm said, but said the school won’t do it again as an annual event because the Arts Commission will hold an art auction next spring. 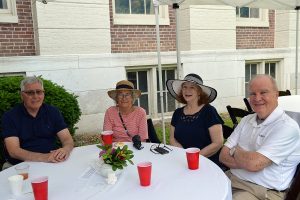 “We are considering holding a similar event the year after next, in 2020,” Hamm said. “It was such fun, with people outside under tents, on our spacious porches and inside the elegant parlors.”

Hamm said the food, which was mainly donated by local caterers Hamm called “the best cooks in Danville,” was elegantly prepared and served. “Jerry Houck generously donated his expertise to make this a fine event to follow the Royal Wedding, that many of our guests had watched earlier.” 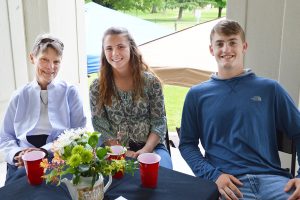 She said the Garden Club of Danville brought spring indoors with its teapots full of spring flowers, and the Museum Committee and KSD foundation went “all out” for two weeks straight with preparations, Hamm said. The event went off well due to the multiple people and organizations who contributed their time and effort. 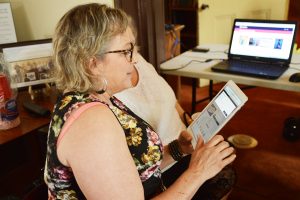