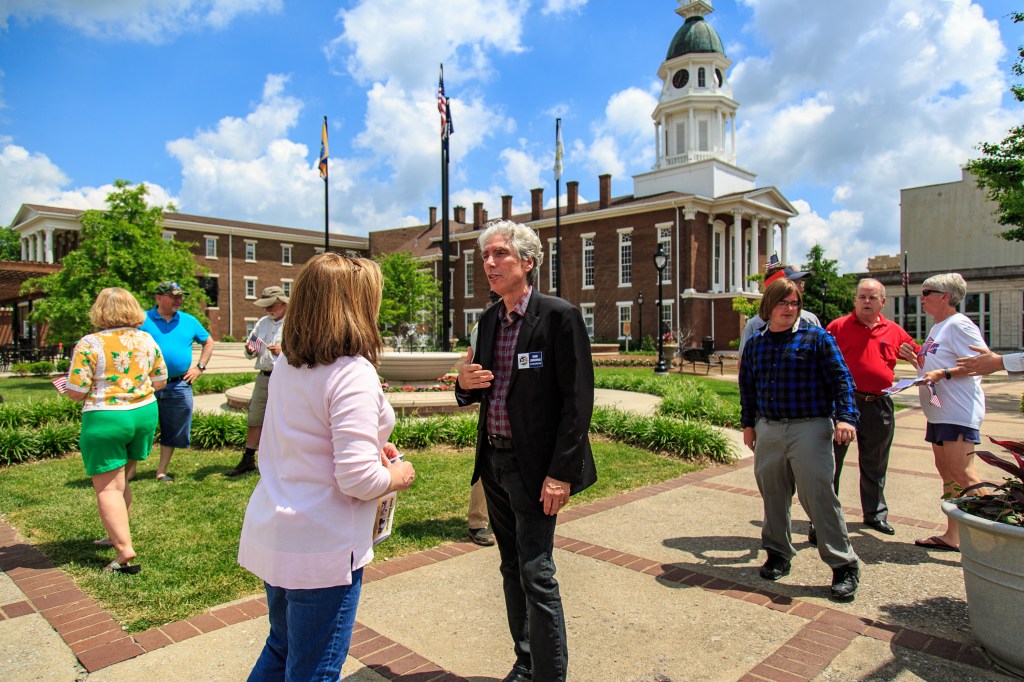 One day after winning the Democratic primary for the 2nd Congressional District of Kentucky, Hank Linderman toured the 21-county district he hopes to represent in the U.S. House of Representatives.

His tour included stops in Harrodsburg and Danville. Other stops included Shepherdsville, Bardstown, Glasgow, Bowling Green, Owensboro and the Elizabethtown area. A dozen or more people joined Linderman at Weisiger Park in Danville as he spoke to passersby about his campaign.

Linderman is facing incumbent Republican Brett Guthrie in the general election this fall. At a candidate forum in Danville in February, Linderman was candid about the chances of unseating Guthrie in a district that’s not considered at risk for flipping. 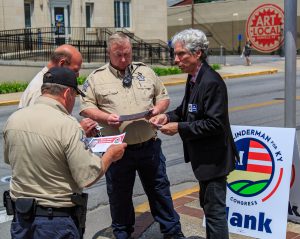 Linderman passes out information about his campaign to a group of courthouse deputies who were passing by.

“It’s very unlikely that we’re going to out-race the Republicans; that’s the reality,” Linderman said in February. “… I don’t believe we can raise money to compete, but what we can do is make them spend a lot of money. And that’s why it’s really important that we fight in this district. If we can force them to work hard and if we can change the conversation, we’re well on our way to winning.”