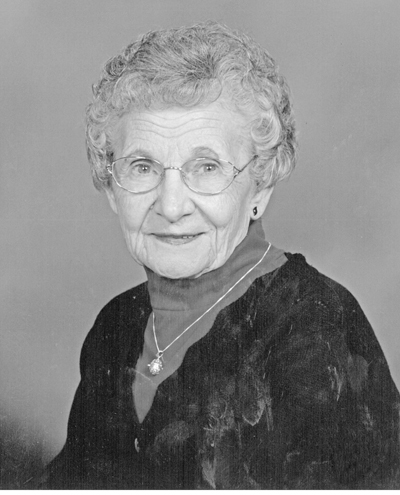 Maggie Souleyrette Terry, 96, passed away May 23.

She was born in Pulaski County, Ky., on August 19, 1921 to Mitchell Prince and Minnie Ethel (Linville) Richardson and she was the widow of Lon Souleyrette and Gayson Terry. She was a housewife and a retired nurses aid and she was the oldest member of the Danville First Church of God where she attended faithfully for as long as her health would permit. She was a caregiver for many years for both relatives and others. Her remarkably positive attitude was one of her greatest attributes and she was always able to find the good in the most difficult situations.

The funeral service will be at 11 a.m. on Wednesday, May 30 at Stith Funeral Home in Danville. Rev. Kevin Cummins and Rev. Billy Singleton will officiate. Pallbearers will be Charles Davis, Mark Saylor, David Coomer, A.J. Johnson, Kenneth Warren, and Dwayne Jones. Honorary pallbearer will be Dr. Don L. Hamner. Burial will be in Bellevue Cemetery.

Visitation will begin after 4 p.m. on Tuesday, May 29 at Stith Funeral Home.

The online guest book is available at www.stithcares.com.