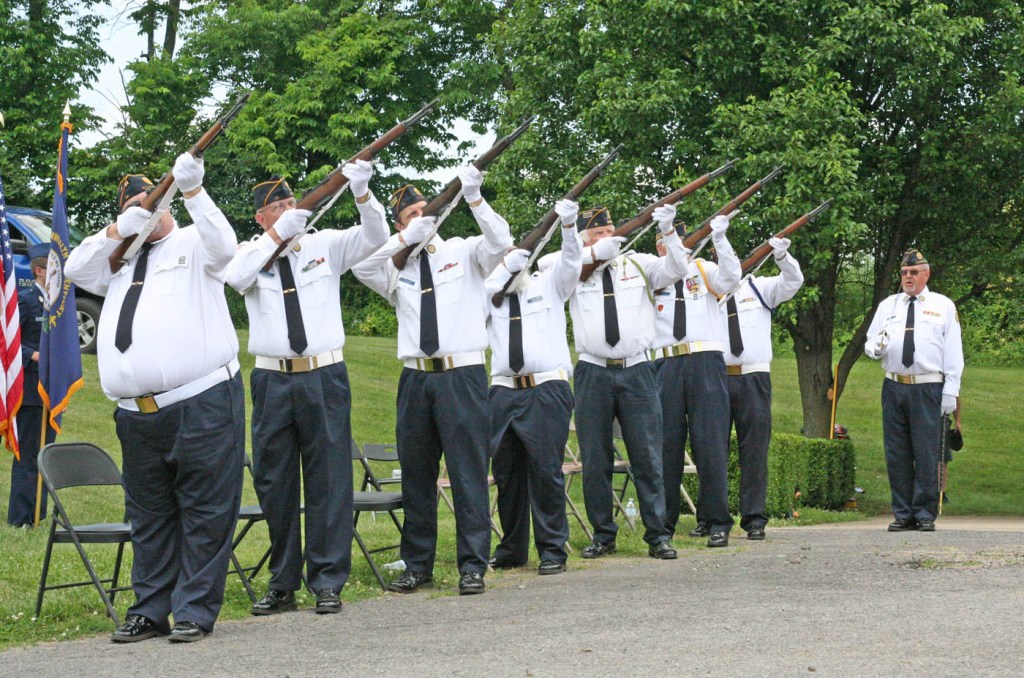 The sun shone bright with barely a cloud in the sky as a group of veterans and others gathered at the Danville Memorial Gardens on Saturday for an event in honor of Memorial Day — to remember the ones who didn’t return home. 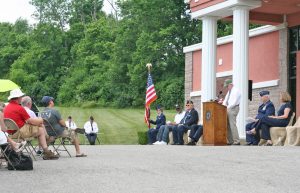 (Kendra Peek photo)
Magistrate John Caywood, a veteran of the Vietnam War, spoke during an event to recognize Memorial Day, held on Saturday.

Featured speaker Magistrate John Caywood, a veteran of the United States Army, shared a few stories of those who didn’t return from the Vietnam War, or those who returned completely changed. 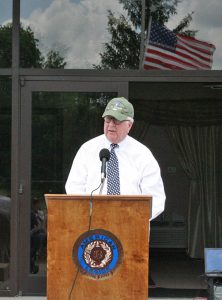 (Kendra Peek photo)
Magistrate John Caywood, a veteran of the Vietnam War, spoke during an event to recognize Memorial Day, held on Saturday.

Caywood himself served in the Vietnam War.

“Keep in mind that this is not about me, but a story of the 2.5 million men and women who served in a conflict that was never really accepted by our country, only by its politicians. But for those in the trenches and offering their lives, it was reality,” he said.

Caywood shared the story of “Rick,” a man who served as a medevac pilot during the war and now suffers from throat cancer, dealing with the effects of agent orange.

He shared the story of “Sgt. T.,” a man who never made it home, dying four months after the birth of his daughter, having never gotten to meet her. Caywood has met her, now an adult living in Louisville with children of her own.

“Next year, Sgt. T’s granddaughter will begin studies at the University of Louisville on a full scholarship. He would be so proud,” Caywood said.

Caywood said Vietnam soldiers experienced 240 days of combat during their 365-day tour, a fact he learned from the History Channel.

“Yet, when they returned home, there were no parades, no flags waved, no honor guard, no bands or kind words. Just cold stares, unkind gestures and unkind words … Remember, Vietnam was not the war you know, instead it was the war they fought,” Caywood said. 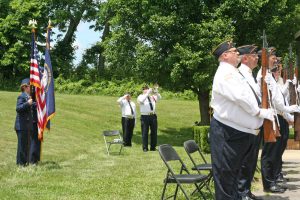 “I know what 12 months in Vietnam did to a kid and I know what five to six tours would have done to them and it is not pretty,” Caywood said. “We are going to be dealing with the consequences and the costs of taking care of many men and women for the rest of their lives.”

He said it’s people like those who attended Saturday who make sure that veterans and their families are recognized for their sacrifices, whether they returned from war or not. 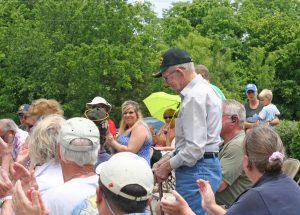 “Today, we come together to honor the fallen. They accepted death for the love of their country. We also remember those brave soldiers affected by their military service and will be affected for the rest of their lives,” Caywood said. “Our flag flies with the last breath of each soldier and veteran who served protecting us.”

After Caywood spoke, Magistrate Jack Hendricks, a veteran of the United States Air Force who was the emcee for the event, asked each person who had served in Vietnam to stand up, then thanked them for their service.

Also recognized at the event was 99-year-old Paul Chandler, a WWII veteran who was a member of the United States Army, 82nd Airborne Division, 325th Glider Infantry Regiment. Chandler will turn 100 in November, said his son Jim Chandler.