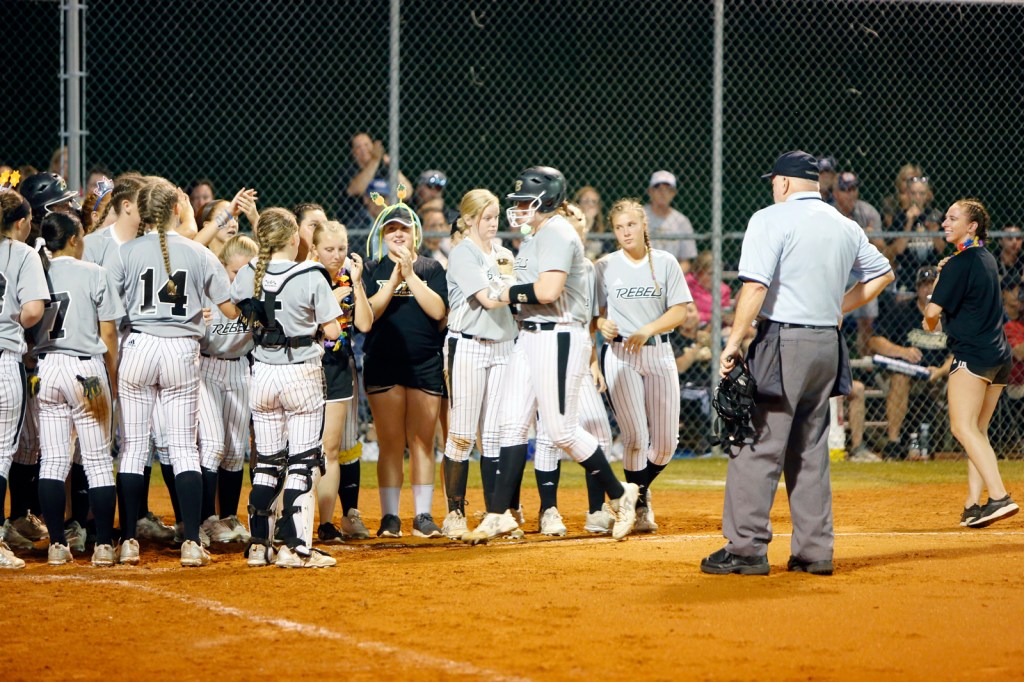 SOMERSET – Boyle County is one win away from repeating as regional softball champion, as the Rebels advanced to the championship game of the 12th Region Tournament with a 6-1 victory over Mercer County in a semifinal Tuesday night at Pulaski County.

Katy Grace Chadwell crushed a two-run home run to cap a three-run third inning that gave the Rebels some breathing room, and she shut out Mercer for 6 2/3 innings from the pitcher’s circle.

Boyle (25-10-1) will play East Jessamine (29-2) for the title at 7 p.m. today. The two teams have accounted for the last eight regional championships.

“Our No. 1 goal every year is to win the region, because you can’t achieve anything else until you do,” Boyle coach Brian Deem said. “We know we’ve got our hands full. They’ve got a top-five pitcher in the state in Hannah James.”

Boyle batters drew leadoff walks in the first three innings, and two of them scored on Kelly Lay’s RBI double in the second and Channing Whitehouse’s RBI single in the third.

Whitehouse was followed to the plate by Chadwell, who launched a long home run to left-center field that gave the Rebels a 4-0 lead. A subsequent single by Keely Bowling marked the end of the night for Kayleigh White, Mercer’s seventh-grade starting pitcher.

Gracie Edmiston singled home an insurance run in the fifth inning, and Madison Robbins drove in another on a groundout in the sixth.

Whitehouse had two of Boyle’s eight hits, and six Rebels had one hit each.

“We’ve been hearing a lot about Kayleigh White and got to look at her some a couple of games before the postseason. We told our girls to be patient and if she gives you a pitch to drive we’ve got to make sure we capitalize, and we did that tonight,” Deem said.

Mercer (20-15) had six hits but didn’t have more than one in any inning until the seventh, when Maddie Williams’ two-out single drove in the Titans’ only run.

East Jessamine, which defeated Pulaski County 3-2 in nine innings Tuesday, has won five regional titles and Boyle has three since 2010. They have met twice in the finals, with the Rebels winning in 2013 and the Jaguars winning in 2014.

They last met in the first round of last year’s regional, when Boyle won 6-0.