DCA grads are challenged: ‘Remember this’ 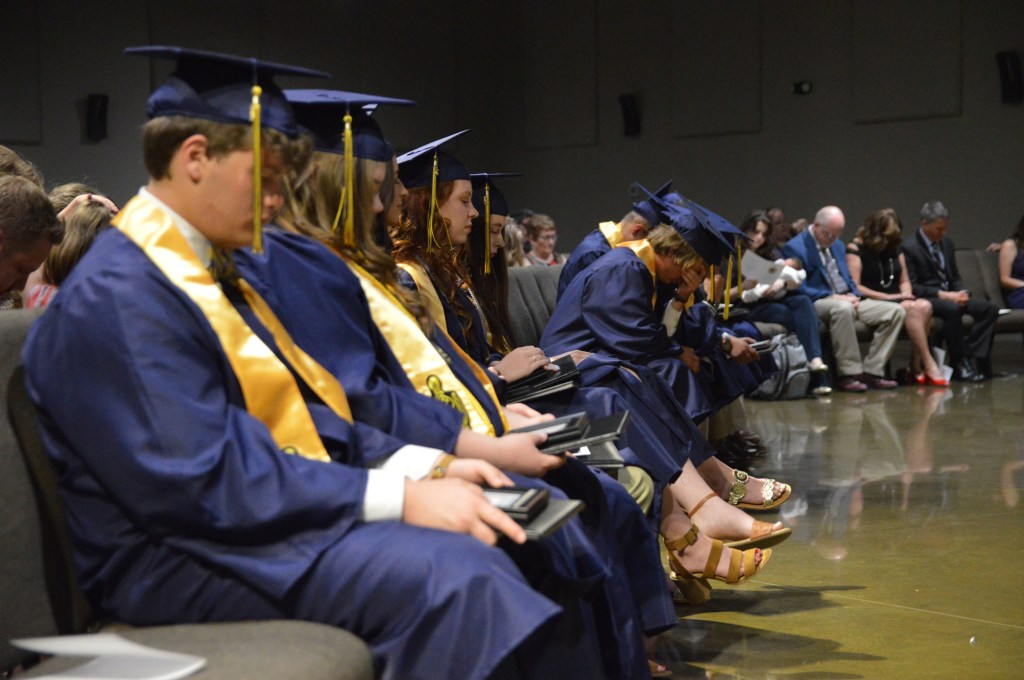 Twelve students reminisced on their years at Danville Christian Academy at the school’s commencement ceremony on Saturday at Indian Hills Christian Church.

The ceremony was led by DCA Headmaster Jim Ward. After welcoming those in attendance, Ward invited Valedictorian Emily Dadisman to take the stage.

Dadisman was all smiles and began by warning those graduating to be wary of time.

“You have less time than you think. This is both the best news I could ever give you and the absolute worst … When you are getting to live your life with your 11 best friends every day however, the idea that time is fleeting is a punch to the gut,” Dadisman said. 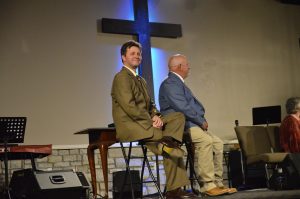 (Casey Craiger photo) Headmaster Jim Ward looks proudly at the soon to be graduates of DCA.

She recounted her years at DCA by addressing inside jokes among the class and poking fun at the “infamous” DCA dress code.

Dadisman completed her speech by stating that because of the pace of time, every moment should be lived as though it is a last because, “You never know the value of a moment until it becomes a memory,” she said.

Kevin Maples, teacher of biblical studies courses at DCA for nine and a half years, provided a heartfelt message for the Class of 2018.

“In the coming years, some of you may not end up where you intended or where you hoped,” Maples said. “If you reach the point of recognizing that your choices or your circumstances have taken you where you don’t want to be, I do want to challenge you to remember this day.”

He reminded the students that regardless of what happens within their lives, they have a support system.

“Today, your classmates and friends with whom you have shared experiences surround you. They have supported you in these first critical years of your life,” he said. “You are surrounded by family members who love you. They have worked hard to raise you and many have sacrificed to bring you to this day that symbolizes this transition period in your life.”

He also noted the teachers, school administrators, coaches and ministers who have seen them to the point of graduation and will continue to support them in their endeavors.