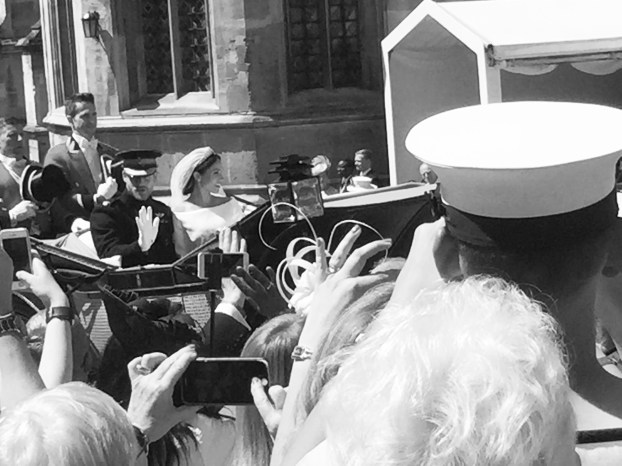 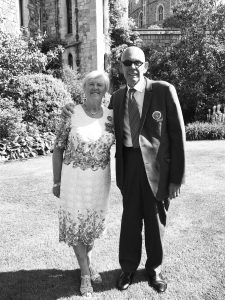 Councillor Audrey Wales MBE, left, stands with her consort, Chris Wales pose the day of the royal wedding. Audrey Wales is mayor of a merged council in Ireland that governs three boroughs, including Danville’s Sister City, Carrickfergus. They submitted these photos taken the day Prince Harry and Meghan Markle were wed. The Wales said they had such a special day, and were just at the door where Her Majesty and the Royal family entered. At the end of the ceremony, the family came out and stood together to see the bride and groom in their carriage.