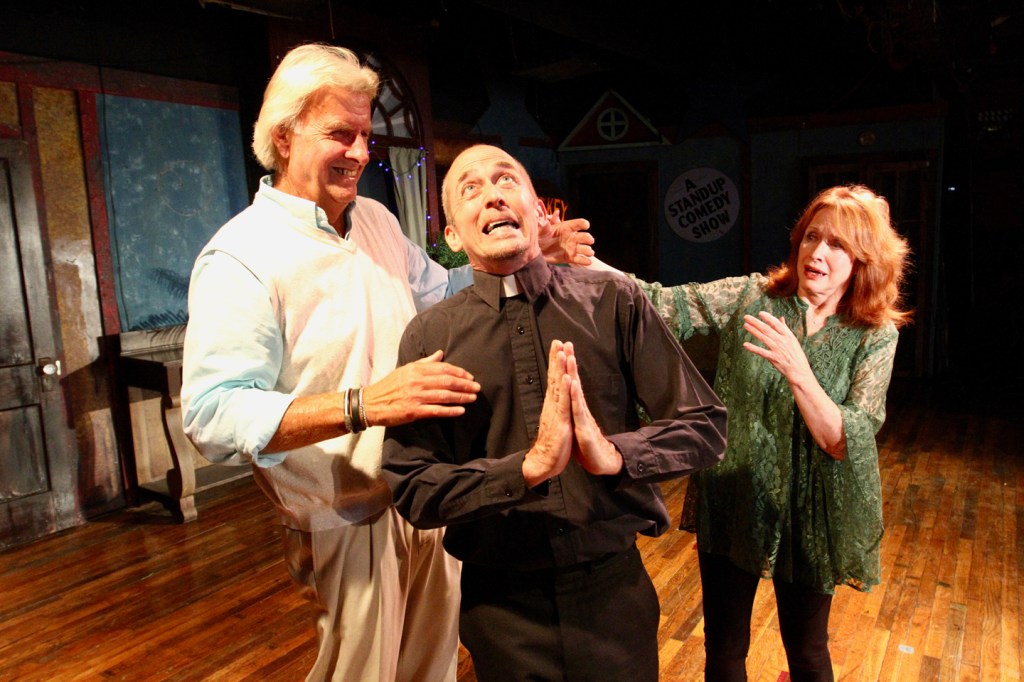 “Luck of the Irish” is described by the Urban Dictionary to be less about luck and more about an attitude — a positive look at a bad situation. That’s the best way to describe how the folks at Pioneer Playhouse have chosen to handle having two of their actors as no-gos for the very first production of the season — scheduled to open in less than 10 days, on Saturday, June 8.

The first play, “The Return of Tinker Doyle” is the Kentucky Voices choice, written by Danville playwright Liz Orndorff as a sequel to her play from five years ago — a huge hit at Pioneer Playhouse. Kieran Cunningham was cast in the show; he’s originally from Carrickfergus, Danville’s sister city in Northern Ireland.

Cunningham has been to Danville twice in the past, acting for the playhouse as well as doing some cultural outreach around town, sharing his heritage and making fast friends. Always filled with great stories, Cunningham has appeared on HBO’s “Game of Thrones,” as well as stints on both stage and screen in Ireland and England.

Rickie O’Neill was also set to be in “Tinker Doyle.” He’s an actor, musician and the drummer of an iconic Irish band, The Saw Doctors. O’Neill and Cunningham were to fly out together from Dublin on Sunday, headed to Danville.

Both were set for multiple appearances in different programs around town, from the playhouse to the library and beyond.

But their flight was cut short before it ever left the runway. Both men were stopped in customs in a Dublin airport, apparently because they were required to have work instead of tourist visas due to getting paid for their play appearances.

Heather Henson says it never even occurred to the playhouse to apply for work visas for them since the visits in the past have been mostly part of a cultural exchange. They would have been in Danville for 28 days, and both had return flights booked.

“I’m heartbroken. I love Kieran, and was so excited about meeting Rickie,” Henson, the managing director of the playhouse, says. But on the flip side — they had to realize the actors more than likely were not going to make it here in time, the way things were looking. Emails and calls went out, but there was not much that could be done to get the two men here.

“We’re putting on a show in 10 days; the clocks are ticking,” Henson says, so they hit up a returning favorite, Daniel Hall Kuhn.

“We were just lucky, everything else aside, that Daniel was even available …” Henson says.  “Daniel is one of those actors audiences ask for again and again. So we’re thrilled that he’ll be returning to fans who love him.” 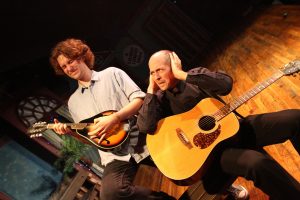 It’s the 69th season at Pioneer Playhouse, and the Henson crew has had its fair share of last minute shake-ups. Just six years ago, Holly Henson died on the very day all of the actors were arriving and meeting each other for the first time.

“We thought about delaying the season, but ultimately we knew Holly wouldn’t want that,” Heather Henson says. They went ahead with auditions that night and started rehearsal the next day. One week later, they held a memorial service in Holly’s honor, and two weeks later opened the show.

“’The show must go on’ is definitely written in our DNA,” Henson says. Growing up in summer stock theater has honestly taught her and her brother how to roll with the punches. They’re used to making things work — no matter what.

That’s why Robby Henson, artistic director for the playhouse, has stepped in as a musician to round out the crowd scenes.

“Robby can basically pick up any instrument and just start playing,” Heather Henson says, but he quickly downplays this.

“I can play a lot of instruments and sound like I know what I’m doing, even though I don’t, really …” he says. He’s already learned to play the song that Cunningham would have played (“Kieran plays it much better, of course,” Robby Henson says), which is a mournful ballad called, “Carrickfergus.”

“Actually, he really does know what he’s doing,” his sister adds.

Another role which has an interesting connection is the bartender, who will be played by Breandan Draper. Heather Henson worked with several bands when she organized the Danville Irish Festival five years ago in conjunction with “The Search for Tinker Doyle.” One of those bands is the Draper Family band from Lexington, who she stayed in touch with through Labhras Draper, the father and band leader.

She contacted him for help as a musician for the production, but he wasn’t available. However, his son, Breandan is, and is now the guitar-playing and singing bartender.

“He’s making his acting debut in this show,” Heather Henson says. And again, she says although they are heartbroken to not have Cunningham here, they were lucky Kuhn stepped in on such short notice. “And we’re lucky to have a strong cast and company that could pull together. Something like this always brings a company closer.” 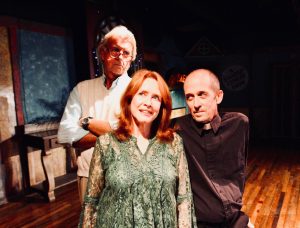 Which is how Heather Henson says she feels about Danville’s sister city.

“Honestly, I feel like our bond with Carrickfergus is even stronger now,” she says. “I hope everyone continues to celebrate that.”

“The Return of Tinker Doyle” opens June 8 and runs through June 23. Shows are 8:30 p.m. Tuesdays-Saturdays, and an optional pre-show dinner is available at 7:30 p.m. with reservations. Although the dinner is usually barbecue pork or chicken, Chef Tom Hansen will prepare a traditional Irish meal in honor of the play, offering corned beef, roast potatoes, carrot slaw and other farm-fresh sides. Dinner and a show is $32; tickets are $18 for the show only. A cash bar serving beer, wine and spirits will be open during dinner and the show. Get tickets at  pioneerplayhouse.com or by calling (859) 236-2747.