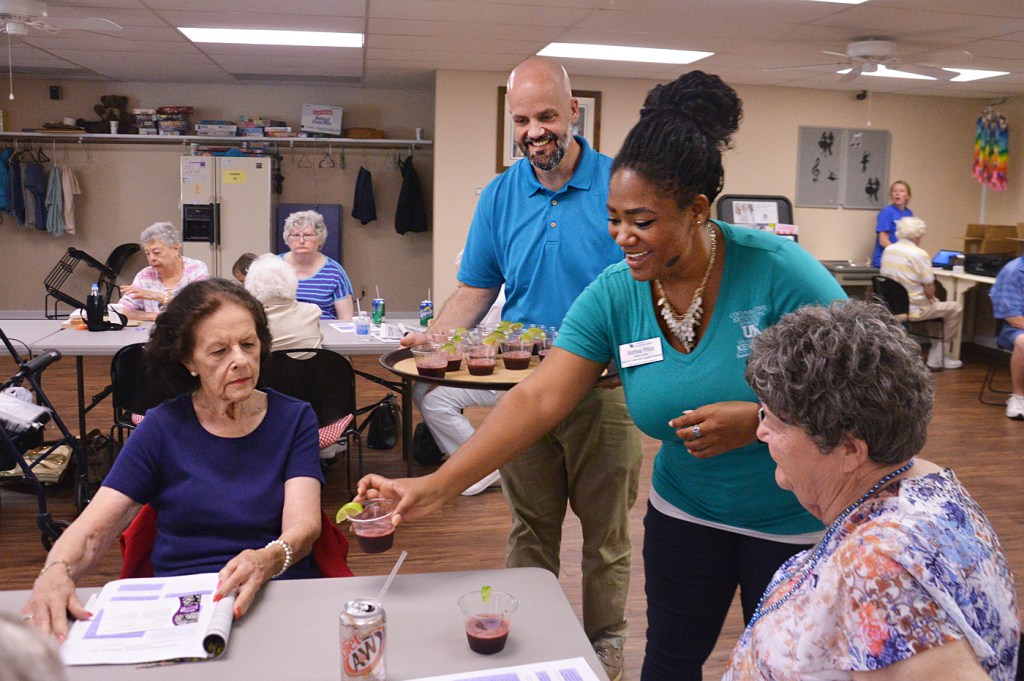 A Gathering Place has weathered the storm and will once again be awarded federal grants to continue and expand its services. The senior citizen activities center — formerly the Danville-Boyle County Senior Citizens Center — had operated for three years solely on local government funding.

Bluegrass Community Action Partnership announced in April it was not reapplying for Title III and other federal funding and was closing its 55 And Alive Senior Activity Center on Hustonville Road at the end of June, so A Gathering Place’s executive director, Ben Guerrant, put in a bid for those grants in last March.

Last Thursday, he received a notice that A Gathering Place was awarded the funds.

Guerrant said the center is “thrilled” to have the federal grants back. “I think we can be very efficient. We have to be efficient. We are stewards of the public dollars.”

The federal grants are awarded every three years, but Guerrant would not release the amount A Gathering Place is receiving.

“I will say it’s substantial. However, the cost of running the actual program far exceeds the grant amount, which is why we are still heavily dependent on the local support from fiscal court and the city commission. They have been tremendously supportive of this center and their support has been crucial to our continued success in our community.”

After the Title III and other grants were given to the 55 And Alive program in 2015, “We did continue to serve meals here. Steps were taken to cut costs in certain places and through the generosity of the city and county governments, we continued to serve the population that was used to coming here. That was a three-year storm that we weathered.”

He said during that period, more people continued to use the center’s facility and services. “I think that’s very indicative of the need for the services.”

Once the transition of funding is made, Guerrant anticipates a leap in the numbers of senior citizens and adults in the day care they serve every week, whether it be for activities, food or transportation.

“Think about that for a second — 15,860 meals going out to homes in this county annually.” He anticipates those numbers to continue climbing.

Add that to the meals they already serve at the center and its adult day health care, and it totals nearly 30,000 meals coming out of their facility, Guerrant said. 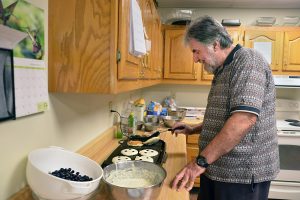 “One of the things we really want to do is engage more of a community-wide volunteer base.” He hopes lots of church and service groups; coffee, book and homemaker clubs; and even Bunco groups will want to help.

This would be a multi-faceted approach, he says, in helping seniors maintain their independence. Guerrant says using volunteers helps the center save money, allowing them to expand or increase services. It also allows seniors to have more contact with others in the community, and it gives volunteers an opportunity to do something “tremendously important” to those living in our community.

“Once we have that volunteer base engaged, I think you’re going to see some friendships develop and blossom.”

Plus, he says, it’s an extra set of eyes who can make sure the person they’re delivering food to is OK and if not, then perhaps they can help that person get further assistance with another agency.

“It’s another group of people who care.”

Currently, there are between 25-40 meals served three days a week at the center. Guerrant speculates that number will also rise with the closing of 55 And Alive. He also anticipates growth due to more awareness of what A Gathering Place offers and the continued increase in the senior citizen population.

Guerrant said he doesn’t want their numbers to increase, “Because that means that there are people that are food insecure. If it does increase, are we willing to respond to it? Absolutely; absolutely. The last thing that we want in this county is for a senior citizen to struggle with hunger.”

Another “huge part of what we do” is providing transportation to those seniors who don’t drive, he said The extra funding will help the center with more transportation options.

“I anticipate our transportation numbers going up quite a bit. Because the needs of our seniors are increasing as a whole.”

As the seniors age and their ability to drive diminishes, Guerrant said they still have errands to run, doctor appointments to keep and grocery shopping to do. “They need to go about their activities of daily living.”

Guerrant said he couldn’t put into words how gratifying it is when you feel you’re making a difference in somebody’s life.

“When a senior citizen comes in and tells you they don’t know what they’d do without the center, I think that speaks volumes.”