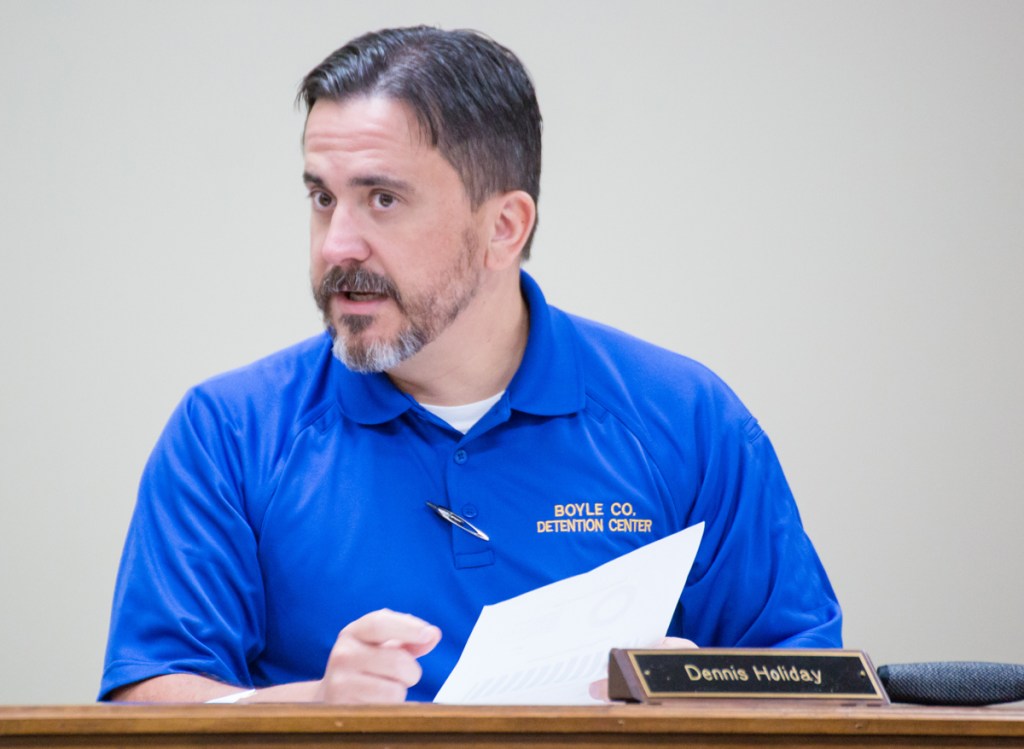 At least two cases of Hepatitis A have been diagnosed in Boyle County in the last two weeks, and both cases caused quarantines at the local jail.

The Boyle County Detention Center was notified by the health department on May 19 that a former inmate who had been released three days earlier had tested positive for Hep A, said Brian Wofford, chief deputy at the jail.

Then, late Tuesday or early Wednesday, an inmate was booked into the jail who “started exhibiting signs and symptoms (of a Hep A infection), so our nursing staff recognized that,” Wofford said.

Officials believe both cases involve men who were brought to the jail already infected with Hep A, he said.

“If they had caught it in the jail, we would have had more cases of it, so they were brought in — we believe — already positive for Hep A,” Wofford said. “And here’s the thing — most of these guys already have (Hepatitis C) because they’re drug users,” which makes them more susceptible to a Hep A infection.

As soon as the jail was notified of the first Hep A case, “we went ahead and put procedures in place to kind of contain it to make sure it wasn’t spread through the jail,” Wofford said.

“We notified our jail inspector … and documented everything — what we were told by the health department, what we did,” Wofford said. “… They told us we’re not the only jail — there’s five or six other jails.”

When the second Hep A case was identified, jail staff again quarantined all the inmates the second Hep-A-positive inmate had been in contact with. Quarantine means all the inmates are confined to a cell and have no physical contact with the other inmates — they can’t access the rec area, participate in weekly religious services or appear in court. But they can still have video visitation time, which is helpful for family members who are very worried about them, Wofford said.

Quarantines last for 14 days, during which time the jail medical staff is monitoring the inmates “24/7,” Wofford said. Friday was the last quarantine day for the first group of inmates; the second group will be in quarantine until June 12 or 13.

Wofford said no other inmates or jail staff have shown symptoms of being infected. But he doesn’t believe this is the end of the problem. Hep A has been spreading in Kentucky, particularly among populations more vulnerable to the disease, such as drug users.

“We’ll have more (inmates who are Hep-A-positive) brought to jail, so we’re being more proactive in identifying it as soon as they’re brought in … so that way we don’t expose any more of the population than we have to,” Wofford said. “… We talked to the sheriff and EMS to make sure they’re getting vaccinated as well, because they’re going to be first contact with these guys.”

Wofford said the jail staff is doing everything it can to minimize the risk, even as overcrowding at the facility makes that harder to accomplish. The jail was holding 306 inmates Friday evening, he said; the jail’s rated capacity is 220.

As a result, the jail has to use general population cells as quarantine cells, which is less than ideal, Wofford said.

Officials have purchased a disinfectant that “destroys” Hep A and they’re using it around the jail to prevent spread of the disease, he said.

“We’re spraying it on surfaces that they would touch, especially where they would come in during the booking process.”

Boyle County Health Department Director Brent Blevins confirmed earlier this week that Boyle County was among dozens of counties in Kentucky that had seen confirmed cases of Hep A.

“I can only say that Hep A has been reported and protocols followed. We use the same process for Hep A as we do when other infectious diseases are reported,” Blevins said at the time.

Statewide, 448 cases of Hep A were confirmed at the end of April. A total of 315 people were hospitalized and four died. More than 70 percent of those cases were in Jefferson County, according to an article from the Courier Journal.

Hepatitis A is fecal-based and is commonly transmitted when someone who is infected doesn’t wash their hands after using the restroom, then touches something, according to Blevins.

One of the most important ways to combat Hep A is by washing your hands regularly. Blevins also recommended getting the Hep A vaccine from a doctor or at the Boyle County Health Department.