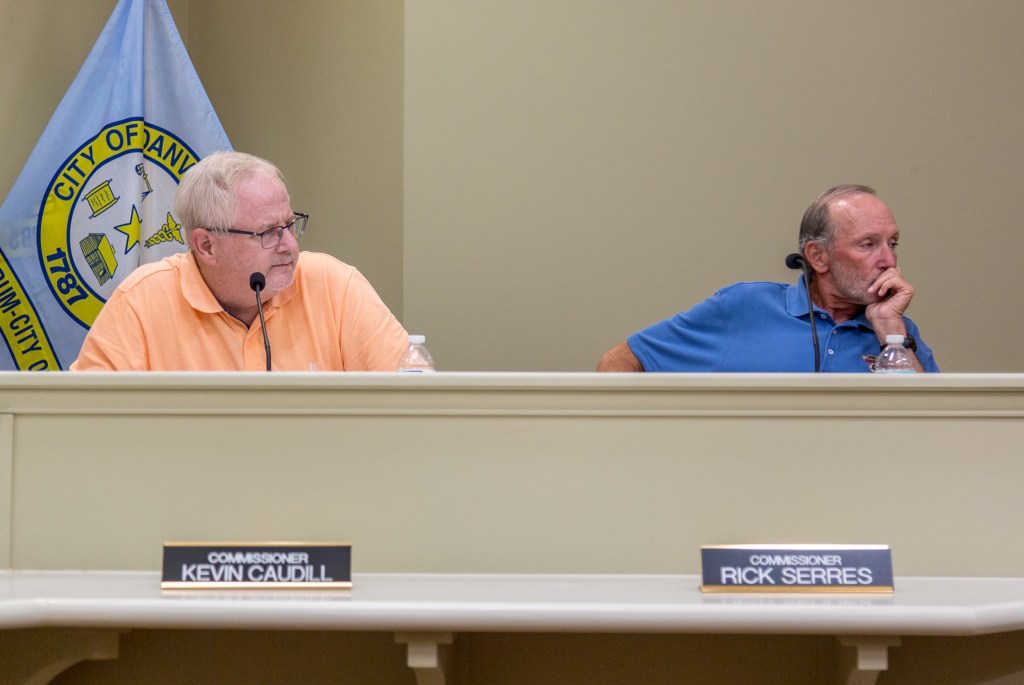 The newest version of Danville’s 2018-19 budget maintains most of what was included in April’s first draft, but it does restore some funding for three community non-profit organizations.

Scott had originally proposed cutting funding for all community agencies by 50 percent except the Danville-Boyle County Senior Citizens Center, now called A Gathering Place. The new budget also keeps the senior center fully funded and gives back half of the cuts to those three agencies:

Danville City Commission has not yet voted on the proposed budget.

Cuts are being proposed to community grant funding as the city’s general fund balance is projected to decrease over the next fiscal year to around 60 percent of what it was at the beginning of this fiscal year.

City Manager Ron Scott noted when he presented the first draft of the budget that buffers are getting thinner in both the general and utility funds. He repeated that note of caution while presenting the revised budget proposal Tuesday night.

“As we continue to decline in that balance, we probably next year may need to look at our adequacy of resources or some other adjustments because we cannot continue to have a decline in our total fund balance,” he said.

The utility fund is projected to have a remaining fund balance after expenditure of borrowed funds of just $624,416, according to Scott’s budget summary.

With those declines, however, the city is planning to accomplish a lot. The proposed 2018-19 budget includes more than $12 million in general fund capital expenditures, including $9.5 million for a new fire station and ladder truck; and another $7 million in capital expenditures in the utility fund, including a $2.4 million Corporate Drive water line upgrade that’s been touted as a way to save jobs in the industrial park.

“I think it does a good job of continuing services and implementing priorities we’ve talked about,” Scott said of the proposed budget.

The budget does plan for a state-mandated 12-percent increase in pension contributions to the County Employees Retirement System — that increase is going to end up costing Danville around $200,000, Chief Financial Officer Michele Gosser said Wednesday.

While that’s significantly less problematic than the $700,000 estimated increase Danville thought it would be facing, the potential for continued increases in subsequent years is concerning, Scott said Tuesday.

In December, the Kentucky Retirement Systems board required huge increases in contribution requirements from employers like Danville, in an effort to shore up the state’s ailing pension funds. The Kentucky legislature passed a bill this spring that capped the increase substantially lower, at 12 percent — but it also allowed 12-percent increases to continue for up to 10 years.

Gosser said since the only numbers the city has to go on are what the legislature passed in House Bill 362, the only thing Danville can do is move forward anticipating the full 12-percent cost increase every year.

“All we can do is go with what we’re being told right now,” she said.

Theoretically, if the state pension board required the full 12-percent increase every year for 10 years, pension contributions would be 310 percent higher in year 10 than they were this year.

Gosser said from May 2017 to April 2018, Danville paid about $1.85 million into the pension fund for its employees. Without accounting for any raises, hiring of new employees or other increased costs, that amount would swell to more than $5.7 million annually after 10 years of 12-percent increases.

Gosser said such a massive increase is not beyond the realm of possibility.

“It possibly could do that. We’re hoping it doesn’t do that, but it possibly could,” she said. “… Some states — it’s been known for them to do that to make their pension whole.”