For sale: Stanford City Council gets deed to blighted property 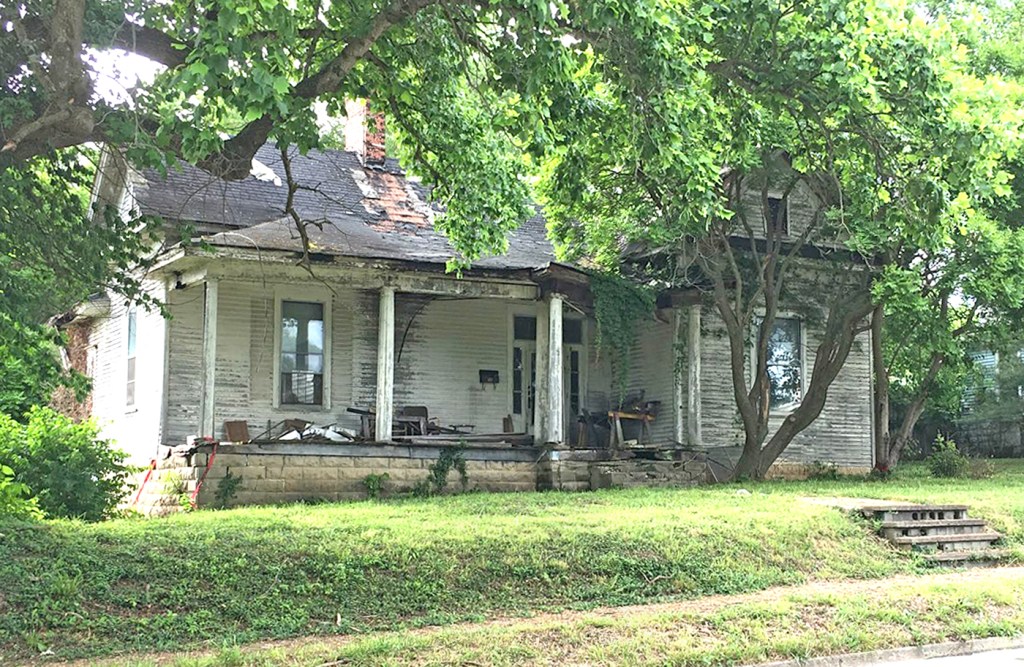 STANFORD — The City of Stanford may not be in the business of selling real estate, but it currently has a house to sell.

City Attorney Chris Reed read a declaration at a special called meeting of the City Council last Wednesday declaring the James Gatewood Cherry Sr. property at 705 Lancaster Ave. in Stanford a blighted property. The transfer of the property from Cherry to the City of Stanford was filed on Tuesday, May 22, for a consideration of $20,000. Following the declaration, the council voted to sell the property.

“Now that the deed has been executed and the city has possession of it, we’ve declared the property as blighted and that allows the city to do an outright transfer for compensation without having to go through the process of bidding it,” Reed said. “We’re hoping that an interested individual in the community would like to purchase that property and either rehab it or remove the blight (structure) from the property.”

The transfer of deed and the declaration put to an end a two-and-a-half-year battle over the property, which began with Stanford Code Enforcement. Reed said the process took surprisingly longer than expected.

“I expected it to take eight months to a year and we kept running into roadblocks along the way and different arguments, and we’d have to set it off for another month,” he said. “And then we had an issue with our hearing where our experts couldn’t be at the trial date — a whole bunch of little stuff that usually only happens once that happened several times.”

While pleased that the house is now city-owned and on the market, Reed expressed some disappointment.

“It’s sad, it is,” he said. “That property could have been a centerpiece for the community, but it wasn’t meant to be.”

Reed added that the process was necessary, however, to show that the City of Stanford is diligent in its efforts to clean up properties.

“I think it’s important that we show the community that we are serious about helping clean up properties. Each one that we fix improves the ones next to it,” he said. “It’s unfortunate that this one took as long as it did, but now that we’re through with it, we’re going to move on to the next one and we’re going to keep going.”

Keeping the process ongoing is important, Reed stated, because of the effect on other’s properties.

“When we went to the Blighted Communities Conference, they did an economic presentation on what effect just one of these (blighted) properties has on the value of surrounding properties,” said Reed. “It can lower it from anywhere from $15,000 to $30,000 by just having something like that around. Each one of these that we remove helps the community in general.”

With the deed to the Cherry property (lots No. 24 and No. 25 in Land’s Addition to Stanford) in hand, the City of Stanford is looking for potential buyers.

“If you know anybody that wants to buy it, tell them they can contact anybody in city government and we’ll make sure it gets on the next agenda what they want to offer for it and we’ll go from there,” Reed said. “It could be a beautiful home if somebody wanted to put the time into it.”