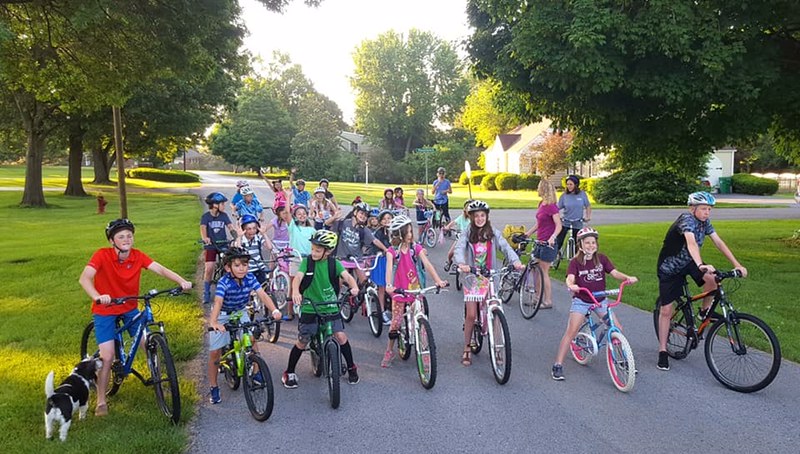 The tradition of Jennie Rodgers students riding their bikes to school led by parent Michelle Bischoff saw it’s last run on May 25.

“I started the ride when my little guy Brady was in 2nd grade. It started out with a few kids from Williamsburg Village and we have kept doing it every year,” Bischoff said.

Bischoff said that the ride began so long ago her youngest kid, Hannah Bischoff, was too little to ride and was instead pulled in a trailer. Hannah graduated with the fifth grade class on Friday.

“We’ve done it rain or shine. It has always taken place on the last day of school and has continued to grow since we started,” Bischoff said.

When she began the ride, about six or seven kids participated. The final ride this Friday was made up of more than 30 kids and parents. “There very well could have been more,” she said. “They were all strung out and it was hard to count them.”

The ride once consisted of children and parents from the Williamsburg Village neighborhood, but it branched out to include residents of Green Acres last year. “We ending up having a stop to join the two neighborhoods, and we picked up more parents,” Bischoff said.

Despite the success of the ride, Bischoff said she doesn’t think there will be a way to adapt the tradition following the close of Jennie Rogers. She said it won’t be feasible to ride bikes to the Hogsett school from their communities, and there are safety concerns with riding to the Toliver school due to its proximity to major streets and downtown traffic.