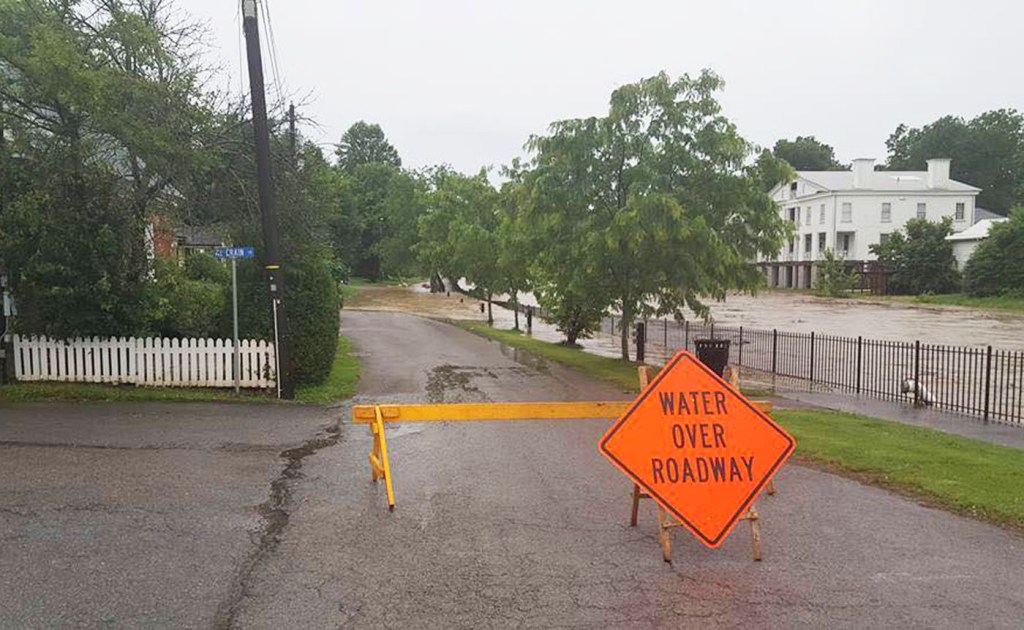 Courtesy of the Perryville Fire Department The Chaplin River flooded on to Smith Street in Perryville Thursday night, when a storm swept the region.

Mitchellsburg Road from Harberson Lane to Webster Road and Smith Street in Perryville were closed for a while.

“Other than those two, that’s all,” he said.

There were no evacuations that he was aware of, but the water did get close to some houses.

“It was a minimal thing,” Wilder said. “We didn’t have any real wind gusts of any problem.”

He said there was a tree blown over, but it was an old tree and “it didn’t take much” wind to knock it over.

“Student safety is our number one concern,” Assistant Superintendent Chris Holderman said, explaining that the warning came in at 2:58 p.m. He said there was a bus that had come from Junction City and delivered kids for the after-school program.

Wilder said he will be getting periodic updates on the weather from the National Weather Service for the Great American Brass Band Festival. He said the weather is supposed to be good for the weekend’s festivities.

The Great American Balloon Race originally set for Friday night was rescheduled due to weather for 7 p.m. Sunday.