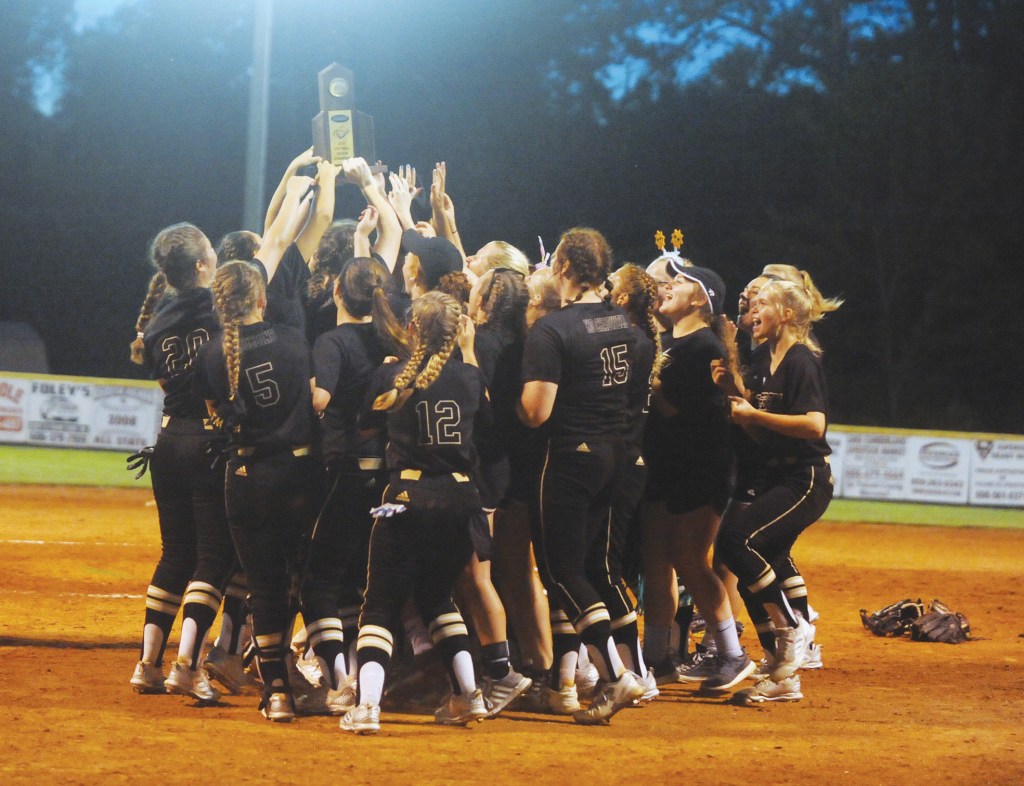 Against one of the best pitchers in the state, the Rebels scored two runs while their own aces kept East Jessamine off of home plate in a 2-0 12th Region championship victory.

“Hannah James is a phenomenal pitcher. I had to go small ball because we weren’t able to drive her in any way, so we went small ball, forced them to make plays,” Deem said. “We were able to get base runners on and find a way to get some runs across the board.”

James has more than 1,000 career strikeouts and will be playing college softball at Murray State. She gave up just four hits across seven innings with 10 strikeouts, but the Rebels made those hits count.

East Jessamine, however, had the biggest threat of the first five innings: The Jaguars loaded the bases in the first frame, but Boyle starter Katy Grace Chadwell got out of the jam with a strikeout and groundout.

“Our pitchers didn’t do a good job getting ahead, but they found ways to get out of tough spots,” Deem said. “The first inning, it doesn’t get any tighter than that. Bases loaded with one out, we found a way. Katy Grace found a way.”

It was quiet in the middle of the game, with both Chadwell and James tearing through the opposing lineup. Chadwell finished with five innings of shutout baseball, giving up one hit and two walks while striking out four.

She worked around a leadoff walk in the fifth inning thanks to a double play from Emily Glasscock at third base, who caught a line drive and doubled up the runner at first base.

In the sixth inning, Chadwell had the at-bat that broke the game open — in unique fashion.

Boyle’s leadoff in the sixth inning was Izzy Gervacio, who reached first base on a bunt single. Mattie Robbins was next up and reached first after striking out.

Both runners were in scoring position after steals.

And that’s when Chadwell laid down a bunt.

“Katy Grace Chadwell showed the most unselfish deed that I’ve seen in a long time in softball,” Deem said. “A 3-hole hitter that can power the ball out of the park, and she gets up there and bunts and executes the squeeze play. They never saw it coming, and it was perfect. That exemplifies that kid’s character and exemplifies the heart that we have in this team.”

That run would be the difference.

Kelly Lay entered the game and shut down East in the sixth inning, with help from freshman Kyndall Honaker entering at second base as her replacement in the field.

In the seventh, Gracie Edmiston reached base on a bunt. Her pinch-runner, Hailey Cannon, stole second and scored after a bloop single from Glasscock. The three freshmen delivered the decisive second run when it mattered most, Deem said.

“Hailey Cannon came off of the bench and scored from second base on that bleeder by Emily Glasscock. That pretty much took the wind out of East’s sails,” the coach said. “Kyndall Honaker comes in at second base and makes big plays. Three freshmen who haven’t played much but they brought into their roles. Special heart right here.

“Emily as a freshman came in, never said a word. She just sat back, kept working and waited for her opportunities. When her opportunity came up, she took it and she just played. She didn’t play like a freshman tonight, that’s for sure. That double play was huge. We had our corners in a lot tonight, tried to make them beat us long. On that play, that was no outs and that could’ve been bad for us. But she stood up there and was solid.”

Lay shut down East in order to end the game, finishing with two innings with just one hit allowed.

“Getting ready for them to go their third time around, we had just gotten Hannah James out, and my pitching coach said it’s time for them to see someone else,” Deem said. “We’re fortunate that we have two pitchers that can start every game. We can maneuver things around however we want to, we have defensive players and role players.”

Robbins, the catcher for both pitchers, had to have multiple mound visits after errors or walks put her two pitchers in precarious situations. But each time, the Rebels got out of the jam.

“A lot of times I just go out there and crack a joke with them, with Katy especially, I want to make her relaxed,” Robbins said. “When she walked that girl in the fourth inning, I knew I had to go out there because she was frazzled and throwing balls, slowing herself down. Kelly, I just tell her to hit her spots and you’ll be perfectly fine.”
Robbins was one of five seniors who graduated on Friday — less than 24 hours before their region championship game. She said the seniors were worn out after Project Graduation the night before.

“This feels so good,” Robbins said of the win. “It’s such a rush of energy, a lot of us seniors were coming off of Project Grad last night, we were all absolutely exhausted, running on maybe five hours of sleep, Danielle (Roney) maybe two. We were all coming out, just trying to get that energy. Then we just took off. Going back to state, it’s just so exciting.”

Deem recalled the prestigious Big M Classic at Elizabethtown as a turning point for the team: Boyle tied Webster County 2-2 and beat a top-10 McCracken County team to finish the event strong.

“I told them before we left, after all they had been to with the schedule, the practices, we had our own share of laundry we had to clean,” Deem said. “To see them get to the point where it was at the Big M, that was the turning point. That’s when this group believed. They knew they could play with the best.”

The Rebels will face Estill County (20-12) in the first round of the state softball tournament on Thursday at 7 p.m. in Owensboro. A win and Boyle could face Scott County (33-2) in the second round. The Cardinals beat Boyle 5-0 in the second game of the season.

“We’re going back to Owensboro. It’s a special feeling to go down there, take these kids,” Deem said. “I think last year, people kind of thought we backed our way in because of the injury to James last year. I felt like we earned it. Then to get out there tonight with her on the mound and earn it, it makes it sweet. She’s an excellent pitcher and she’s got great things to come, I have the utmost respect for her. My girls found ways to put two runs across. It doesn’t have to be pretty, and it wasn’t. It was a dog fight. We’re region champions.”