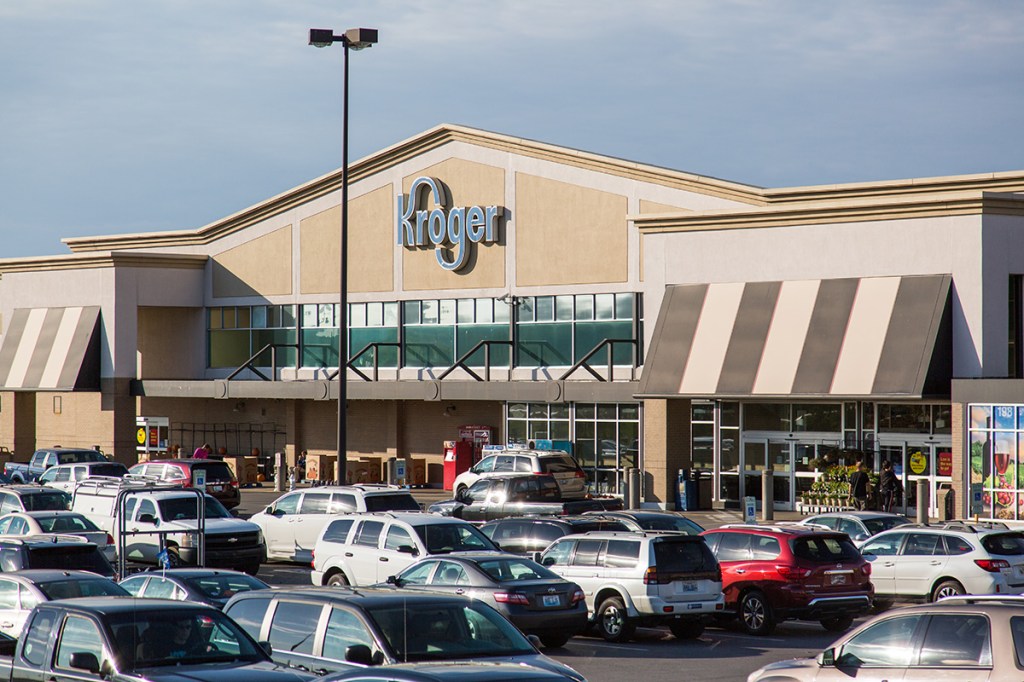 (File photo) Kroger wants the 2016 valuation of its Danville location lowered from $5.5 million to $2.75 million. The Kentucky Claims Commission backed the $5.5 million valuation in an order last year, but Kroger appealed and now Boyle County Circuit Court Judge Darren Peckler has remanded the case back to the KCC to be heard again. At stake is an estimated $37,000 in property taxes, the bulk of which would go to the Danville Independent School District.

Kroger and the Boyle County Property Valuation Administrator are still arguing over what the Danville Kroger location’s value is, more than two years after the legal fight began. At stake is around $37,000 in 2016 property taxes, which Kroger says it shouldn’t have to pay because it believes its store was worth about half what the PVA assessed.

In mid-May, Boyle County Circuit Court Judge Darren Peckler agreed with one of Kroger’s arguments in the case — that the Kentucky Claims Commission failed to comply with the law when it ordered last September that the PVA’s valuation should stand. Peckler remanded the case back to the Kentucky Claims Commission and required it to “provide specific findings regarding its rationale” for upholding to PVA valuation.

Boyle PVA Eddie Tamme valued the Kroger property on the south side of Danville at $5.5 million in 2014, according to PVA records; that value was used for property tax purposes in 2014 and 2015. Kroger submitted an appeal in May 2016, arguing the property’s value should be revised downward to $2.75 million.

Kroger filed a letter in support of its case the same date of that hearing, stating the property is 7.03 acres and the main building is 62,295 square feet.

“Kroger has concluded that this store is at the end of its economic life and that it no longer properly serves its customer base in the area,” the letter reads. “As a result, Kroger intends to replace this store in the very near future. The appraisal submitted to this board was requested as part of Kroger’s review of the property.”

Kroger appealed the local board’s ruling to the Kentucky Claims Commission (KCC), which deals with tax appeals statewide. KCC heard the case in March 2017 and issued a final order Sept. 26, once again upholding the PVA’s assessment. But during that case, KCC’s hearing officer, Patrick Flannery, recommended changing the value of Kroger’s property to the lower $2.75 million that Kroger wanted; the KCC ultimately did not accept Flannery’s recommendation.

Kroger then appealed the KCC order on Oct. 25 by filing suit in Boyle County Circuit Court. That appeal is what resulted in Peckler remanding the case back to the KCC.

“Final Order No. 25353 of the Kentucky Claims Commission does not comply with the statutory provision in (state law) requiring that in the event ‘the final order differs from the recommended order, it shall include separate statements of findings of fact and conclusions of law’ and ‘must articulate a rationale for departing from the recommendation which is sufficient to explain the reasons for the deviation and to to allow for meaningful appellate review,’” Peckler wrote in his order.

Mitch Mattingly, an attorney for the KCC, said the KCC reviewed the order from Peckler at its May 24 meeting. The same order upholding the $5.5 million valuation will likely be re-issued, along with “supporting findings,” Mattingly said. The KCC will review a draft of the new order at its June meeting, he said.

Kroger has also appealed its 2017 valuation. According to the KCC, that case is being held in abeyance until the 2016 case is resolved.