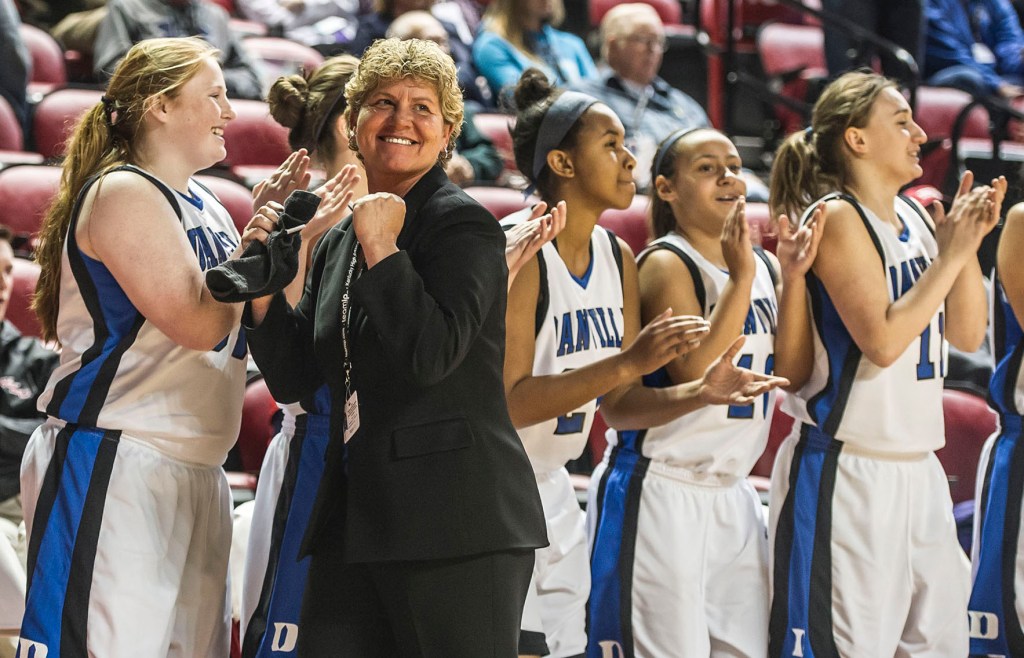 Judie Mason is back on the sidelines.

Danville announced Monday that Mason will return as head coach of the Admirals’ girls basketball program.

“As soon as I learned that coach Mason was interested, I wanted to get with her and talk to her,” Danville athletic director Lisa Fisher said. “I knew that she was the person for us to get the girls going and to revive a program that she revived starting in 2007-08. She and I were able to get together (Monday morning) and talk, and she has accepted the job. We’re excited to have her back, excited for summer ball and a new season.”

Mason was away for three years — the Admirals have had two coaches and a 48-39 record in that time. Now, the itch to coach is back.

“Like I told Lisa, when I found out that the job was open, this is my program,” Mason said. “When I came here in 2007-08, we had goals in mind and we reached some of those goals. When I walked away three years ago … I had been a head coach since I was 21. I kind of needed a break, the program needed a break. I walked away, didn’t go to a game for three years and then went and watched our boys play in the regional tournament and got the bug, decided that I needed to be back coaching Danville basketball.”

Mason knows the area well — according to Advocate-Messenger archives, Mason has a 430-254 career record in 24 years as a head coach at Somerset, Boyle County and Danville. She started in Somerset in 1991.

“I like everything about the program, it’s in a lot better shape when I took over in 2007-08,” Mason said. “They say ‘once you’re an Admiral, you’re always an Admiral.’ I feel like I’m an Admiral, I’ve been here 12 years and I had many other offers. I couldn’t see myself coaching anywhere else other than Danville.”

She quit coaching three years ago but hasn’t left the Danville schools — she’s still the physical education teacher there and knows the talent that the program has in all classes.

“I’ve been here 12 years, I drive from Somerset every day so I can teach and work with Danville kids. I just want the program back to where it was three years ago, I’m not shy about saying that I want to be at the top of the region. Our first goal is going to be to win the region.

“Danville’s got a good team, we don’t look at anyone else, we just look at what we have, take care of what we can control. I know there’s a lot of good kids in this school system, I’ve been in the building every day for the past three years, even though I wasn’t on the sidelines coaching and I see the athletes in my physical education classes. I’m excited to get started, I’m ready to start practice ASAP.”

Mason met with her team yesterday, shortly after accepting the job, and said she’s ready to get to work.

“I’m excited. I’m ready to start today,” she said. “What I enjoy more than anything are the practices and the summer. Hopefully tomorrow we’ll get started, we’ve got a long summer ahead of us to get back to where we want to be. I’m excited to be back at Danville.”