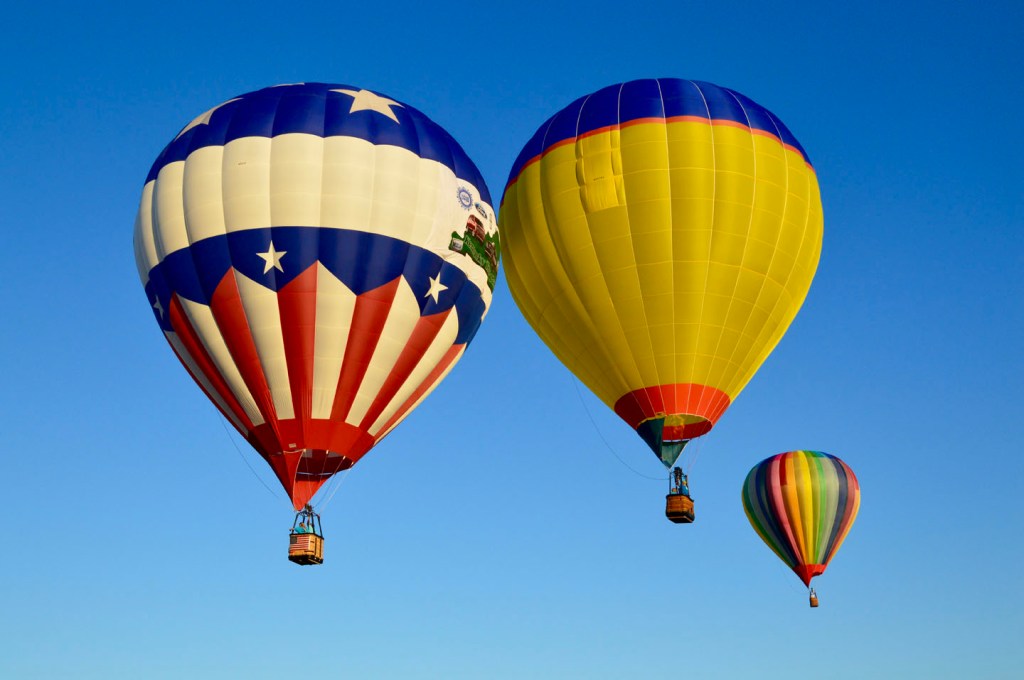 As someone who has attended The Great American Balloon Race since 5-years-old, at 19 — the excitement in the atmosphere was still just as prevalent to me. One of the flagship events of GABBF, the race had to be rescheduled from its normal Friday-night schedule at Stuart Powell Airport due to inclement weather. But in my 14 years of balloon race attendance, I have never seen a crowd as large as the one on Sunday.

People occupied every available patch of grass surrounding the runway. Complete strangers sat mere inches from one another and bonded over the colorful balloons. Lighthearted discussions could be heard about previous winners, funnel cake and the patterns of the balloon fabric. 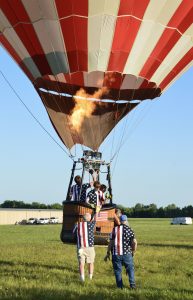 Behind the grass area were inflatables, and children anxiously awaited their turns on the pirate ship bounce house, giant slide and obstacle courses. Others tried their hand at the football toss among many other games.

Scattered throughout the airport were several places to get a variety of carnival-esque foods. Blue and pink cotton candy seemed to be in the hands of every little one, or at least in the hands of their parents. Another popular item, a recurring balloon race favorite, was funnel cake. The line for funnel cake wrapped around the food section of the airport and intertwined with the equally long queues for ice cream and barbecue.

There was concern about whether or not the balloons were going to be able to lift off due to wind speeds reaching 15mph earlier in the day. Thankfully for those in attendance, the winds settled as the evening progressed. The Hometown Live Radio Network balloon led the pack and left the airport at approximately 7:30.

As each balloon left the airport the passengers would wave down to those spectating on the ground. This was often returned with whistles and claps acknowledging each team’s successful takeoff.

Two balloon pilots finished within the scoring range and time constraints. Three others were able to attempt to score but were out of range or late reaching the scoring area. First place was awarded to Bill Smith who was able to come within 89 feet of the target. Second place was received by Don Connor whose bag fell 122 feet and 8 inches from the target.