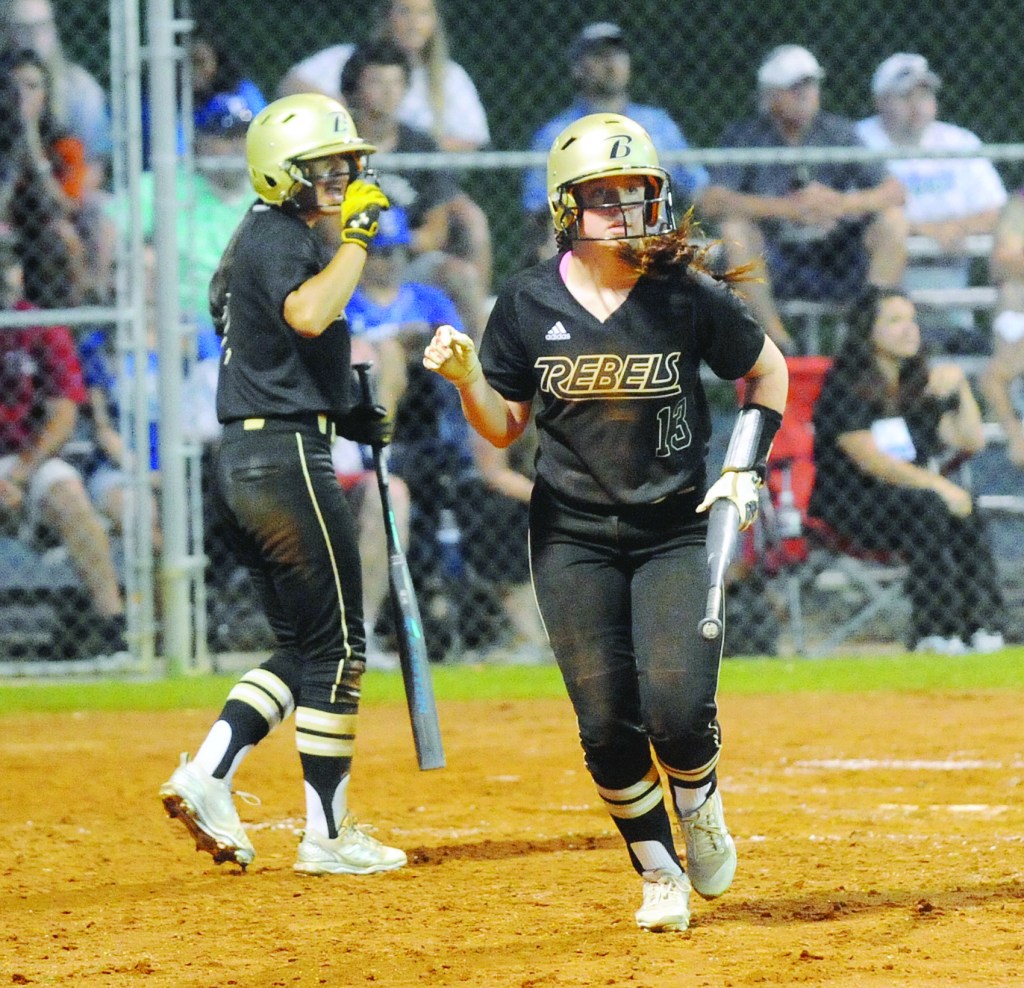 When Boyle County softball returns to Owensboro this week for the state tournament, it’ll be with more underclassmen than upperclassmen.

The Rebels will bring three eighth graders to the state tournament and rely on sophomores and freshmen to win games on the state’s biggest stage.

But these aren’t your usual underclassmen: Most freshmen and sophomores on the Boyle team already have state tournament experience from last year’s run.

“They’ve all been there,” head coach Brian Deem said. “They know the excitement level, and we did it again this year. We brought up three eighth graders from our middle school team. They know they might not play, but we brought them up to be a part of the experience, what high-level softball is. I think that helps us a lot, it’s an eye-opening experience to see the high-school level and how fast the speed of play is. Next year when they get out on the field they won’t be intimidated, that learning curve will be smaller for them.”

The players say that the experience has been a boost for them — particularly during a tough season and postseason.

“It’s really good having experience, last year we didn’t do as good as we hoped because none of us had been there, we were nervous,” sophomore Izzy Gervacio said. “I think we’ll go into it better this year, knowing that the competition is really good there.

“Our schedule was really hard this year, we knew that going in. We just had to push, but it made us better going into region games because we had played so many good teams. We know what our potential is and know we can make plays.”

Gervacio has held down right field for the Rebels this season and bats in the No. 9 spot in the order. She scored the go-ahead run for Boyle in the 12th Region championship against East Jessamine after reaching on a bunt single and stealing two bases.

“Izzy came in last year and patiently waited her time and midway through the year she got that right field spot,” Deem said. “With her speed and athleticism, she can make some of the most difficult catches become very routine. She does a very good job of that. I like using her as a slapper, she gets the ball down and as you saw in the region championship, she can leg out a lot of those infield hits and that’s a huge plus for us too. A base hit can turn into a triple. She’s doing an excellent job for us.”

Fellow sophomore Keely Bowling — tied for 11th in the state with 11 home runs this season — has been integral in the cleanup spot for Boyle.

Everyone knows Bowling for her hitting prowess, but Deem said she’s really made an impact on the other side of the ball.

“Keely came in last year and did a really good job hitting for us, but I think the thing that she’s really taken a sense of urgency on this year is getting better at first base,” he said. “For us, she has a great knack for picking the ball clean, she has great hand-eye coordination and that helps her hitting. She’s done a great job over there anchoring down first base. Even on tough throws, I feel confident that she’ll dig them out.”

Bowling said she’s taken the time to learn each of her teammates in the infield — how and where they like to throw — and that has helped her make plays at first base.

“I think I’ve improved moving my feet, positioning on the bag,” Bowling said. “I’m not striding out too early, and I’ve grown to learn each of our players at different positions and how they throw the ball.”

She was also quick to credit her teammates in front of her in the lineup.

“It starts with Mattie (Robbins), if she’s successful then everyone wants to get on base and do their job,” Bowling said. “The rest of us heat up and it just gets everyone rolling.”

Gervacio agreed, and said when she’s trying to flip the lineup, her goal is simple.

The Rebels are rolling along, winners of 13 out of 14 games entering the state tournament. And Deem said the experience of those underclassmen has been critical to his team’s run.

That was evident when freshman Kyndall Honaker — who replaced Kelly Lay at second base when Lay relieved Katy Grace Chadwell on the mound against East Jessamine — secured an out at first base instead of risking a double play ball on a softly hit ground ball.

“We train our youth to look for a certain play first,” Deem said. “Her experience, her instincts, she makes the adjustments and realizes that the most important thing is to get an out. If you get outs, you’re limiting their opportunities for big innings. That’s something we’ve preached here: No big innings.”

Honaker and fellow freshman Hailey Cannon have been key for Deem this season.

“Whenever we pitch Kelly, Kyndall has to come in at second base,” Deem said. “And she has been instrumental this year for us at second base, she’s got good range, athleticism, nice arm. She had the home run that put us up 6-3 against McCracken County. She’s faced high-level competition and has done her part.

“Hailey Cannon is a great utility kid for us, she plays short, she plays outfield, she plays second, she can catch. The biggest asset for us since (sophomore) Kelsea Hinkle has been out, she’s taken over as the courtesy runner. I get her on the bases, she’s got great speed, great instincts and reads the game well to take advantage and get extra bases where we normally wouldn’t.”

When runners reach base, Bowling likes her team’s chances.

“It’s really special, the kind of bond we have. Just this team in general, it’s really talented,” she said. “Once our bats get going, we feel like we can beat anybody.”