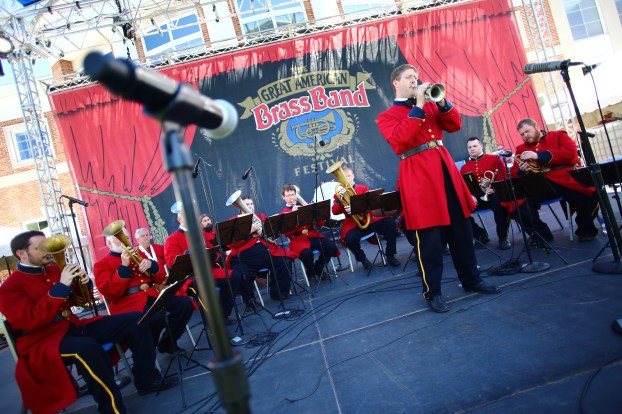 David Goins, musical director of Saxton’s Cornet Band, is no stranger to Danville. He played trumpet in three performances this past weekend at the Great American Brass Band Festival — a festival he has played in for 25 years.
He believes his performance with Saxton’s Cornet Band on Sunday at Centre College’s Mainstage is the best representation of him “in action.” That performance on Sunday was his favorite of the weekend. 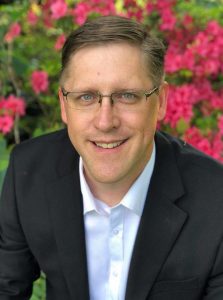 “Unlike all the other bands that played, we went out on Sunday and played a very intimate concert. The crowd was so into the music, and we were literally two feet in front of them,” he said.
His father-in-law, who is a fellow musician, compared the band to rock stars, noting the amount of people who wanted pictures with them after their performance. Goins said the personal performance was intended to bring the audience back to the 1870s-1880s.
Goins said his life as a musician has not been without problems. Saxton’s Cornet Band is a Civil War-era band whose instruments are true to the time, which can create problems. The band is constantly maintaining their 150-year-old instruments in order to keep them in playable conditions, he said.
“My horn and I have had some trouble, and it wins most of the time,” he said laughing. “On a serious note, I’m getting older and the band is trying to maintain chops so we can entertain and keep the music alive.”
Goins said the effort is well worth it. He’s in a position where he has to do a lot of explaining. Normally when he tries to explain his band to people, they are confused.
“That’s why the crowds are my favorite part of Brass Band weekend. The audience understands the novelty of hearing a Civil War-era band who plays the music from that era with the instruments from that era,” Goins said.
Although he enjoys people who understand his work, Goins also gains perspective by being an attendee of the festival, rather than just a performer.
“It’s great for me to see some of my colleagues and heroes right in front of me,” Goins said. “The Brass Band Festival is my Woodstock.”
Goins recalled why he originally got into the industry.
“I’ve loved music since an early age, but I was originally inspired by my older brother,” he said. “He was in college when I started playing in my school band and I wanted to be like him since sixth grade.”
Goins said his parents had relatively little to do with his passion for music.
“My parents were as unmusical as could be. They sung in church, and were supportive of my brother and I, so at least there’s that,” he said.
Music has played an important role in his life, and he recognizes its helpful tendencies. “Music is such a great tool for coping. How awful life would be if we didn’t have music to fall upon during hard times or good times.”
Goins said he sees good times ahead, as he was recently appointed as musical director for the Lexington Brass Band. Going forward, he added, he hopes his future is filled with the music he loves creating and listening to so much.
You Might Like

A Danville woman is charged with endangering the welfare of her children due to extremely unsafe and unhealthy living conditions.... read more